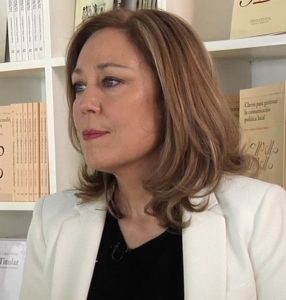 Director, (U.S.-Mexican) holds a B.A. in Social Thought and Institutions and a Masters in Latin American Studies, both from from Stanford University. In 1986 she received a Fulbright Scholarship and has lived and worked in Mexico City since. She has published hundreds of articles and chapters on social, economic and political aspects of Mexico and co-authored Confronting Globalization: Economic integration and popular resistance in Mexico. Before joining the Americas Program, Carlsen worked in Equipo Pueblo, as correspondent for Latin Trade magazine, editor of Business Mexico and freelance writer. She works with Just Associates (JASS) and has been a gender and communications consultant for the Nobel Women’s Initiative, and policy consultant and writer for  the International Organization for Migrations. She is a columnist for Desinformémonos, Foreign Policy in Focus, Counterpunch and Palabras al Margen, a panelist on KPFK’s Friday Round Table with Margaret Prescod, and a commentator on Americas Now!, Al Jazeera English, Univisión, Telemundo, BBC, CNN and numerous television and radio stations. She currently hosts Hecho en América on Rompeviento TV, and previously hosted the weekly TV program Interview From Mexico. Her op-eds have been published in Fortune,  The New York Times, USA Today, Le Monde and many other publications. She does frequent international public speaking tours on Americas Program issues, including the drug war, immigration, economic integration and gender justice in the region.