[ printer-friendly
PDF version ]
The prospect of a PT victory is growing more likely, and foreign investors are worried;
Alliances Key in the Scramble to Win Brazil’s Presidency
by Matthew Flynn | June 14, 2002

By tuning down its radical discourse and making alliances with other parties, Brazil’s left-leaning Workers’ Party (Partido dos Trabalhadores, PT) has the best chance in its 20+ year history to win national elections for president.
But Jose Serra, the candidate of current president Fernando Henrique Cardoso’s party, the Brazilian Social Democrat Party (Partido Social Democratico Brasileiro, PSDB), is also hard at work building alliances.
The first round of balloting is slated for October 6, and if no candidate wins a majority, there will be a run-off election on October 27.
The longtime head of the PT, Lula Inacio da Silva, was formally nominated as his party’s presidential candidate on June 10. This is his fourth consecutive run for Brazil’s highest post. In previous elections, Lula led the polls only to lose in run-off elections.
In those past election campaigns, the prospect of a PT-controlled government in Brazil provoked nervous tremors in the country’s business sectors. When Lula led the polls against Fernando Collar in the 1989 presidential run-off election, Mario Amato, then president of the Sao Paulo state industrial federation (Federacao das Industrias do Estado de Sao Paulo, FIESP), warned that hundreds of thousands of businesspeople would leave Brazil if the leftist candidate won.
Now, with just four months remaining before Brazil elects its next president and with Lula leading once again in the polls, foreign investors are showing signs of serious nervousness. The Brazilian daily O Globo, for example, recently reported that analysts at the Goldman Sachs investment bank have come up with a formula for predicting the potential economic fallout of a PT electoral victory this October, which they have dubbed "the Lula-meter."

Foreign investors fret over prospect of PT-led government
Lula’s star began to wax in April, after Roseana Sarney, the pre-candidate from the Liberal Front Party (Partido Frente Liberal, PFL) bowed out in the wake of a business scandal involving a family-owned company. According to a private opinion poll, Lula’s popularity jumped 10 percentage points in May.
Already, foreign investors are reacting to the possibility of a Lula-led government. His climb in the polls, combined with sluggish economic growth and increasing worries about the government’s fiscal accounts, prompted foreign banks and risk classification agencies to downgrade their ratings of Brazilian investments. The premium paid by the Brazilian government and domestic companies to contract foreign loans jumped from a low of 700 basis points in March to over 1200 points last week.
"Investors remain concerned that the country’s terms on debt could be reorganized if a new administration steers the country in a leftist direction," says rating agency Moody’s funds analyst Keith Murray.
This change in investor faith has provoked harsh reactions from politicians here. The president of Brazil’s Senate, for example, dubs the actions of the multinational banks that downgraded their ratings of Brazilian investments "economic terrorism."
As a way to dispel investor fears, Brazil’s finance minister Pedro Malan has called on the country’s presidential candidates to announce their plans for the economy and their commitment to the reforms undertaken by President Cardoso.

PT plans to reveal party platform on June 30
As market jitters continue to grow, leaders of the PT are assiduously developing their party platform. An initial document released by Antonio Palocci Filho, who is coordinating Lula’s campaign and the party’s platform, was cast in a radical light by the local press.
"The implementation of our program of government for Brazil, in a democratic and popular character, will represent a break from the actual economic model, [which is] founded on the opening and radical deregulation of the national economy and following subordination of its dynamic to the interests and moods of globalized financial capital," reads the statement drawn up by Palocci.
Glauco Arbix, a sociologist at Universidade de São Paulo with close ties to the PT’s leadership, says that if the party wins power it will not default on or renegotiate Brazil’s debt, it will respect contracts made by the past administration, and it will maintain monetary stability. But by focusing more on creating jobs, he adds, portions of the neoliberal recipe may have to be compromised, such as the inflation targets that have been adopted by the current government. "Less than 30 countries in the world use inflation targets," Arbix notes.
In the municipalities and states in which the PT has already governed, the party has have demonstrated prudent administrative practices and a respect for fiscal limitations.
At any rate, even if a PT-led national government wanted to make radical economic changes, it would still need congressional sanction–and it is unlikely the PT will hold a dominant position in congress.

Byzantine alliances will make or break the elections
Compared to previous presidential disputes in which the PT only had the support of a few leftist parties, this time around the party is actively forging alliances with parties in the center, namely the Liberal Party (Partido Liberal, PL) and the Democratic Movement Party of Brazil (Partido do Movimento Democratico Brasileiro, PMDB). "Brazil is a huge country. You need to make alliances in order to govern," Arbix explains.
Aside from establishing ties with the PL, the PT has also been courting elements of the PMDB, which currently forms part of the ruling coalition. Last week, the PT offered its vice-presidency to Pedro Simon, a disaffected PMDB senator. After serious consideration, the senator decided to follow party leadership in his home state of Rio Grande do Sul and turned down the offer. "An understanding between the PT and PMDB could be a social revolution in the country, but the bases of the PT are totally against this alliance," Simon said.
The PT has also carried out informal discussions with PMDB faction leaders Itamar Franco, governor of Minas Gerais and ex-president, and Orestes Quercio, the polemical former governor of Sao Paulo state.
PT overtures have served to create internal divisions within the PMDB–which is an agglomeration of regional political figures more than a coherent party. The PMDB’s leadership, which is composed of pro-government forces, asserts that it has over 60% of the rank and file support, while oppositionist forces in the party make similar claims.
While the PT attempts to bring PMDB elements to its side, the PSDB has been trying to cement its own, already established ties with that party as well. The PSDB’s Jose Serra has picked Rita Camata from the PMDB to be his vice president. If the duo wins the election, she would be Brazil’s first female vice president.
Despite the close ties between the two parties during the two terms of President Cardoso, many PMDB members have opposed the administration’s initiatives and view Serra–whose truculent style differs from Cardoso’s political finesse–in a negative light.
At a PMDB conference that starts June 15, the party will decide if it is going to renew its political alliance with the PSDB or not–a decisive moment in this year’s campaign. While it is close to certain that the party will not make a formal alliance with the PT, the left-leaning party could still win out if the PMDB also chooses not make an alliance with the PSDB at the federal level. If this is the case, the PT could win the support of PMDB state leaders.
In the months leading up to the elections, the political jockeying is likely to become even more frenetic. The standings of the various candidates in public opinion polls are likely to undergo additional swings as well.
Most observers predict that Lula and Serra will dispute the presidency in a run-off election.
"Lula will certainly be in the second round. And due to the government’s political machine, Serra has the greatest probability of going to the second round," says Ricardo Guedes, the president of the Brazilian polling group Sensus.
Matthew Flynn is foreign correspondent based in Minas Gerais, Brazil. 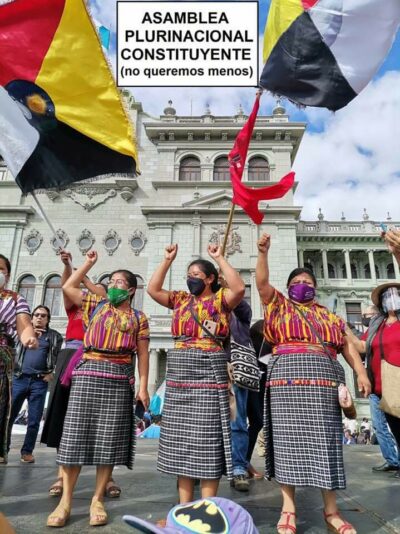