Ryan Murphy, creator of television’s popular reality TV show Nip/Tuck, has a theory based in Greek tragedy of why viewers tune in to see volunteers request extreme plastic surgery and wind up hideously disfigured. "It’s a cautionary fairy tale. It says, ‘Be careful what you wish for’,” he told USA Today recently.1

This fable has relevance for Venezuela’s opposition, and not just because of the country’s historic affinity for plastic surgery and beauty pageants. After five years of extra-constitutional attempts to remove President Hugo Chávez from power, the U.S.-supported Venezuelan opposition finally got what it has asked for: a referendum on Chávez’s rule on Sunday. But having attained their stated goal, it could be the worst thing that has happened to them.

Initial announcements from the National Electoral Council (CNE) show that Chávez won a resounding victory with 58.26% of voters (or 4,991,483) reconfirming his electoral mandate, as against a meager 41.74% (or 3,576, 517) showing for the opposition. Ninety-four percent of the vote was counted as of Monday morning, and by Monday afternoon the Carter Center certified these results. Not only did the opposition not get a majority, it did not even turn out the 3,757,773 minimum bar required by the Constitution to trigger a recall (based on what Chávez received in the last election). The most thorough poll by Evans McDonnough (a respected U.S. firm that has worked
for Rep. Dick Gephardt in the past) showed Chavez beating the referendum by a
margin of 50 to 38%; and when you exclude undecided voters in the actual vote,
that is about what Chavez received.

The preliminary results also show that Chávez maintained roughly the share of the vote he received in the 1998 and 2000 elections (56% and 59%, respectively), while adding a total of 1,233,227 supporters. As Jimmy Carter said on Sunday, “This is the largest turnout I have ever seen,”2 with polls staying open until midnight to process the 8,567,517 who turned out. The previous record in Venezuelan history was the 1988 elections, when 7,524,760 turned out.

The presumptive Chávez victory hinged largely on turning out his base of poor voters, who have been the primary beneficiaries of his administration’s social spending. Toward this end, nearly 2 million people were registered to vote in recent months and over 4 million given new national identity cards, which are required for voting. The government and the national oil company PdVSA have also been using some of the proceeds from high oil prices to launch massive literacy and health programs, which have already benefited millions of people.

Polls also show that a majority of Venezuelans think that the Chávez government represents the country very well internationally, and it is possible that it benefited from the spillover effects of overwhelming support from the rest of Latin America. The Brazilian governing Workers Party (PT) endorsed Chávez in the referendum, as did the CUT union federation and many prominent intellectuals and activists from across the region.3 Recent months have also seen a flurry of movements toward deeper regional integration, with Venezuela joining the Southern Cone trading bloc Mercosur as an associate member, and oil sector and economic cooperation agreements signed with Argentina, Caribbean countries, and even Álvaro Uribe’s right-wing government in Colombia.4 Even Chilean President Ricardo Lagos, whom Chávez had provoked by backing landlocked Bolivia’s demand for sea access through Chilean territory,5 recently said that “[The international community] must applaud him. The referendum is a peaceful solution: it takes courage to go through with it, and Chávez embodies courage.”6

The opposition is already busy using national and international media outlets to try to discredit the outcome of the referendum. "We categorically and absolutely reject these results," said Henry Ramos Allup, leader of the Democratic Coordinator (CD) coalition of opposition parties. "The National Elections Council has committed a gigantic fraud.”7 While it is possible that the final numbers will differ from these preliminary numbers, they are unlikely to shift by enough to make a substantive difference. In fact, Carter has already urged the opposition to back down, saying, “Now it’s the responsibility of all Venezuelans to accept the results and work together for the future”8. Nonetheless, some opposition leaders are calling for a full manual recount.9

This is in keeping with the opposition’s strategy for the last few months, when they have denounced the electronic voting machines as unreliable–although the Carter Center and opposition members of the CNE have certified their accuracy–and claimed voter intimidation, although no such systematic intimidation has been reported to Venezuelan authorities or human rights groups.10 While Sunday’s voting was not without incidents (at least one death was reported), it was minor compared with the worst-case scenarios predicted by many analysts.

Some of the opposition’s own extreme rhetoric may have scared away some of the swing votes. Former president and opposition leader Carlos Andrés Pérez recently told the Venezuelan daily El Nacional that “Chávez should die like a dog” and that violence “is the only option we have left” to remove him from power. Perez added that a coup government would be needed for several years before democracy could be reinstated.11 Venezuelans’ fears about violent opposition strategy were showing up in pre-election polls as well, with 12% saying that the opposition itself is the most serious problem facing the country, preceded only by crime and unemployment. Chávez, by comparison, is not considered a serious problem for the country; only 1% saw him as the country’s most serious problem.

While there is still no official reaction from Washington, it is clear that the Bush administration has quieted its rhetoric in the past few weeks, perhaps in fear of a repeat of Bolivia in 2002, when State Department condemnation of indigenous leader Evo Morales led to a surge in his support among voters.12 In any case, Washington gave some indication of its state of thinking when a senior administration official recently told the Financial Times that, “The U.S. has put all of its eggs in the referendum basket, hoping for a Chávez loss. Of course this is rather a risky strategy, since if Chávez wins then we are pretty much stuck with him since he will have been confirmed through a democratic process three times.”13

Sticking with the democratic result would be counter to the administration’s actions over the past few years, when the U.S. has invested about $1 million a year into the Venezuelan opposition.14 According to documents obtained under the Freedom of Information Act, the congressionally funded National Endowment for Democracy provided $53,400 to Súmate15, the organizer of the petition drive to oust Chávez, whose leader Maria Corina Machado "signed-in" as a witness at the April 2002 coup government swearing-in ceremony that temporarily removed Chávez from power–an act widely considered to represent endorsement of the coup.16

These documents also reveal that development of the opposition’s alternative policy platform was partly financed by U.S. taxpayers, through a NED grant to the Center for International Private Enterprise and the Venezuelan Center for the Dissemination of Economic Information (CEDICE).17 Notably, the head of CEDICE, Rocío Guijarro, signed the Carmona Decree that dissolved the Venezuelan Supreme Court, Legislature, and abolished the Constitution during the short-lived coup.18

At this point, opposition members have two choices: they can continue the path of a negative agenda, united only in their hatred of Chávez; or they can attempt to craft a positive electoral agenda for 2006 on the basis of the better future that a majority of Venezuelans say they expect for the remainder of Chávez’s term.

Chávez was the first to offer to respect the results of a referendum as early as 2002.19 The opposition only committed to do this mere days before the election20 At the time of this writing, it isn’t clear if they will keep their promise. Chávez reached out to the opposition on Monday morning with a pledge to unify the country.21 Will the opposition and Washington support the same? As Chávez said in his reconfirmation speech, “Hopefully, from this day on Washington will respect the government and people of Venezuela.”22 That is something we can all wish for. 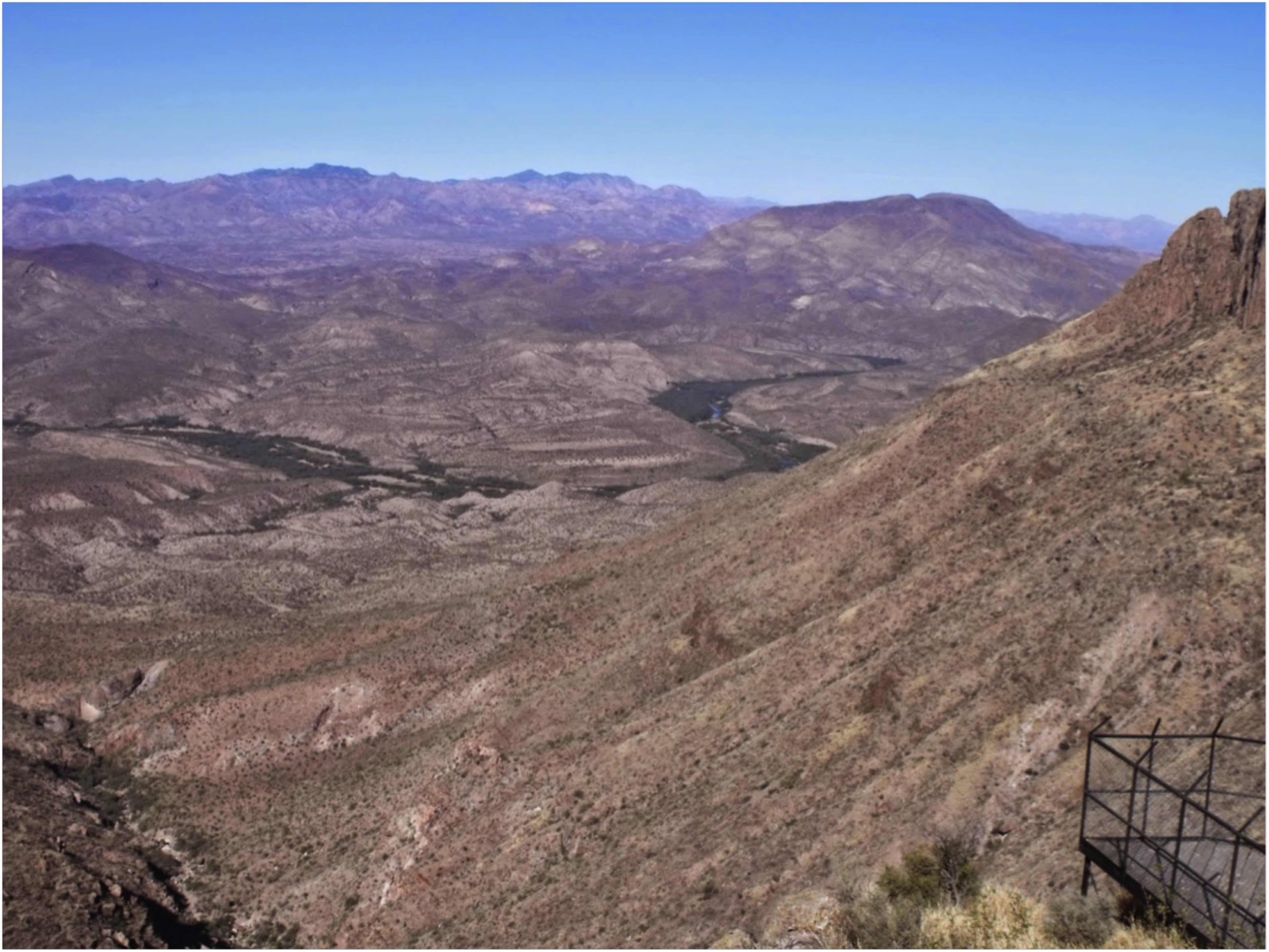 The Old and New Sonoras: The Context for Sonora’s Water Wars 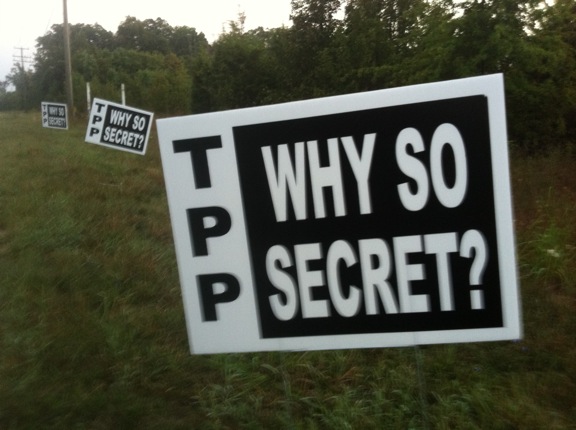