Free Trade and the Environment: Mexico, NAFTA, and Beyond
By Kevin P. Gallagher | September 17, 2004


During the NAFTA negotiations, proponents of the agreement argued that free trade would lead to seemingly automatic improvements in environmental conditions in countries like Mexico. Opponents of NAFTA said that the environment would automatically worsen in Mexico because Mexico’s lower standards would attract highly polluting firms from the United States. In effect, Mexico would serve as a pollution haven for U.S. industry. Ten years after NAFTA, what happened?
The proponents were generalizing from the so-called “environmental Kuznets curve” (EKC) hypothesis. The name derives from an analogy to the original Kuznets curve–the theory that inequality first increases, then later decreases, as per capita income grows over time. Studies in the early 1990s reported a similar relationship between environmental degradation and levels of income: environmental degradation may sharply increase in the early stages of economic development, but the rise in per capita income past a certain “turning point” seemed to gradually reduce environmental damage.
Economists hypothesized that environmental improvement beyond the “turning point” happened for three reasons. First are so-called scale effects: increases in growth correspond with increases in pollution. However, scale effects can be offset by what are called composition and technique effects. Composition effects occur when economies shift shifts toward services and other less pollution-intensive economic activities. Finally, technique effects occur when increasing income eventually leads to higher levels of environmental awareness, which translates into more stringent environmental policies as the growing middle class demands a cleaner environment.
Early EKC studies suggested the “turning point” at which economies would begin to get less pollution-intensive was a per capita income of approximately $5,000. This led to the policy prescription now heard in many negotiating rooms: that the environment can wait, since economic growth will eventually (and naturally) result in environmental improvement. More recent studies, however, have called into question both the specific findings and the broad generalizations from these early EKC studies.
Mexico reached $5,000 GDP per capita in 1985 (in PPP terms), precisely the year it began opening its economy. The data suggest, however, that subsequent rises in income have been small and environmental degradation has been large. Statistics from Mexico ‘s National Institute for Statistics, Geography, and Information Systems (INEGI) document how environmental degradation has overwhelmed any benefits from trade-led economic growth.
First, since 1985 real incomes have grown at just 2.5% per year, and less than one percent per capita. Second, according to INEGI, major environmental problems have worsened since trade liberalization began in Mexico. Despite the fact that Mexico reached levels of income beyond the range of a predicted EKC turning point, national levels of soil erosion, municipal solid waste, and urban air and water pollution all worsened from 1985 to 1999. Rural soil erosion grew by 89%, municipal solid waste by 108%, water pollution by 29%, and urban air pollution by 97%.
The results have been costly to Mexico’s prospects for development. The INEGI studies estimate the financial costs of this environmental degradation at 10% of GDP from 1988 to 1999, an average of $36 billion of damage each year ($47 billion for 1999). The destruction overwhelms the value of economic growth, which has been just 2.5% annually, or $14 billion per year.

The Pollution Haven Hypothesis
Is the Mexican environment worsening because Mexico is serving as a pollution haven for highly polluting industries in the United States? A number of studies analyze the extent to which economic activity in pollution-intensive industries expanded in Mexico before and after NAFTA. One would expect that the amount of pollution-intensive industry would decrease in the United States and increase in Mexico . What was found, however, was that the amount of dirty industry decreased more in Mexico than in the United States.
The reason why there is little evidence for pollution havens in developing countries is that the economic costs of environmental regulation and compliance are relatively s mall compared to other factors of production–especially those that determine comparative advantage. Mexico has an abundance of unskilled labor that finds employment primarily in manufacturing assembly plants. On average, such production processes are less pollution-intensive than more capital-laden manufacturing activities such as cement, pulp and paper, and base metals production. Economic activity in the latter sectors has actually fallen off in Mexico during the NAFTA period. Even at the margin, the costs of pollution control are too small to significantly factor into the average firm’s location decisions. In addition, many firms are simply too large and cumbersome to move to another location, and they need to stay close to their product markets. The marginal abatement costs are small relative to the transaction costs of decommissioning and actually moving to another country.
Although the majority of firms that move to Mexico do not move there because of low environmental standards, this does not imply that when firms move to Mexico they are model environmental corporations. In fact, the World Bank conducted a survey of over 200 firms in Mexico and found that, contrary to prevailing assumptions, foreign firms were no more likely than domestic firms to comply with Mexican environmental law.

Need for Strong Environmental Institutions
If the Mexican environment is worsening, but not because it is a pollution haven, what is driving environmental degradation? Costly degradation is occurring because the proper mechanisms were not put in place to help Mexico manage its economic growth in an environmentally sustainable manner. In the lead-up to NAFTA, Mexico doubled spending on environmental protection and started a much-needed industrial environmental inspection program. However, shortly after NAFTA was signed and fiscal and financial woes set in, attention to the environment nose-dived. According to INEGI, since 1994 real spending on environmental protection declined by the equivalent of $200 million, or 45%. Even at their highest levels, allocations for environmental protection were low in comparison to Mexico ’s counterparts in the OECD; as a percentage of GDP, they were only one-fifth that of other OECD nations. Tellingly, the number of industrial environmental inspections has also decreased by 45% over the same period.
The environmental "side" institutions created by NAFTA set some important precedents, but were not equipped to address these problems. At most, Mexico receives only one-third of the $9 million annual budget of the North American Commission for Environmental Cooperation (NACEC). NACEC has been effective in carrying out its limited mandate, enabling citizen groups to monitor environmental progress and convening cross-national information sharing and research efforts in North America. But its $3 million budget is dwarfed by Mexico ‘s budget shortfalls and buried by the $36 billion price tag of environmental degradation.

Environmental Lessons From NAFTA
There is no evidence that pollution has begun to decrease now that Mexico has passed the theoretical turning point of $5,000 per capita. Nor have other environmental indicators begun to show improvement. This study also suggests that fears that NAFTA would create a pollution haven for dirty industry in Mexico were not justified overall, though the firms that have moved to Mexico have not always followed environmental best practice.
Together, these findings suggest two important conclusions as countries continue to negotiate the terms under which they will integrate into the global economy. First, if growth alone will not bring with it a long-term tendency toward environmental improvement, or if the turning point is so distant as to make the environmental costs of waiting unacceptable, then governments need to put in place the institutional mechanisms that can monitor environmental impacts and prevent unacceptable levels of environmental destruction. Without environmental laws, regulations, and the willingness and capacity to enforce them, trade-led growth will lead to increases in environmental degradation.
Second, since the evidence from Mexico suggests that environmental regulations and enforcement are not generally decisive in most firms’ location decisions, governments should have little fear in strengthening such safeguards. Governments will not be jeopardizing their access to foreign direct investment by enacting strong environmental legislation and enforcing it.
In short, governments need to act to protect their environments. The costs of doing so, in terms of lost investment, are likely to be very low. The costs of inaction are likely to be very high.
Kevin P. Gallagher is a research associate at the Global Development and Environment Institute at the Fletcher School of Law and Diplomacy and Tufts University and a frequent contributor to the IRC Americas Program. His latest book is Free Trade and the Environment: Mexico, NAFTA, and Beyond (Stanford University Press).

Three countries working together to protect our shared environment 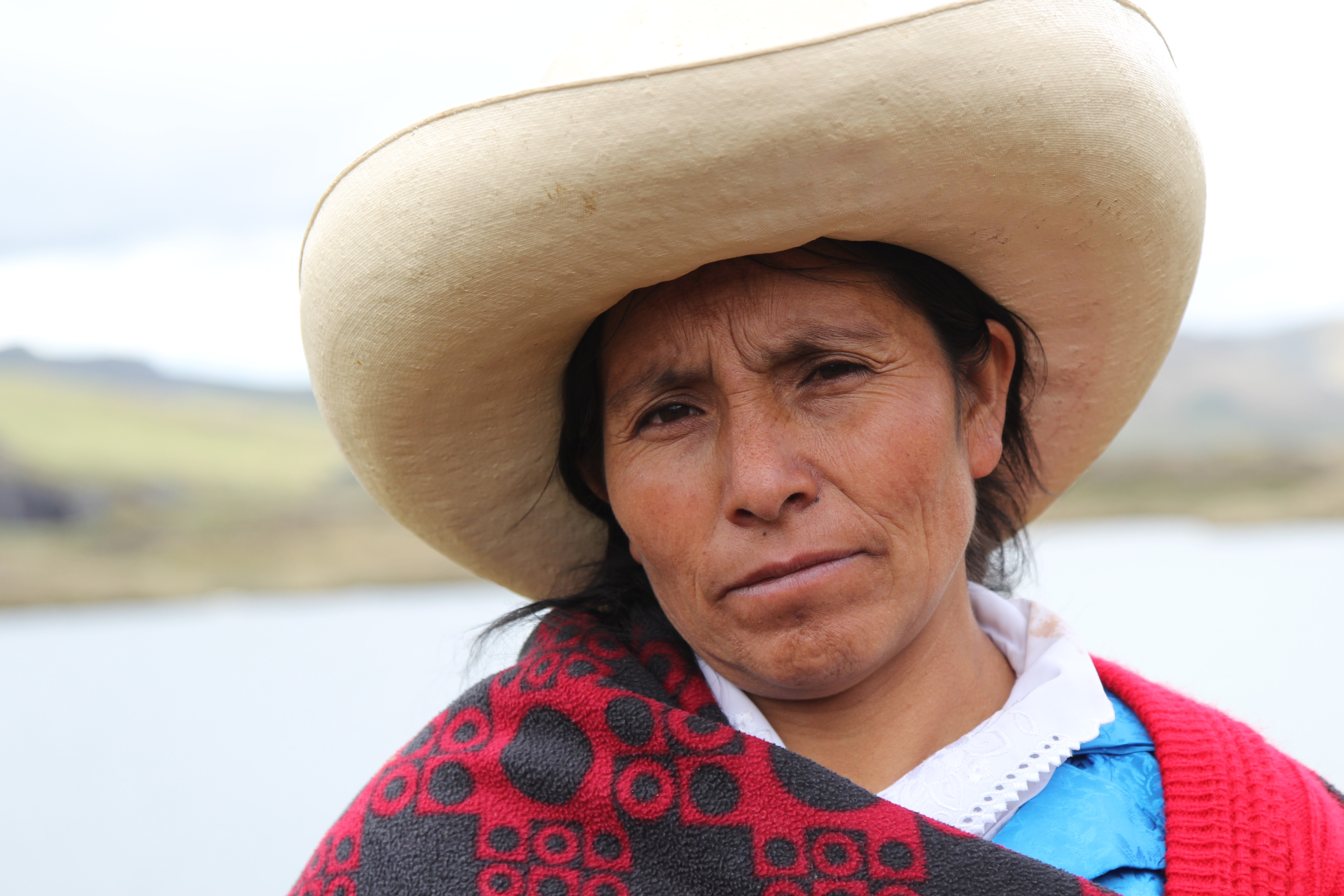