[ printer-friendly
PDF version ]
Overview of Self-Determination Issues in Latin America
Melina Selverston-Scher | May 2002
This brief was commissioned and originally distributed by the joint IRC-IPS Foreign Policy in Focus (FPIF) project. It is reproduced here courtesy of FPIF. Foreign Policy in Focus-A Think Tank Without Walls-and can be accessed online at www.fpif.org .

Self-determination is increasingly at the forefront of political discourse in Latin America. Oftentimes, the language of self-determination and national sovereignty arises when the people and governments of the region complain that onerous external debts and trade agreements infringe on national economic policymaking. There is also the long-running tension over Puerto Rico’s territorial relationship with the U.S., an issue highlighted in recent years by the demands of the residents of Vieques that the U.S. stop using the island as a bombing range. Over the past couple of decades, the indigenous peoples of the region–the hemisphere’s first nations–have taken up the demand for self-determination.
Scholars and politicians in Latin America have long expressed concern about what they have called the "indigenous problem." Some have proposed ways to integrate indigenous people into the wider society to increase their access to the political and economic benefits of modernization. Others, of a more anthropological bent, have sought to protect indigenous communities from the dangers of modernity. The debate continues today, although the challenge is most commonly framed as protecting cultural minorities from the potentially negative impacts of development while guaranteeing that they enjoy the benefits of it.
For many indigenous communities and intellectuals, however, the problem is framed differently. Rather then seeking protection, they are seeking self-determination.
Increasingly, indigenous movements are demanding control over their own political and economic development and the right to maintain their distinct cultural identities. Many claim this as their right to self-determination. But Latin American governments, while increasingly encouraging cultural integration and indigenous participation in the political process, have balked at recognizing the rights of indigenous peoples to self-determination.
Indigenous communities find it increasingly difficult to resist ethnic homogenization promoted by the market, media, and educational systems. In the face of homogenization pressures, indigenous political leaders are promoting ethnic and cultural diversity. In recent decades, as Latin America has made the transition to more democratic political systems and as civil society has developed, indigenous people have enjoyed new outlets and opportunities to express their political aspirations.

New Models of Self-Determination
Whether through political participation or violent struggle, indigenous people are developing new models to articulate some degree of self-determination within Latin American nations. Indigenous political demands for self-determination range from indigenous representation in national government to autonomy or self-government, depending on the specific context. In the Andes, where the indigenous population is often a majority, the demands tend more toward representation in government. In Mexico, where the indigenous communities occupy the fringe both geographically and otherwise, demands are for autonomous regions.
Self-determination is impossible without control over the necessary economic resources. That control is nearly impossible in the current context of natural resource exploitation, in which benefits are extracted to cities or foreign banks and not reinvested in the exploited territory. That is why most demands for indigenous rights include language calling for changes in the economic model, such as granting subsoil rights to the affected communities.
The meanings of the proposed solutions are still largely contested, but there are three general models: constitutional reform, pluri-nationalism, and autonomy.
In the eyes of many indigenous advocates, it is a mistake to talk about an indigenous problem when what needs to be resolved is in fact a societal concern. The advent of indigenous political parties, the development of new Constitutions throughout Latin America, and the gradual if tortuous establishment of the rule of law in the region all contribute to the common model of establishing a legal framework for the promotion of indigenous rights within the existing national regime. Countries that recently reformed their Constitutions to enshrine notable indigenous rights include: Argentina (1994), Bolivia (1994), Colombia (1991), Ecuador (1998), Nicaragua (1995), Panama (1994), Paraguay (1992), Peru (1993), and Venezuela (1999). A constitutional amendment in Mexico, the 2001 Indigenous Rights and Culture Law, remains contested.
Constitutional rights sought by indigenous people include recognition of the multiethnic nature of society, guaranteed bilingual education, and recognition of collective property rights, among others. Many indigenous groups also include the right to practice aspects of their own political and judicial systems within proposed constitutional reforms, and to varying degrees this has been granted. The current challenge facing indigenous groups is to pursue the implementation of these measures.
Pluri-nationalism–a term formulated in the Andean region to signify political recognition of the multicultural character of these societies–provides another potential model for indigenous self-determination. It can be particularly useful in bridging the inequality that generally is found among different indigenous groups in a country. (In Ecuador, for example, Quichua people dominate the movement, as the Miskito have in Nicaragua.) Although based on similar principles of decentralization, pluri-nationalism focuses on the survival of indigenous cultures within existing nation-states. In countries with a large indigenous population, like Bolivia and Ecuador, indigenous calls for self-determination can be especially threatening to the institutionally weak Latin American states. Yet, the concept of a pluri-national state is fast becoming a part of the political landscape of the region. In fact, a declaration from the meeting of the presidents of the Andean nations last year included a commitment to: "Continue to develop political strategies to recognize and value the ethnic plurality and the multicultural identity of the Andean Nations."
The concept of autonomy is a very important tool, although there are few models of how indigenous autonomy can be implemented. The Nicaraguan case is one of the most important experiments. The Nicaraguan autonomy law–ratified in 1987 and negotiated between indigenous rebels and the Sandinista government as part of the peace accords–was grounded in a series of consultations with communities. The result was a decentralized representational framework that respects local authorities yet guarantees indigenous representation at the national level. However, the sticky questions of who controls natural resource extraction and who polices the communities and the borders were never resolved to the satisfaction of the indigenous leaders.
Similar propositions for autonomous indigenous governments have been hammered out in peace talks in Guatemala and Mexico, but their implementation has been blocked in both cases. In Mexico peace talks collapsed, and in Guatemala the proposals were largely rejected in a public referendum. In Brazil, indigenous groups participated in constitutional reforms and won the right to demarcated indigenous areas as well as the right to defend their borders, though they often lack the resources to do so. One of the most successful examples of autonomy is that of the Kuna in Panama. The Kuna, with informal U.S. support, revolted against the Panamanian government in 1925. As the result of a negotiated settlement, the independent Kuna Congress now exercises full authority over its area. Each indigenous situation is unique, and the practical implications of autonomy need to be worked out both within each national framework and among the indigenous groups who propose it as a model.
From constitutional amendments to demands for autonomy, there is a wide range of proposals attempting to guarantee the rights of indigenous peoples in contemporary Latin America. Whether or not self-determination is the most practical solution, it certainly underlies all of the proposals under discussion. The delicate balance between the independence of indigenous nationalities and their existence within nation-states is one of the most important political challenges in the region today.

Implications for U.S. Policy
If the U.S. is seriously interested in promoting the rights of indigenous peoples in Latin America, there are ways that it could be extremely influential. The question posed earlier in this essay remains: What obligation, if any, does the U.S. have to respond to the indigenous call for self-determination in the region? The current U.S. State Department position is that it respects the political rights of indigenous peoples everywhere in the world, just as it respects the autonomy of indigenous people in the Unites States. This policy, left over from the Clinton era, has been upheld in international negotiations by the current administration regarding the Organization of American States. Washington’s position would be even more influential if the U.S. would ratify any of the international treaties that uphold the rights of indigenous peoples, such as the Convention on Biodiversity, the 1991 International Labor Organization Convention 169 on the Rights of Indigenous Peoples (ratified by 14 countries to date), or even the new UN Draft Declaration on the Rights of Indigenous Peoples. The U.S. could take advantage of the new constitutional frameworks embracing ethnic diversity to promote indigenous rights in Latin America.
The multilateral development banks most active in the region (World Bank and IDB) have developed guidelines suggesting that development practices need to be approached differently in projects affecting indigenous peoples. In addition these banks propose special indigenous development projects to create indigenous-controlled wealth. Properly implemented, such policies could be important tools for change in the region. The important U.S. leadership at the banks could be key to strengthening and implementing those guidelines. Most importantly, the U.S. could provide an example of democratic pluralism by respecting the rights of indigenous peoples in all of its economic and political dealings in the region and by holding U.S.-based corporations to the same high standards.
Thanks to a little-known law called the Cranston Amendment, the U.S. State Department is required to report on the human rights situation of indigenous peoples receiving aid from the United States. Since these reports are barely monitored, they are usually completed to meet the minimal reporting required by law. This year’s report cited continued human rights violations of indigenous people in Guatemala, Mexico, Ecuador, and Colombia in particular. Taken more seriously, such reports could become an important tool for accountability to the international human rights regime.
The future of political and economic development in Latin America is increasingly tied to the aspirations for more control voiced by indigenous communities. Massive indigenous uprisings and strategic political and legal maneuvers by indigenous leaders have challenged not only political exclusion but also economic globalization in the region. Popular Latin American political leaders such as Presidents Hugo Chávez in Venezuela and Víctor Toledo in Peru won elections with the direct support of indigenous voters. Toledo, in fact, claims indigenous identity.
It will be incumbent upon national political leadership to find ways to respond to indigenous calls for self-determination. This may be achieved through legal frameworks that recognize indigenous rights in national constitutions, through indigenous representatives in government, or through different types of autonomy. Most important for the success of any of these models, however, will be demonstrating to indigenous people that the national government not only represents but is equally loyal to all of the ethnic groups in the country.
Melina Selverston-Scher < melinas@igc.org > is a consultant in Washington, DC, where she is currently monitoring multilateral development bank policies affecting indigenous peoples. She holds a Ph.D. in political science from Columbia University. 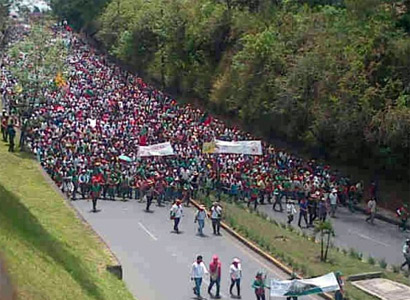 Colombia: The Triumphant Return of the Peasantry 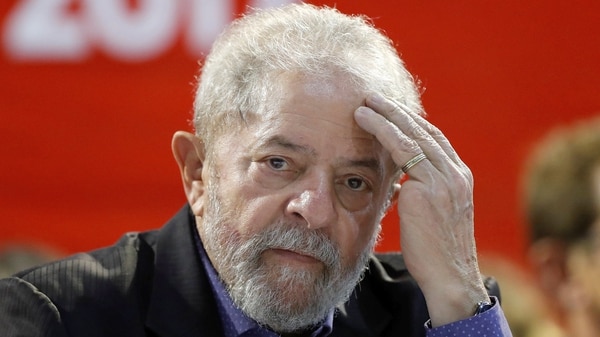