If reducing drug use at home and fighting terrorists abroad are vital U.S. interests in the Americas, our current policy in Colombia is failing.

According to the Drug Enforcement Administration, Colombia still supplies 90 percent of the cocaine and 50 percent of the heroin consumed in the United States. Five years and $4 billion into Plan Colombia, the price of cocaine on U.S. streets is at all-time lows, purity levels have not budged, and the number of addicts has risen. Meanwhile, Foreign Terrorist Organizations, including Marxist guerilla insurgents and paramarility counter-insurgents, profit enormously from the lucrative international drug trade. While the National Institute on Drug Abuse noted an increase in cocaine use among American high school children between 2001 and 2004, Congressional Republicans claiming to be “tough on drugs” approved another $742 million on June 28 to renew current U.S. policy in Colombia.

Recently released State Department figures show that the U.S.-sponsored aerial drug eradication program, the cornerstone of Plan Colombia, is not discouraging Colombian peasants from growing coca, the plant used to produce cocaine. In fact, they are growing more coca than ever. Attempted coca production in Colombia – defined as eradicated plus uneradicated coca – has surged 36 percent since 2000.

After fumigating 1.4 million acres of coca cultivations — an area roughly half the size of Connecticut — the program has left Colombia with only 21,003 acres less coca today than it had in 1999. This means that for every 67 acres sprayed with Monsanto´s broad-spectrum herbicide Roundup, a combination of glyphosate and other toxicity-enhancing adjuvents including cosmoflux 411 (f) and polyethoxylated tallowamine, we reduce coca-growing by one acre. That is correct: one acre reduced for every 67 sprayed. Last year, despite a record-setting fumigation campaign, Colombian coca production actually increased.

One reason for the program´s 7 percent success rate is that aerial spraying drastically outpaces efforts to provide alternate ways to make a living in Colombia’s vast, historically neglected rural zones, where 85 percent of the population lives in poverty. Alternative-development projects, granting assistance to Colombian farmers who agree to eradicate their illicit crops, are severely underfunded and have insufficient coverage. While the U.S. Agency for International Development conservatively predicted that assistance would need to cover 136,600 families, alternative development programs reached only 33,400 families between 2000 and 2003.

No study to date provides a comprehensive analysis of potential ecological or health impacts of the spraying program. The 2005 Environmental and Human Health Assesment conducted by the Organization of American States, for example, ignores a host of severe ecological impacts being exacerbated by the spraying program, including rampant deforestation and adverse impacts on aquatic ecosystems and endangered species. As one of the planet’s most biodiverse countries, Colombia ranks first in species of birds, second in amphibians and plants and third in mammals.

Additionally, a study published in the June 2005 issue of Envirnmental Health Perspectives, the journal of the National Institute of Environmental Health Sciences, states:

While the Bogotá government and U.S. Embassy in Colombia emphatically support the idea of spraying in national parks, it is hard to imagine Americans tolerating a similar practice in places like Glacier, Big Bend or Sequoia National Parks, where illicit marijuana cultivations can also be found.

As the annual foreign-aid budget bill makes its way through Congress, the Senate must realize U.S. policy toward Colombia needs to evolve. Instead of maintaining the current four-to-one ratio of military and police aid to social investment, it is time to adopt a more balanced approach. This new plan must use relevant and reliable indicators to monitor progress, and advocate removing illicit drug crops from national parks the same way we would in the United States—by providing the parks system with enough staff and resources to do the job itself, by hand, and without spraying broad-spectrum herbicides over “the crown jewels of the continent.”

Rather than subject Colombia’s national parks to this ineffective and highly risky practice, we should be helping Colombia’s National Parks Unit strengthen existing social programs for the impoverished indigenous, Afro-Colombian and campesino communities living in and around the national parks. The Park Unit´s Policy for Social Participation in Conservation, for example, if given the proper legal framework, could be used to implement U.S.-sponsored alternative development initiatives that combine manual drug-crop eradication programs with sustainable agriculture initiatives.

Both countries will benefit greatly from a more even-handed approach. Reducing the demand for drugs in the United States and fostering alternative economic development, rule of law, environmental protection and respect for basic human rights in Colombia would contribute enormously toward human and environmental health, economic security and peace in the Western Hemisphere. 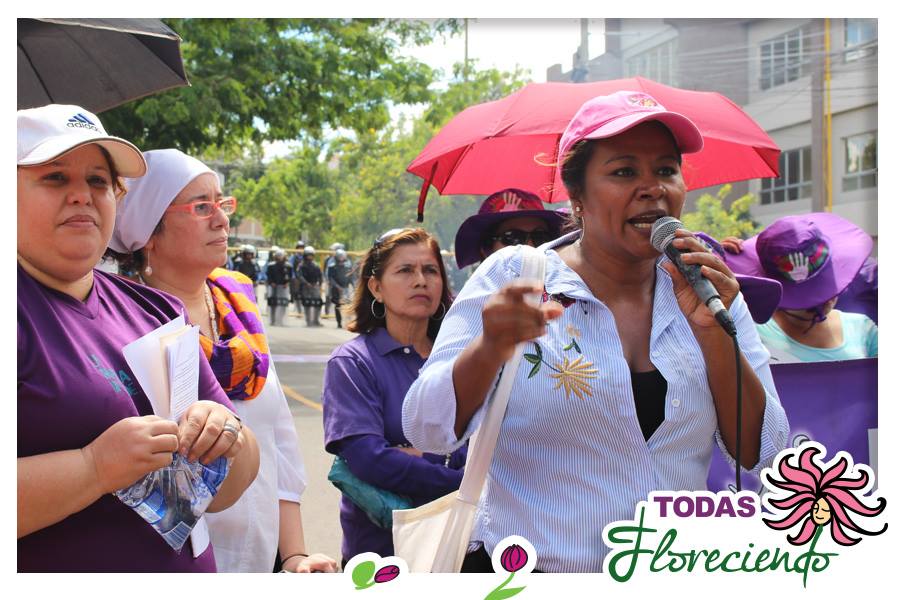 The Suspect Word of Women and the Masters’ Fears