Food security and labor security are the fundamental priorities for Mesoamerica: without dignified work, families don’t have enough income, and without income, we have hunger, hopelessness, and migration. We must reinvigorate and reorient small- and medium-scale production in the countryside if we are to break the cycle of hunger and exodus from the region.

Policies formulated in one nation or in multi-national arenas have profound impacts on communities throughout the region. We must develop ways to understand and address these policies with regional approaches.
We must work together to promote just and equitable trade and investment models, allowing residents throughout the region to sustain themselves.
We must devise long-term mechanisms of recognizing the social and environmental benefits that small farmers throughout the region bring to our society and which are not "counted" in current economic models. This means we must develop alternative markets where consumers who recognize the social, cultural, and environmental benefits of sustainable, locally produced food can access it.
We need to make explicit the connections between rural and urban life, to demonstrate the critical importance of viable, sustainable rural communities to the future of the entire region.

In small group discussions following panels, participants had the opportunity to reflect on what they had learned and to generate ideas for potential follow-up action steps. Because this meeting represented a first encounter of many diverse sectors and organizations, there was no pressure to arrive at firm joint conclusions or definitive plans for future actions. Rather, the idea was to identify areas of common concern and to generate ideas for future collaboration. All participants firmly agreed on the need for continued cross-border, cross-sector communication on the issues raised at the event.
One of the most salient conclusions that emerged from the small group discussions and the gathering as a whole was that migrant community organizations should play a central protagonistic role in facilitating crucial transboundary, cross-sector discussions in North and Central America. Immigrants have often personally experienced the disruptions associated with the reorientation of rural economies toward regional and international markets, and through individual and collective remittances, they have become active players in maintaining the economic viability of countries in the region. In particular, the community-based efforts of immigrant Home Town Associations (HTAs) represent a potentially instructive model for effective transnational economic and political engagement in local development issues.
Participants in small group discussions were also particularly interested in mechanisms for linking sustainable food production and consumption throughout the Americas. Several suggested focusing on ways of expanding already existing niche markets into mainstream markets without getting caught in commodity market pricing cycles.
The presence of representatives of Itanoní, Flor del Maíz, a Oaxaca-based gourmet tortilla company, gave participants insight into an innovative model for promoting locally produced food with unique cultural and ecological value. Itanoní defines itself as a project of cultural and culinary rescue of local species of Oaxacan corn. In a country whose markets are flooded with processed tortillas made of imported corn, Itanoní sells tortillas produced in a traditional manner with native species of corn, thereby offering consumers the option of purchasing a tortilla with cultural and biological identity.
The Corn, Commerce, and Community meeting marked the official commencement of the development of a regional forum to link civil society groups concerned with economic development, improved protection of social, economic, and political rights, and environmental sustainability in North and Central America. This Enlaces America forum, which is sponsored by the Heartland Alliance for Human Needs & Human Rights in Chicago, IL, will serve as a platform for coordination and collaboration on a broad but interrelated set of goals including: reducing regional inequalities; ensuring political, economic, and social rights for all; using natural resources sustainably; and promoting development strategies that will ensure the long-term prosperity of people in the region.
Enlaces America staff are in the midst of a broad consultation process with a variety of civil society groups in Mexico and Central America and immigrant communities in the United States to hone the concept of this forum and to ensure that it is as useful a space as possible for groups throughout the region. Consultative meetings have already taken place in El Salvador and Oaxaca, and gatherings are planned Guatemala and Michoacan in upcoming months. For more information on Enlaces America, please visit our website (online at www.enlacesamerica.org ), which will be fully operational by the end of July 2002, or email us at < smiller@enlacesamerica.org >.
Amy Shannon is Associate Director of Enlaces America. Spring Miller is Program Coordinator with the organization.

We want your Feedback . Tell us what you think of this article. Your comments may be published in our CrossBorder UPDATER or UPDATER Transfronterizo .

Cross-Border Activists Escalate Fight Against “The Wall of Death” 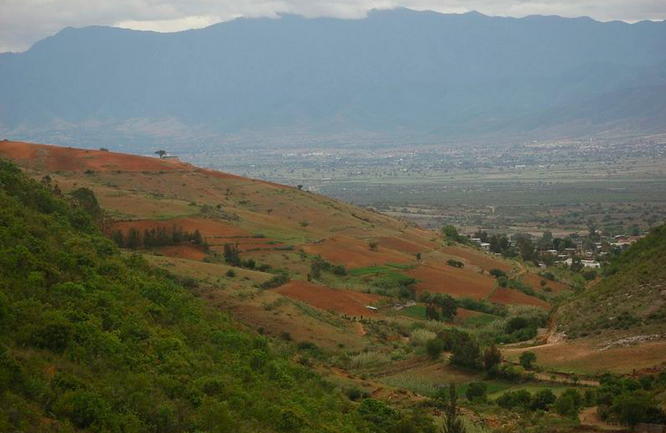