December 19 and 20, 2001 marked the climax of the Argentine crisis. Two days of popular rebellion and an imposed state of siege ended with President Fernando de la Rua stepping down from power. Since then Argentina’s continuing political and economic crisis has sparked a massive groundswell of grassroots organizing. With 53% of Argentina’s urban population living under the poverty line, citizens and activists are abandoning traditional political structures and inventing alternatives. Reoccupied factories, reoccupied spaces for popular assemblies, community bakeries and kitchens, afternoon cups of milk for children, popular education, and workshops characterize the work of these movements. Three of the strongest Argentine social movements are los piqueteros, neighborhood popular assemblies, and worker-controlled factories.

Since 1997, Argentina’s unemployed picketers movement has been organizing in communities throughout the country. Skyrocketing unemployment in recent years underlies the growth of what is today the strongest popular movement in Argentina.

Generally speaking, piqueteros are underpaid or unemployed workers dissatisfied with wages, unemployment, and national economic policies. The movement takes its name from the word "picket line," in reference to Argentina’s long and rich labor history. In addition to strikes and street protests, piqueteros also take more radical actions, such as blockading major roadways. Argentina’s interior has seen the majority of blockades. Police repression has been strongest and most violent during actions outside of Buenos Aires.

Some piquetero organizations, like the Movimiento Trabajadores Desocupados (MTD, Unemployed Workers Movement) have developed alternative structures to cope with unemployment and poverty. A sign over the entrance to an MTD community center in the town of Lanús reads "Trabajo, Dignidad, y Cambio Social" (Work, Dignity, and Social Change). Center activities include running of a community bakery where bread is sold at cost, maintaining a community kitchen offering free meals, providing afternoon snacks for children, conducting popular education sessions, and running sex ed workshops.

The MTD is non-hierarchical, with autonomy and direct democracy being key organizing principles-decisions are made collectively at piquetero assemblies.

"There are no delegates here. Every Thursday there is an assembly where we make collective decisions. Last week for example we discussed the participation in [a] March on August 30," says a young MTD organizer named Celina. She has been working for more than two years as an activist with the MTD in Lanús. Women make up 65% of the participants in the piquetero movement. These women have been housewives, homemakers, and industrial workers. When asked about participation of women Celina explains, "the area of popular education is organized by women. Within popular education they reflect on identity, social change, and organization. They hold workshops on different issues."

Two hundred audience members cram into the popular assembly Villa Crespo, a neighborhood within the heart of Buenos Aires to attend a lecture by well-known historian, Osvaldo Bayer. In early July 2002, community members decided to occupy this space, an abandoned bank that had stood empty for over five years. After the occupation, participation in the assembly Villa Crespo grew from 30 to 90 core participants. "We live in places with a lot of pollution, a lot of noise. We did not have a place to put on activities like lectures," remembers Estella Maris, a 47-year-old assembly participant. "[Now] we put on social activities and use this space as a place for common activities. For example, women come to collaborate to repair donated clothes." Maris adds: "This is a community space in the neighborhood that allows us to work in solidarity, building culture … families come here to work to change history."

Such neighborhood assemblies have remained autonomous from traditional political parties and structures notes James Petras, a sociologist and author with expertise in popular movements in Latin America. "The most popular slogan in the big demonstrations is: ‘Que se vayan todos’," he says. Loosely translated, the phrase amounts to: "to hell with all the politicians."

"A year under workers’ control!" reads a banner held by a worker during a march of 1,500 participants celebrating a year of worker self-management at Zanon, a ceramic tile factory in the southern Argentine city of Neuquen.

In response to increasing closures and widespread failures to pay wages by business owners, occupations of factories by workers are becoming increasingly commonplace throughout Argentina. The two most high-profile and successful worker occupations have been of Zanon and Brukman, a suit factory in Buenos Aires.

Brukman was reoccupied December 18, 2001, after the owners stopped paying workers. For years the owners of Brukman had decreased workers’ salaries and the workers were not receiving enough to cover costs for public transportation to work. Celia Martinez, a worker-activist in her 40s describes the event: "December 18 we had strong conversations with the owners. Then no one was here at the factory-the owners were gone, and there was no one in the office. The offices were open. They did not tell us they were going to leave the factory. December 19, we were left with no other option."

Since then, the workers have run Brukman. "We want a dignified solution for all workers," says Yuri Fernandez, one of the first Brukman workers to argue for occupation of the factory. "Autonomous, self-generating production will be the solution," he adds. Production has grown under worker management, says Martinez. "We are happy because we know the little money that comes in from what we sell is for all of us workers, it is not for the bosses," she notes, adding: "We hope to grow to 400 workers, to alleviate the unemployment in the city."

Solidarity among popular assemblies, piqueteros, and the worker self-management movement has generally been very strong. "There has been tremendous support from all of the movements," notes Martinez. "The piqueteros support us during the blockades, and when we are threatened with removal. They are helping us but they are also hoping that our factories open in order to take in a great amount of new workers so they can work," she continues.

The Seeds of Change

In Argentina, formerly Latin America’s industrial giant, the government has been unable to respond to the deepening crisis. Growing numbers of the unemployed or underemployed-some estimates put 40% of the national population into these categories-are taking matters into their own hands. Piqueteros, popular assemblies, and worker-controlled factories around the nation are converging and building solidarity with their demands, strategies, proposals, and direct street actions. This grassroots construction of community resources and alternative organizations is the keystone of a reconstructed Argentine society, one that echoes the piqueteros’ demand for "work, dignity, and social change." 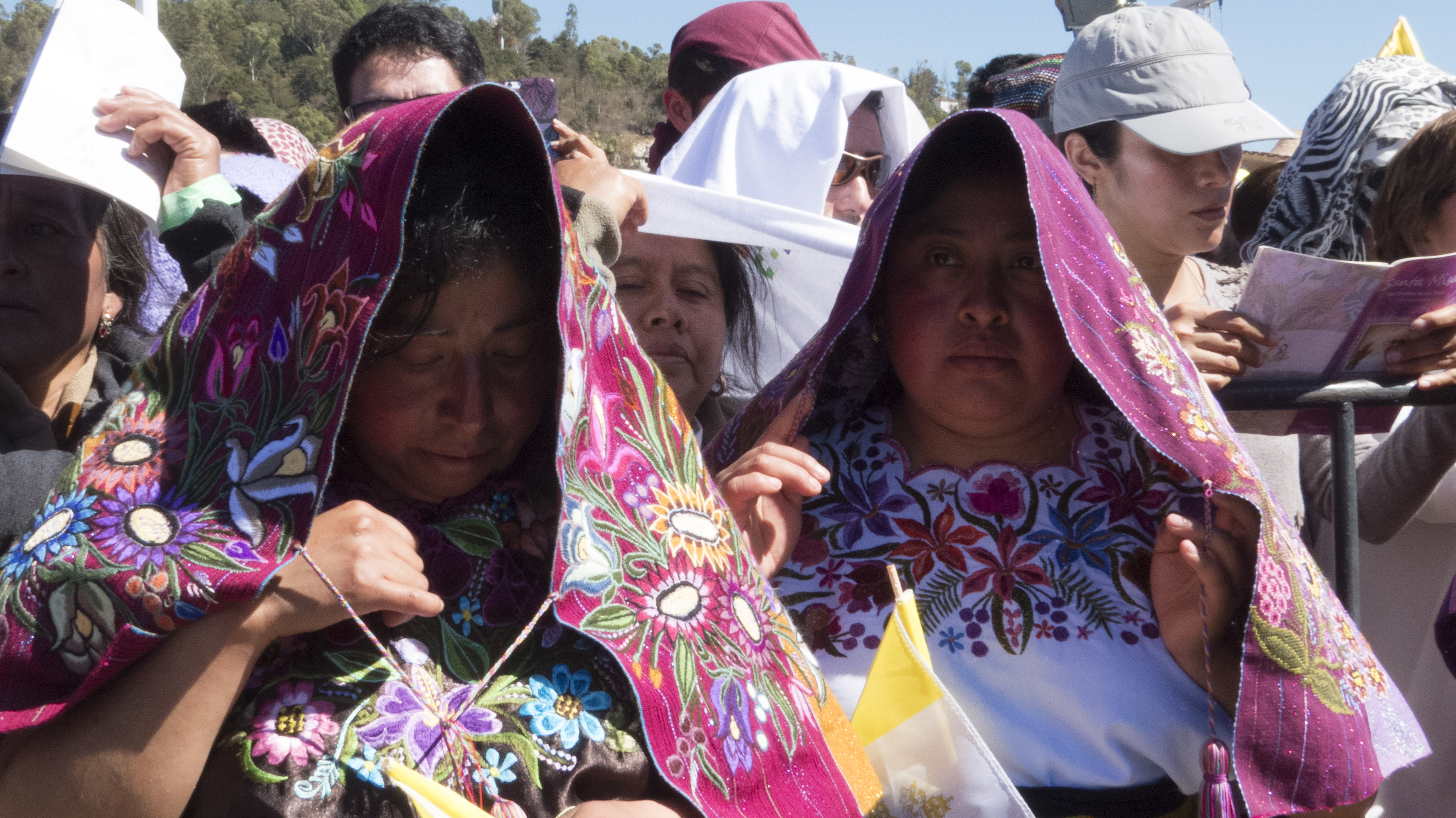 The Pope’s Encounter with Indigenous Mexico