Considering the correlation between the rise of HIV-AIDS in U.S.-Mexico border industrial areas and rural Mexican communities from which migrants to these urban employment magnets hail, public health advocates are calling on employers and policymakers on both sides of the binational boundary to promote preventative measures.
The backdrop for the HIV-AIDS epidemic in border cities and migrant hometowns is a scene of sharp inequality in resource distribution, of population growth without sufficient infrastructure development, and of a paucity of the social services necessary to prevent overcrowding, crime, and the spread of disease.
Nowhere is this more evident than at the San Diego-Tijuana border crossing, where relatively rich and powerful California meets Mexico’s poor and under-served Baja California state.
Taking a trolley bus from San Diego to Tijuana, one immediately becomes aware of having left the developed world behind. Children selling small items on the streets, makeshift stands vending tourist trinkets, and seemingly unregulated vehicle exhaust contrast sharply with the quiet and orderly appearance of the city across the border in the United States. Meanwhile, San Diego’s appeal looms large, with official highway warning signs that show a fleeing woman pulling a child by the wrist in a message cautioning drivers about the danger of people running across the road in desperate attempts to cross the border illegally.
U.S. influence is strong in Tijuana due to industrial investment from north of the border and the city’s attraction for tourists, prompting many places of business to provide services in both English and Spanish. But this influence has not contributed to making Tijuana more like San Diego: Rapid population growth, due to Mexicans migrating to the area in search of employment and opportunity, has instead brought about many developmental problems.
As the area accommodates more businesses and industries, not enough is being done to ensure that social services are adequate to take care of the population the enterprise draws. This has led to an increase in crime, unfit housing and overcrowding, and poor health conditions. Like other highly populated, developing areas of the world with large migrant populations, the spread of sexually transmitted diseases, in particular HIV, is posing an ever greater threat.
The situation is much the same along the length of the U.S.-Mexico border.
The economic growth in the northern Mexican border region over the past 10 years has been exponential. The North American Free Trade Agreement (NAFTA) and the rise of globalization have paved the way for such growth. The increase of industry in the area, in particular the maquiladora industry, has been the major cause of this growth.
The term maquiladora comes from the Spanish word maquilar, meaning to perform a task for another. Since the Mexican government set up the maquiladora program, the term has been used to refer to wholly or predominantly foreign-owned corporations that assemble export products in Mexico using Mexican labor and foreign inputs. [ 1] The maquiladora system has made it easier for foreign and local investors to enter into different business endeavors in the borderlands, but the standards they must meet are not stringent. Even though the industry provides employment, it does not provide adequate pay or benefits. Since many of the workers are migrants from other parts of Mexico, their arrival in border cities has given rise to problems related to urban sprawl.
In this setting, what has become of particular concern, not only to health officials, but now to the population and politicians, as well, is the rise of HIV cases.

Border HIV-AIDS Trends
The spread of HIV across the world has happened in a relatively short time. The rate of increase of cases has varied from place to place depending on the number of risk factors present. In the case of Tijuana and other highly industrialized cities along the border, the trend has apparently been influenced by truck drivers involved in importing and exporting maquiladora and other goods, by commercial sex workers, by homosexual sex, by intravenous drug users, and by the liberty of the prevailing sex culture. The rise in HIV infection appears to be correlated with the rise in the amount of industry.
The HIV infection trends in Mexico seem to be following two patterns. The urban infected population is seen primarily in the U.S.-Mexico border area and other large cities. It is composed mainly of men. The rural infected population, most of which is found to the south, is composed primarily of women. The women’s infection in rural areas is usually attributed to men who are exposed while in highly industrial areas and take the virus to their wives in rural areas. Statistics on this phenomenon have been consistent in Mexico since the federal Health Ministry recognized HIV as a problem. [ 2]
Another Mexican trend is that most infected individuals are from lower socioeconomic backgrounds. Since the Health Ministry’s three-tier healthcare system allocates services according to patients’ income levels, HIV-AIDS patients are among the ones to receive the lower standards of health care provision.

In Solidarity
Because of this, many nongovernmental organizations (NGOs), in cooperation with the Health Ministry’s Conasida HIV response agency, have teamed up to provide additional support for HIV-AIDS patients and at-risk population sectors in Mexico. On the border, the Binational AIDS Advocacy Project, known by its Spanish-language acronym Procabi, exemplifies this kind of work. With offices in San Diego and Tijuana, the organization aims to build HIV awareness on both sides of the California-Mexico border. With support from the nonprofit Border Health Initiative and other sources, Procabi has been increasing the services it provides, but the demand still outweighs its capacity.
Among the most recent initiatives to curb the spread of HIV in the border area is the Borderlands HIV-AIDS Care Innovations program. The five-year project undertaken in 2001 with federal grant money will provide services along California’s border with Mexico. It seeks to increase early detection of under-served HIV-positive Latinos and to improve availability of HIV-AIDS primary care services by supporting HIV-AIDS work at five local community health centers. Focused on people who live and work in the San Diego and Imperial counties border area, it will include newly immigrated Latinos, permanent and migrant farm workers, Latinas, and Latino youth involved in prostitution. A significant piece of the project is to create a binational referral network to connect HIV-positive Latinos with services on either side of the border. [ 3]
Many previous efforts were focused on the Mexican side. But now that this campaign is in full swing on the U.S. side, it will provide immigrants a safe place to obtain services without fear of castigation for their migratory status.

Call for Action
While measures are being taken, especially by NGOs, to educate as many people as possible on the dangers of unprotected sex and the importance of using sterilized needles, that is not enough. With the large quantity of cross-border migration, services in the border area should be increased to help reduce the number of infections.
Activists hope that U.S. interest in the issue of Mexican migrants’ and maquiladora workers’ exposure to HIV will escalate to the point at which the problem can be placed high on policymakers’ agendas. The Californian political leaders at the local, state, and federal levels are some of the most progressive nationally when it comes to HIV-AIDS policy enactment. It is time they start implementing policies that encourage the dissemination of information and increasing funding for border HIV-AIDS prevention, before the situation grows out of hand. Cross-border migration is continuous, so it is imperative for leadership in the U.S. border area to act quickly.
With ongoing activism there is hope that the maquiladora industries also will start to take measures to promote better health among their employees before too many are lost to this and other preventable diseases. A concerted, cross-border effort by employers, politicians, and NGOs, as well as the general population, is necessary in order to stem this worsening pandemic. 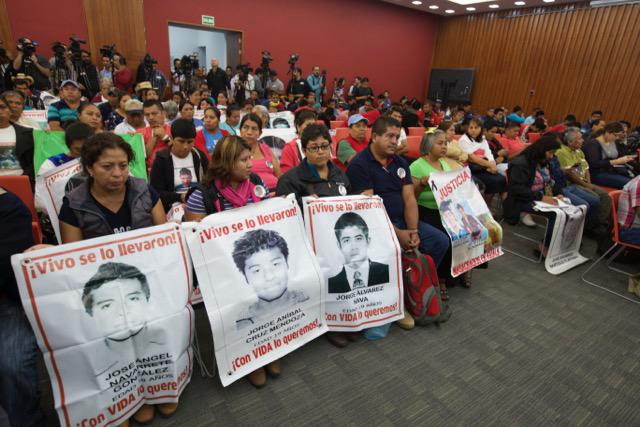