A New Commentary from the Americas Program
New Solutions to Old Problems in Latin America
Ronald Bruce St John | May 20, 2003

The 19-member Rio Group will meet in the ancient Inca capital of Cuzco, high in the Peruvian Andes, on May 23-24. Innovative, new solutions to familiar problems, like the promotion of democracy and the war on drugs, are on the agenda. The summit, which most Latin American leaders will attend, offers the Bush administration a fresh opportunity to restart its stalled "Century of the Americas" initiative.
In a private interview in Lima, Peruvian President Alejandro Toledo described his close relationship with President Bush, emphasizing the personal chemistry that has developed between the two world leaders. In a gesture of solidarity, Bush visited Peru in March 2002, asking Toledo to exercise his leadership to influence Andean governments.
Bush later called Toledo just before the Iraq war began, seeking his support. Condemning acts of terrorism and the use of weapons of mass destruction, Toledo expressed his reservations, telling Bush the world "needs to have rules in the guidance of international behavior." He stressed that part of any balanced relationship was the ability "to expose differences as well as to recognize agreement."
The Peruvian government, currently Rio Group chairman, has taken a strong regional leadership role in championing several creative proposals. The related themes of poverty and governability will be center stage at Cuzco. Peru will propose development of what Toledo terms a "fresh, forward-looking agenda," calling for creation of a new "financial architecture" to stimulate private and public investment. As the Peruvian President put it, "the Latin American people are clapping their pans together," protesting the failure to eliminate poverty after 25 years of structural adjustment policies. "And we need to hear them." Related initiatives will focus on the development of democratic institutions, including political parties, throughout Latin America.
Peru will also surface a proposal at Cuzco for a meeting of Andean coca-producing states to develop a new strategy to fight narco-trafficking. Toledo views the narcotics trade as a threat to national and regional security, fearing narcotics revenues could fund a resurgence of terrorist groups like the Sendero Luminoso. At the same time, he recognizes the current policy of eradication is not working. He hopes to pull his neighbors together, inventory approaches, and seek new solutions.
While many of the Cuzco initiatives will be presented by Peru in its role as host country, Toledo emphasized that they have been widely discussed with other governments, inside and outside Latin America, as well as with the international financial community to avoid surprises.
Peruvian Foreign Minister Allan Wagner, an experienced, professional diplomat, made the same point. He has been discussing these ideas with neighboring governments for months. Items on the Cuzco agenda may not meet with immediate agreement in the White House, but Wagner believes the Peruvian approach will lead to dialogue with the United States and eventually to consensus.
Latin America has been rightly termed the "forgotten hemisphere" for much of the past two years. But the White House has shown signs recently of a renewed focus. President Bush met with five Central American presidents, together with the presidents of Colombia and Uruguay. Four Bush cabinet members addressed a Council of Americas meeting in late April, an unusually large number to address a single regional conference, especially one on Latin America. In Roger Noriega, the Bush nominee for assistant secretary of state for hemispheric affairs, the United States for the first time in years will likely have an official in charge of the region blessed by Congress.
The creative, new initiatives that the Rio Group will adopt come at a time when the White House appears to be trying to put the hemisphere back on the front burner. Soundly constructed, thoughtful, and widely supported, these initiatives deserve the consideration and support of the White House.
The Iraq war generated a wave of anti-American sentiment throughout Latin America. The postwar economic slump, combined with the diversion of aid and investment funds to Iraq, will have negative consequences for economic growth. This will surely increase the already heavy regional debt load.
Latin America is sorely in need of new solutions to old problems. Despite the incredible velocity of global change, as President Toledo rightly put it, "we continue to address today’s problems with yesterday’s solutions." Instead, "we need to find creative ways to apply new tools to old problems." The Cuzco agenda is the right place to start.
Ronald Bruce St John < bcstjohn@mtco.com > is an analyst for Foreign Policy in Focus. He has published extensively on Latin American issues, including La Política Exterior del Perú (Lima, 1999). 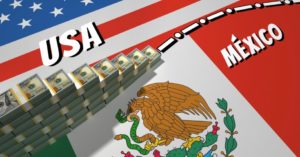