On March 9, 2004, Argentina was teetering on the brink of default on a $3.1 billion payment to the International Monetary Fund (IMF). This high-wire act sent tremors through world financial markets, until an eleventh-hour call from acting Managing Director Anne Krueger to Argentine President Nestor Kirchner resulted in an agreement to make the payment. Thus, Argentina’s relationship with the IMF was, at least for now, preserved.

The standoff came about because the IMF balked at approving the quarterly review of Argentina’s current agreement, which happened to coincide with the scheduled payment.

Since Argentina had more than complied with the targets specified in the agreement, why would the IMF withhold approval? Why was Argentina nearly forced to default, despite President Kirchner’s stated intentions to pay? And what does this standoff mean for the future of Argentina ’s relationship with the IMF?

Had Argentina failed to pay, it would have been the largest default to the IMF in the institution’s history. Argentina owes roughly $15 billion, making it the Fund’s third-largest debtor.

The recent history of the relationship between the IMF and Argentina has been shaky, at best. Argentina and the IMF signed a three-year agreement in September 2003 that contained specific, quarterly, fiscal surplus and monetary targets.1 In exchange for Argentina’s compliance with negotiated targets and conditionalities, the IMF agreed to refinance Argentina’s capital payments to the institution for the three-year duration of the pact. Interest charges, which Argentina has been duly paying, were not included.

What this means in practice is that Argentina must continue to make scheduled payments to the IMF and, in accord with the deal, the IMF then promptly turns around and refunds Argentina. The IMF evaluates Argentina’s compliance with the agreement’s conditions on a quarterly basis and grants “approval” if it finds that Argentina is on track.

So far, Argentina has upheld its end of the agreement by not only meeting its policy targets, but exceeding them. Nonetheless, when the first quarterly review came up in mid-December 2003, the IMF unexpectedly delayed its approval for an entire month. The delay caused considerable irritation among Argentine government officials, who felt that the IMF had not only failed to comply with its end of the signed agreement but was creating a climate of uncertainty that could scare off potential investors.

The second quarterly review was due mid-March. At the same time, the Argentine government had a $3.1 billion payment due on March 9, equivalent to 20% of the Central Bank’s foreign reserve holdings. Since Argentina had once again exceeded its targets, Argentine government officials asked the IMF to give them a clear indication that the review would be approved before making the payment. Argentina feared that if the IMF again decided to delay the review approval, the country could find itself open to a speculative attack on its currency due to the significant reduction in Central Bank reserves.

The IMF’s response to the Argentine request was that Argentina should comply with its end of the deal and that no signal would be forthcoming. Furthermore, there appeared to be increasing discomfort among G-7 members and other representatives at the IMF with what they labeled Argentina’s “blackmailing” tactics. With both sides entrenched, there wasn’t much room for face-saving compromises or backing off.

For the first time in many decades, newspapers in Buenos Aires ran reports of government officials discussing life after the IMF, as if defaulting were a real possibility. Despite Kirchner’s stated preference to make the payment,2 it appeared that default was inevitable until the Krueger-Kirchner phone conversation normalized the situation.3

The IMF as Lobbyist for Banks and Creditors

Given that Argentina had complied with its end of the deal, what explains the IMF’s delays in approving the reviews? The reasons can be summed up in one four-letter word: debt. Argentina ’s public debt currently stands at approximately $180 billion, of which roughly $88 billion is in default.4

Immediately following the signing of the September 2003 IMF agreement, Argentine finance minister Roberto Lavagna formally announced the government’s debt-restructuring offer to its defaulted creditors. The main points of the government’s offer were:

Defaulted creditors were very unsatisfied with the Argentine government’s offer, and most bondholder groups in Europe, the U.S., and Japan have rejected the haircut as too extreme. However, the Argentine government has refused to budge from its initial offer, saying that the 75% reduction is based on calculations of what Argentina will actually be able to pay—in other words, what is sustainable for Argentina .5 In the words of Guillermo Nielsen, undersecretary for finance at the Ministry of the Economy and chief debt negotiator, “We cannot say that any [debt restructuring] agreement is better than no agreement at all. There is a type of agreement that is worse, and that is an agreement that will take us to another default.”6

Initially, the IMF’s position on the Argentine debt-restructuring proposal was to leave it up to Argentina and its defaulted creditors to hammer out a solution and IMF officials even gave their blessing to the Argentine proposal.7 But lately the Fund has begun to act as a lobbyist for the defaulted creditors. Representatives of the G-7 governments on the IMF board, presumably reflecting pressure from bondholder groups, have voiced growing concern over what they call Argentina ’s “bad faith” in dealing with its creditors.8

In response to these pressures, the IMF has been using the quarterly review process of the Sept. 2003 agreement to twist Argentina ’s arm. Given that the agreement contains only general language regarding the debt-negotiation process, the IMF’s pressures on behalf of bankers and bondholders constitute a form of “blackmail” aimed at forcing Argentina to comply with requirements not related to the signed agreement between the IMF and the Argentine government.

The key demands of the IMF in this area have been:

The Argentina-IMF saga did not end when the Fund’s board of directors unanimously approved the second review on March 22. Due to strong disagreements between Argentine and IMF negotiators, the current accord only stipulates specific policy targets for 2004. The fiscal surplus and monetary targets for 2005-06 are scheduled to be set in negotiations starting in September 2004, and statements from Anne Krueger and President Kirchner have made it clear that this will not be an easy negotiation.

In a recent interview, Krueger stated that the 3% of GDP primary fiscal surplus is a base number that should be increased.14 President Kirchner, on the other hand, has made it equally clear that 3% of GDP is the highest he plans to go.

So how will the two positions be reconciled? First, official data shows that the 3% formula will not cover Argentina’s debt-service requirements for the next six years, even under a very favorable debt-restructuring agreement.15 However, it is also clear that despite the economic recovery, the country is still reeling from the impact of the most severe economic crisis in its history: unemployment currently stands at 19.4% and a roughly equal proportion is underemployed, 48% of the population lives below the poverty line, and a fifth of the population is indigent. In this context, increasing debt payments could endanger a still-tentative recovery.

Nonetheless, there are indications that the government will indeed increase the funds allocated for debt service. One possible scenario, given Kirchner’s 3% limit, would be for the federal government to provide 3% of the GDP, while provincial governments contribute an additional amount that could range from 0.6 to 1 percent.

One thing is certain: come September, Argentina and the IMF will be at it again.

Argentina’s relationship with the IMF reveals the limits of democracy in the developing world: Argentines may elect their government officials, but economic policy–including how the government uses tax-payers’ money–continues to be set by a body that is neither elected nor accountable to the Argentine citizenry: the International Monetary Fund.

Javier Sicilia Warns Against a Military/Police State in Mexico: “This is the last chance to save democracy” 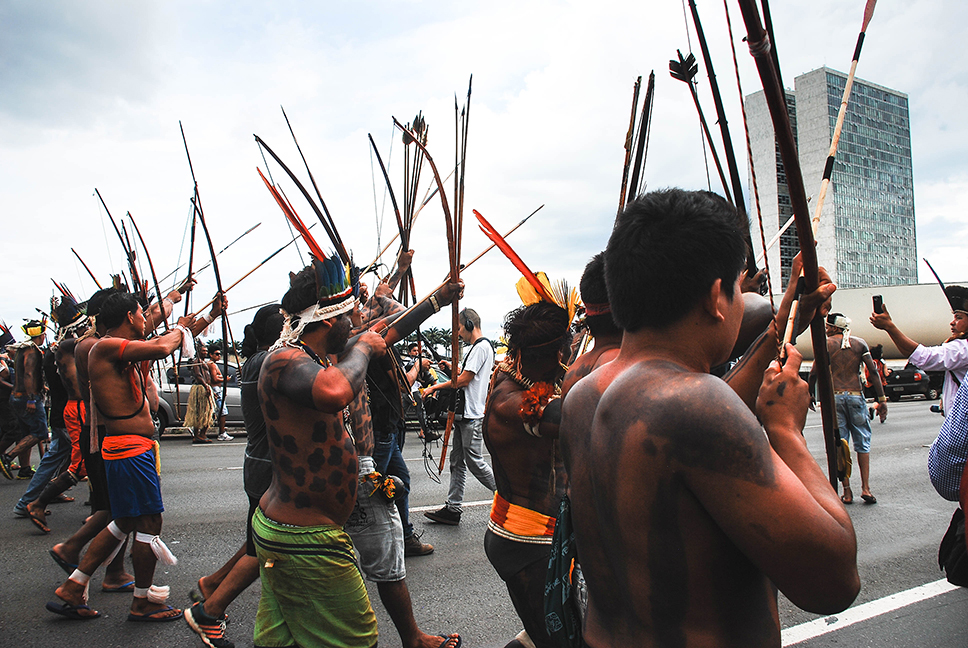