During a tour of three Central American countries last March 24-26, Mexican President Vicente Fox formally relaunched the Plan Puebla-Panama (PPP). Originally launched in Mexico with great fanfare in March 2001, the Plan had since languished for a year and a half-dying according to some, dead according to others. The announcement of the ambitious plan for the economic integration of the region immediately sparked controversy but remained pegged to the drawing board as the government stalled on implementation and government offices maintained silence regarding its true intent and probable future.

How has the PPP actually evolved over the past three years? What impact has the opposition among civil society groups throughout Mesoamerica had? Can the relaunch, replete with a new designer image created with the help of marketing experts, really revive the Plan? Finally, what lessons have grassroots movements learned from the PPP?1

The PPP hatches and nearly dies within a year

According to Fox, the objective of the PPP is to overcome the existing underdevelopment of a particularly poor part of the American continent, consisting of the nine southeastern states of Mexico and seven Central American republics. This region has scarce private and public investment, and its socio-economic indicators are above only those of Haiti and Bolivia in this hemisphere.2

Fox draws on concepts that were in vogue half a century ago, stating that “underdevelopment” is attributable to a lack of inputs, principally technology and capital. The PPP is designed, then, to build, or improve, large infrastructure projects (toll highways, airports, deep-water ports, electrical and telecommunications grids), that, together with on-going projects (hydroelectric dams, “dry” trans-isthmus canals), would motivate large private companies to locate there. Private investment, together with the capital, technology and jobs it brings, will supposedly lead to “development.” To stimulate these decisions, PPP infrastructure projects are designed to overcome the bottlenecks that might cut into companies’ profits and provide incentives for investment.3

Fox’s PPP is not, however, a new agenda, but rather a handy “conceptual umbrella” that brings together several large projects that have been ongoing, or in the pipeline, for years. The Plan tries to link infrastructure projects in Mexico’s southeast with those of its Central American neighbors, in order to jump-start the region’s insertion into corporate globalization.

Yet this “developmentalist” vision has long been questioned, both by new theories as well as on-the-ground practice, since it downplays the structural problems of underdevelopment related to concentration of economic and political power in the hands of elites and the corresponding lack of opportunities for the majority.4

Early on, it was clear to many civil society groups in Mexico and Central America that the infrastructure projects scheduled under the PPP were not concerned with social development. These groups reject the notion that “development” is the exclusive reserve of bureaucrats and the private sector, and demand a perspective that takes into account who benefits, who pays, and who decides the nature of development.

Plainly put, it’s also a question of democracy. If most of the funding is to come from public coffers, and if taxpayers will be required to pay off loans, plus interest, for generations, then an informed civil society should have a say in deciding on “development” done supposedly on its behalf.

The PPP area covers approximately one million square kilometers and 65 million people in eight countries, around 50% of whom are classified as being in extreme poverty.5 Contrary to the impoverishment of its inhabitants, the area is rich in natural resources (water, timber, oil, gas, various minerals, plentiful biodiversity) and well suited for generating hydroelectric power. For inhabitants of the PPP area, the Plan was yet another neocolonial form of extracting its natural wealth and exploiting the cheap and abundant labor force of its population. It was also easy to detect the PPP’s conceptual links to other large-scale neoliberal plans to promote corporate interests in the region, particularly the FTAA (Free Trade Area of the Americas), a continent-wide counterpart of NAFTA (North American Free Trade Agreement).

The PPP was born with several additional problems, not the least of which was its antiquated notion that people, especially the poor, are objects of “development”, never its subjects. The PPP’s creators, bureaucrats at the Inter-American Development Bank (IDB), the World Bank, and the Mexican government, hammered out the scheme without so much as a single consultation to measure people’s feelings on the matter.

Second, the PPP ignored not only the opinion, but also the make-up of the people who inhabit the region, particularly the specific circumstances of the nine million indigenous people who live in the region. Their cultures, local economies and conditions are scarcely considered, despite the fact that many communities have lived in the area for millennia.

Third, and most important, the PPP’s promoters underestimated the rejection that the Plan would encounter among large sectors of the region’s population. Two months after the official launch of the PPP, Mesoamerican civil society already had held its first regional gathering to analyze the Plan. In May 2001, over 300 representatives of Mesoamerican civil society met in Tapachula, Chiapas to exchange information, create or strengthen relationships and networks, and begin to think about activities and alternatives. The PPP was, and continues to be, an important catalyst for compelling Mexicans and Central Americans to think beyond local and national issues and overcome their separation.

The PPP made it evident that the corporate globalization driving this type of mega project affects all countries, albeit in different ways, and therefore grassroots groups should respond as one. Since the Tapachula meeting, this regional gathering (now called “With Globalization the People Come First”) has been held in three Central American cities, with greater participation every time. The next encounter will be held in July 2004 in San Salvador.

The PPP was also a catalyst and motive for several other regional and topic-based gatherings. There have been forums on dams, biodiversity, water, agrotoxins, genetically-modified substances, militarization, autonomy, grassroots economics and others. It has also sparked local, national and regional coordinating bodies against the PPP and neoliberalism. In Chiapas, for example, the Chiapas Gathering on Neoliberalism was formed in October 2002, charged with the task of not only resisting the PPP and neoliberalism but also coming up with alternatives. In Mexico, in March 2002 the Mexican Alliance for People’s Self-Determination (AMAP) was created by uniting dozens of organizations in the nine-state area covered by the PPP. AMAP networks with similar nationwide coordinating bodies in Central America and with anti-neoliberal groups throughout the hemisphere.

Elitist in its origin, undemocratic in its implementation, promoter of corporate interests, exclusive of social concerns, particularly of indigenous people, it’s no wonder that the PPP stoked the embers of grassroots resistance. Grassroots activism throughout the PPP area soon led the Fox government to backpedal. In early 2001, when the PPP was little more than a declaration of intent from the Fox transition team, the EZLN (Zapatista Army of National Liberation) had already declared its opposition. In July 2003 Subcommander Marcos repeated the message of resistance, “At the very least in the mountains of southeastern Mexico, its implementation will not be permitted for any reason.”6

Concurrently with the mobilization and organization that the PPP stirred up in southeast Mexico and Central America, a struggle broke out among the campesinos (communal farmers) in Atenco, some 10 miles northeast of Mexico City, when in October 2001 President Fox expropriated 15 thousand hectares (37 thousand acres) of their land to build a new airport for the country’s capital. The nine-month struggle that ensued as campesinos defended the lands won through the “blood shed by our grandparents” in the Mexican revolution 90 years before was an example of what grassroots organization, resistance and mobilization could achieve, even in the face of billion-dollar mega projects.

When the Atenco struggle ended in victory for the campesinos, with the government rescinding the expropriation order in August 2002, it became clear that Fox’s schemes of “development,” through mega projects by imposition and decree, would never work. The option most feared, violence from police forces, was eschewed by the government, given Fox’s image abroad as a reformer and the prospect of a prolonged and politically costly conflict with local residents.

The nature of the opposition-multisectoral, multiclass, multinational, and growing-led to a noticeable disheartening of the Fox administration towards its much-touted PPP, which led to several political measures. In 2002, the head office of the PPP was banished from the Office of the Presidency to a subsecretariate in the Secretary of Foreign Relations. At first the new office claimed it did not even have funds for a locale. Likewise, the first PPP coordinator, the controversial Florencio Salazar, was fired and later accused of disseminating “erratic and inaccurate information” on the PPP in its first year.7 A moratorium on official declarations on the PPP was declared, and the Plan’s web site, the only official source of information reasonably accessible to the public, disappeared. Thus the PPP entered a sort of limbo, since Mexican bureaucrats didn’t deny its existence, but they said nothing about it, and generated no public information.

Another factor dampened the Plan’s aspirations: in spite of the publicity that was stirred up by the fanfare at the PPP’s inauguration, it was unable to obtain the financing that the government sought. There were several reasons: the plunge of the Mexican (and world) economy after September 11, the refusal of the IDB to grant financing to the Mexican government for the PPP at the preferential rates conceded to the Central American countries for the same purpose, in addition to the contractionary effects of reductions in the Mexican government’s budget when the economy failed to grow and the country entered a recession. Funding from the private sector also failed to appear.

Forced to face reality, the government downsized its expectations, since it would now have to finance the infrastructure projects in Mexico from national coffers and/or through the limited funding already obtained elsewhere. But no fresh funds were forthcoming, neither from private or multilateral banks, nor from other potential sources, such as the European Union, in which Fox held high hopes in 2002.

For about a year and a half (June 2002-November 2003), publicity on the PPP was virtually frozen, since signaling an infrastructure project was tantamount to mobilizing civil society against it and risking blockage, delay or cancellation. In fact, this occurred on several occasions when organized communities blocked highways and infrastructure projects throughout the PPP territory. The interim strategy, while another was being designed, was to proceed with the infrastructure projects to the extent that financial and social considerations allowed, but not to call attention to them. Once finished and inaugurated, the projects could be attributed to the PPP, as Fox did during his recent tour of Central America.

During this year-and-a-half freeze, the PPP’s “new image” was being designed. It was first necessary to quell the opposition among the governors of the states participating in the PPP, who had unleashed criticism due to what they called “misinformation,” delays in financing, and “centralism” inherent in the project. Governors largely objected to the PPP not because they disagreed with the aims but due to the “marginalization to which they had been subjected in the decision-making process.”8 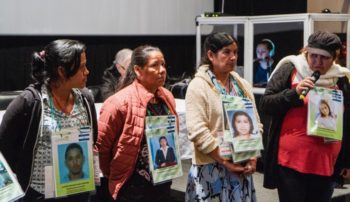 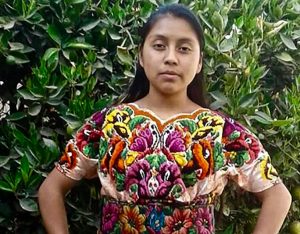