Editor’s Note: Regrettably, in many ways 2006 represented a turn for the worse in Latin America. The toll in men and women journalists murdered for conducting their professional duties provides stark proof of the violent times we are living in and of an offensive being waged against honest journalists; this offensive not only endangers journalists’ lives but also threatens freedom of speech and the right to know. We must not forget that the right to know also encompasses the right to inform and that any threat to the important role played by journalists undermines democracy. Worst of all, most governments have responded inadequately, whether out of complicity or weakness, leading to impunity. For more information on the IRC Americas Program to promote the right to know, see http://americas.irc-online.org/amindex/rtk/.

Twenty-eight journalists were murdered, while five others disappeared, last year in eight Latin American countries, according to an overview of 2006 prepared by the Commission to Investigate Attacks against Journalists (Comisión Investigadora de Atentados a Periodistas , CIAP), affiliated with the Latin American Federation of Journalists ( Federación Latinoamericana de Periodistas , FELAP). With 10 deaths, Mexico continues to boast the dubious distinction of being the most dangerous nation for journalists to ply their trade.

Although figures on journalists victimized by violence vary, the most credible numbers appear to be those provided by the World Association of Newspapers, which says that 105 journalists were killed worldwide last year. Forty-eight of these deaths occurred in Iraq, a country racked by a bloody war resulting from the United States’ illegal armed occupation. 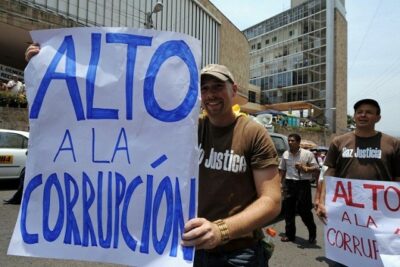 What to Do About Hugo?