For Brazil, President Luiz Inacio Lula da Silva’s new term in office represents a significant change in political priorities. The fight against social inequality that was at the head of Lula’s efforts when he first came to power in 2003 has been replaced with an economic growth agenda. Facing an upsurge in the global economy, in which emerging countries such as China and Argentina show GNP growth rates of 10%, the Brazilian government has been under pressure to strengthen the country’s growth.

This is the context in which, at the end of January, a Lula team presented the nation and the National Congress the Plan for Growth Acceleration (PAC). This is a package of administrative measures and new laws whose objective is to guarantee a GNP increase of at least 5% per year from 2007 to 2010. The PAC contemplates investment of around US$260 billion (R$503.9 billion). Since only a small part of these resources (US$30 billion) will come from the national budget, state and private enterprises are expected to finance the program.

In order to attract private investment, the plan’s central axis will be infrastructure projects, with which it is planned to increase Brazilian production and exportation. Just as his predecessor, Fernando Henrique Cardoso had done with the Brazil Advances (Avança Brasil) plan, Lula listed a series of unfinished projects involving road construction, hydroelectric plants, and ports—and committed to finishing them. To this end the government proposed in the PAC that the Congress approve public works permits for private construction and engineering companies. Besides, there is talk of creating a US$2.3 billion (R$5 billion) fund to finance the infrastructure projects.

All the same, the PAC projects are shrouded in uncertainty. Many of the components have been proposed by successive governments since the re-democratization of Brazil in the mid-80s. The Belo Monte hydroelectric project on the Xingu River, one of the most important tributaries of the Amazon River, is one example. Since 1986 there has been a proposal to build a dam there big enough to generate up to 11,000 megawatts. The reasons this kind of project does not come off the printed page are many, but they can be summed up under the perspective of sustainability. The economic benefits of these roadways and power plants still have not overcome the doubts regarding their social and environmental impact.

A month prior to launching the PAC, a heated debate placed Lula and Brazilian non-governmental organizations on opposing sides. During the inauguration of a biofuel plant, Lula said that environmental and social issues hindered the country’s growth. In the wake of the innumerable protests against the president’s declaration, the government announced that, in order to harmonize environmental and social demands with economic activity, it was necessary to improve the way the public bureaucracy authorizes works and projects, namely, environmental permits. Assessment reveals that there are no clear rules regarding which level of government, the states or the municipal level—should assume the responsibility of analyzing these projects. Therefore, among the measures announced in the PAC, there is a proposal to create a law that would define the role of each public entity in issuing permits.

The governmental proposal of a new environmental law was received with caution by NGOs in Brazil. Activists recognize the need to decentralize the permit-granting bureaucracy, taking the weight off of the shoulders of the federal institution—the Brazilian Institute of the Environment (Ibama). On the other hand, there is fear that giving more power to municipalities and states would render protection to the environment more fragile. Most states do not have the structure for accountability and even less the technical support to analyze projects. "If we do not discuss the real capacity of the local institutions, the problem will get worse," warns the coordinator for Public Policy of the Socio-environmental Institute, Adriana Ramos, who defends a cautious decentralization of environmental control responsibilities.

The PAC, in itself, did not help to strengthen environmental organizations. Among its measures there is no provision whatsoever for engaging more specialists for greater investment in the state accountability apparatus. On the contrary, the Ministry of the Environment’s budget at the beginning of Lula’s term was at the same level as it was at during the first four years of mandate—it is the fifth from the bottom of almost 30 ministries.

These are reasons that have bolstered the opinion among NGOs that the PAC is a program for unsustainable economic growth. The prioritizing of infrastructure, notes Ramos, is a short-run focus, without considerations for the long term. Many of the project plans presented by the government have yet to have environmental studies completed or even lack governmental approval. By conditioning the economic activity of these projects, Lula’s government wound up weakening even more the specialists’ autonomy to use their criteria, or even to reject projects.

The discontent among NGOs is even greater because the most ambitious projects are planned for the Amazon forest. Power and transportation are the strongest sectors in the region. For the construction of hydroelectric plants, power lines, and pipelines the government foresees an investment of US$15 billion in the State of Amazonia. Just in paving roadways and opening waterways, some US$3 billion will be injected into the north of the country. To a certain degree Lula is consolidating work started by the military governments in the 70s—the occupation of Amazon territory by an economy focused on the exportation of agricultural and mineral goods.

"Lula is doing worse than the military, because this time it cannot be said that the environmental issues are unknown," argues the Mobilization Director of the SOS Atlantic Forrest Foundation, Mario Mantovani.

Outside the Global Mainstream

NGOs also point out that, on matters of economic growth, Lula is going against the world geopolitical current. A week after the launching of the PAC presented a dire plan for the advancement of large-scale projects in the State of Amazonia, the world stopped to pay attention to the UN warning about the seriousness of global warming. Furthermore, the Brazilian government’s measures neglect any commitment to reducing emissions of greenhouse gasses, at the same time promising an investment of US$65 billion (R$170 billion) in the production and burning of fossil fuels.

Nevertheless, Lula is sure he is on the right path. His triumph in the debate about climate change is the great incentive his government will give to the production of biofuels. The private sector already planned the construction of 46 biodiesel plants and 77 ethanol plants. Most of the projects will be carried out with loans from the Brazilian National Bank for Economic and Social Development (BNDES). The government committed to investing in infrastructure for fuel transportation, with the construction of 1,150 kilometers of ducts for ethanol and biodiesel to facilitate export.

Oddly enough, it is this impulse for the production of biofuels that reestablished the diplomatic bridge between the United States and Brazil, which had been set aside since the failure of negotiations for the Free Trade Area of the Americas (AFTA). Two weeks ago, both countries signed a partnership for research in bio-energy. President George W. Bush traveled to Brazil in March on an official visit, and ethanol topped the agenda. If the Americans heed the president’s call and substitute 20% of their gasoline for ethanol, the demand in the United States will be at least three times greater than the total capacity planned for Brazilian production.

The problem is how to guarantee that this increase in the fields planted for bio-energy will not incur greater threats to the environment. The PAC foresees a greater part of Brazilian biodiesel production will come from the high plains of the southeast and central-east of the country. The Brazilian high plain is known for being the most biologically diverse savannah on the planet, and the second largest national bioregion after Amazonia. Its extension is 208 million hectares, 40% of which has already been dismantled, according to the government’s own estimates.

No wonder Europe has a more cautious approach toward the Brazilian biofuel program. European diplomats constantly make reference to the need that international businesses create a system to certify "clean fuels" are not produced with social and environmental costs. It is feared, for example, that the rise of bio-energetic goods will accelerate the production of palm and soy in the Amazon forest. This would augment even more the effect of deforestation on global warming.

In 2007, the demand for biofuels is, for the first time, influencing the price of world agricultural goods. The coordinator of the Greenpeace Climate Campaign, Carlos Rittl, worries that Amazonia is not immune to the increase in prices. According to him, sustainable production requires harmonizing the objectives of the governmental budget for environmental conservation with the goals of official financing for agricultural activities. As for protecting the environment, the second more closely sponsors its degradation. "Solving this contradiction would already be a great advancement in the struggle against deforestation," argues Rittl.

Errors at the Source

Insights into the level of risk that the PAC represents for Amazonia already arose during the public presentation of the plan. While they described the projects, neither of the ministers mentioned the environmental and social counterparts. Even those that had been widely negotiated with environmental specialists were not referred to.

This was a hard blow to Minister of the Environment Marina Silva, who months ago used the example of the Cuiabá-Santarém highway as proof that the government was concerned about Amazonia. The highway, almost 2,000 kilometers long, crosses the forest north to south, and its lands were regulated before the project started to prevent illegal occupation and criminal deforestation. For SOS Atlantic Forest’s Mantovani, the PAC puts Marina Silva’s reputation on the line—at one time she had made her career based on an Amazon-protection discourse. "I defend the idea that she should leave the government," he says.

The director of the NGO Friends of the Brazilian Amazonia Land Roberto Smeraldi, says that the PAC weaknesses are not only environmental and social. He also centers his criticism on the aspect of sustainability that organized civil society does not always prioritize: the economy. For Smeraldi, the PAC is also very economically irrational. "The government is going to subsidize projects that the private sector would refuse to do on its own," he analyzes. At the same time as the government is getting ready to inject money into projects whose economic viability is shaky, no effort is being made at reforming laws regarding labor, social security, and taxes, he says.

Adriana Ramos, of the Socio-environmental Institute, thinks that the government proposal was made without any discussion about what sectors and activities should receive public support. Examples of this are the projections for the production of energy. The construction of hydroelectric plants and new generation plants is based on expectations of GNP growth. The energy supply itself becomes a promoter of an increase in the economy without discussion about the way that energy will be put to use. There are no measures in the PAC to manage the demand, such as energy saving programs or cuts in subsidies to businesses that are high consumers of electricity, emphasized Ramos.

The small, localized tax breaks given to the infrastructure sector were in reality a lost opportunity. Lula’s team did not tie to the tax breaks any clause referring to sustainability. Furthermore, no benefits were offered businesses that utilized natural resources in a rational way or that invested in research and development. "The PAC is rewarding inefficiency," summarizes Smeraldi. 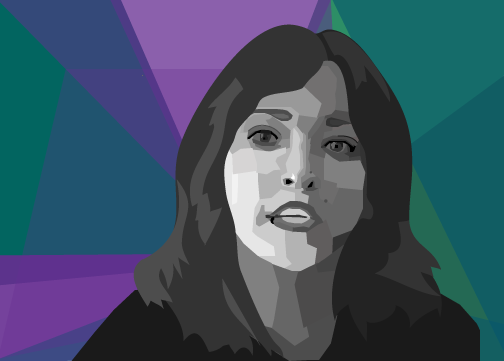