Thanks to over a decade of international campaigns, many U.S. consumers know that most of their clothes are made in developing world assembly factories that routinely violate workers’ rights through abusive and illegal treatment. The response is often the matter-of-fact rebuttal that these are poor countries and for them, a bad job is better than no job at all.

In the case of Nicaragua, this statement generally rings all too true. In a recent nationwide poll, Nicaraguans once again identified unemployment as the greatest problem facing their country. In a country where one out of three people is underemployed and two out of three hold fleeting informal sector jobs, many choose to endure violations of labor law in the offshore plants.

A couple of years ago, voices in both the U.S. and Nicaraguan governments promised that the Central America Free Trade Agreement (CAFTA) would bring relief. While critics argued that a projected influx of U.S.-subsidized crops would displace hundreds of thousands of farmers, CAFTA proponents assured the public that any job loss in small-scale agriculture would be outweighed by a surge in factory investments. CAFTA promised Nicaragua a unique Trade Preference Level (TPL), through which textile plants operating in the country could source up to 100 million square meters of fabric from cheaper countries that were off-limits for exports prior to CAFTA. CAFTA proponents argued that by exclusively allowing Nicaraguan factories to use cheaper fabric, the agreement would spawn a wave of factory investment and subsequently, jobs.

According to this criteria of net job creation—without taking into account the quality of the jobs—at over a year after taking effect, preliminary assessments of the success of CAFTA can be measured on how many jobs the agreement has created.

During the first half of this year, two new textile factories have decided to invest in Nicaragua, generating an estimated 176 new jobs.1 During the same six months, Nicaragua has seen mass firings in at least seven textile factories, in addition to two closures, prompting the alarming loss of approximately 3,880-4,120 jobs. In nearly every closure or personnel reduction, factory management has explained that they were obliged to fire workers when the U.S. brand names contracting with the factory decided to sharply curtail their orders.

Sources in reports from the U.S. Embassy in Nicaragua report that the recent rash of closures and firings are a response to a 30-50% drop in contracts to Nicaraguan textile plants. If CAFTA promised increased business, why has the reality turned out to be the reverse?

The answer to this question begins with a little-discussed trade arrangement called the Multi-Fiber Agreement (MFA). Since 1974 this agreement had regulated the quotas of textiles that developing countries could export to the United States. The agreement granted ample quotas to several small countries like Nicaragua, while restricting access to the U.S. market for behemoths like China. This favorable treatment for Nicaragua ended with the MFA’s expiration on Jan. 1, 2005.

About a month later, while touring a U.S.-owned factory in Nicaragua, a Witness for Peace delegation asked the factory owner how the MFA expiration would affect his business. The owner flatly responded, "Listen, China can pay its workers less than what I’m legally required to pay these people. China can ship its jeans over to the United States in planes and still offer Sears a better deal than me. I don’t think I’ll probably be here in a few years; I don’t think these people will have jobs here."

This drastic realignment of the global textile industry is tied to the recent drought in business for Nicaragua’s factories. In mid-February, 2007, a Taiwanese-owned factory closed down a few assembly lines, firing over 100 workers. In a subsequent meeting, the factory’s administration manager explained that from December through February, the brand names that contracted the factory to produce cotton shirts all decided to scale back their orders, prompting a 30% reduction in production. The manager further complained that the factory had no orders for production past July, a scarcity she had not seen in a decade of Central American plant management. When asked the reasons for the brands’ decision to reduce contracts, the factory manager pointed to an overall shift away from Central America and toward the cheaper labor of China.

Incredibly, just 10 months earlier, CAFTA had been passed with the TPL provision so that Nicaragua’s maquila jobs would not just stay put, but multiply. When asked to explain this conundrum, the factory manager responded, "The TPL means nothing to the brands. They only care about the wages."

As the race of U.S. clothing companies for bottom-rate wages becomes further globalized, it seems that Nicaragua is no longer the bottom, despite CAFTA. While a bad job may be preferable to no job, the CAFTA model does not even offer Nicaraguans this dismal choice.

CAFTA was packaged as a boon to Nicaragua, a form of trade-based aid to enable the country to exploit its comparative advantage in cheap labor and create needed jobs. In addition to driving down global wages, the employment benefits of the model simply did not materialize. As soon as trade barriers were dismantled to include workers paid even less in other countries, the comparative advantage evaporated along with the jobs. The real experience with U.S. Free Trade Agreements—first in Mexico with the North American Free Trade Agreement, and now in Nicaragua under CAFTA—shows that the argument that these agreements produce net job growth in developing countries is a tired myth that should be discarded. 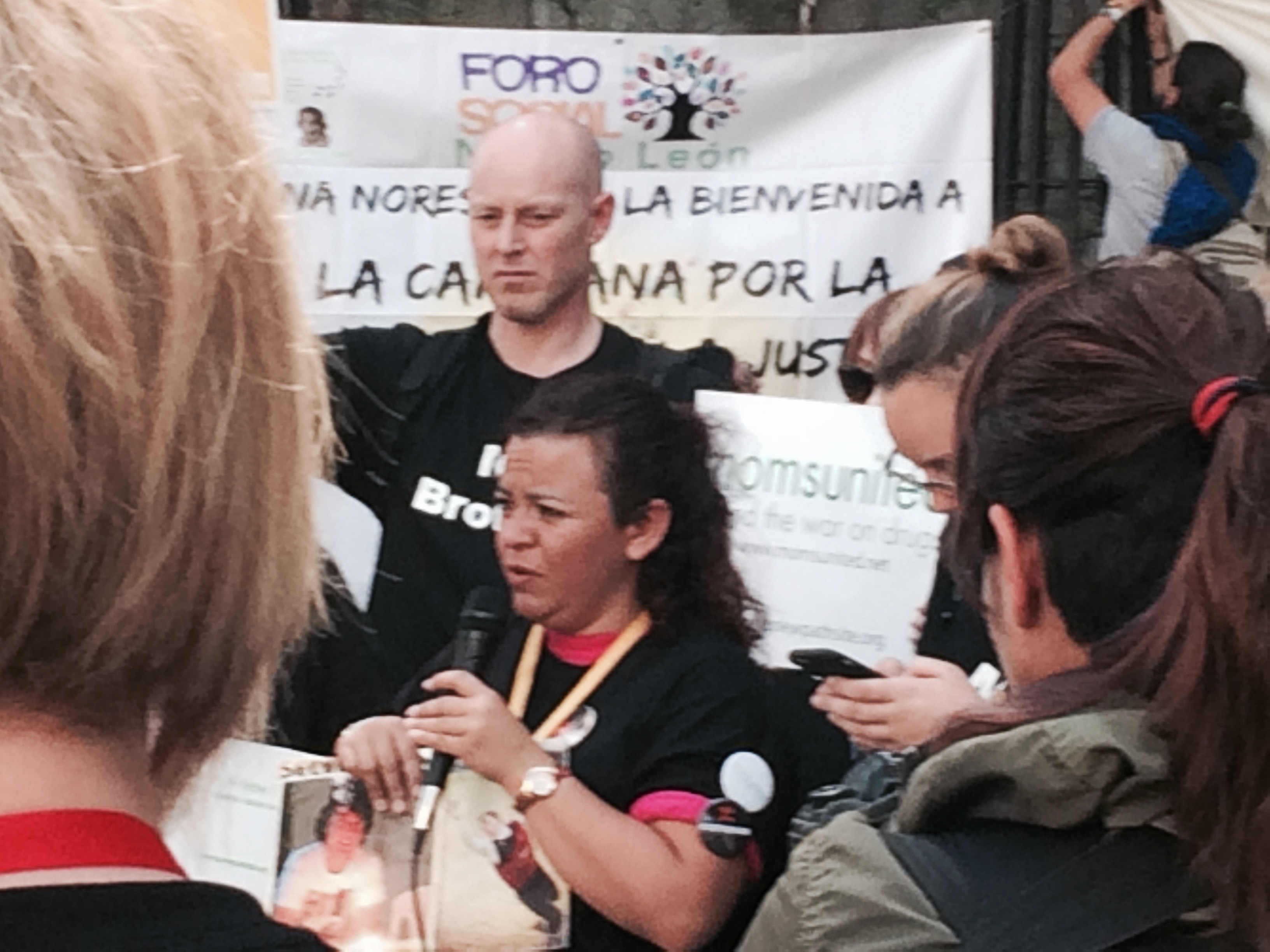 The Caravan for Peace, Life and Justice Demands End to Drug War in New York City