In electoral matters governments are meant to be neutral and discreet; the diplomats keep quiet.
However, the government of President Oscar Arias and the United States Embassy are brazenly intervening
in the referendum on CAFTA, in favor of its approval. They argue that in the absence of CAFTA’s preferences—which
guarantee those received under the Caribbean Initiative—many of Costa Rica’s products will cease
to be exported to the U.S. market. The security of preferential treatment—so they say—will bring
with it investment which will create employment.

While Costa Rican officials and U.S. diplomats promote CAFTA, the Supreme Electoral Tribunal has requested
that the universities refrain from publishing critical studies and issuing opposing views, because
they receive financial support from the state. This is a shameful assumption, because the voter—now
more than ever—needs to be well-informed. People are being consulted on an issue of vital importance
for all campesinos, wage-earners, and entrepreneurs of Costa Rica, because CAFTA would result in the
disappearance of the economic and social model of Costa Rica, which has been the most successful example
within Latin America.

The referendum is also important for the powers that be in Washington, because the ratification of
CAFTA is not only a question of penetrating the Costa Rican market. The other discernable objectives
include:

a) To complete the contractual control of the Central American economies and, consequently, to consolidate
the policy direction in this strategic isthmus.

b) To convert the Central American integration and its customs union into an industrial stronghold
of the North American economy for products that require intensive and cheap labor.

c) To guarantee an agreement that includes extraterritorial jurisdiction—the aspirations of its transnational "lobbies" to
obtain through concession the "privatized" public services (water, communications, energy,
transportation, insurance, pensions) and extend the monopoly of its medicines and agrochemicals in
the region.

The North American urgency grows, because the ruling class of Costa Rica—a traditional U.S. ally—has
been implicated in embezzlement scandals which discredit it: two former presidents under arrest (Miguel Ángel
Rodríguez and Rafael Ángel Calderón), one fugitive (José Figueres Jr.),
and another one under investigation (Abel Pacheco). The recurrent charge is that of bribes paid by
transnational and foreign agencies.

The last presidential election—whose most controversial issue was CAFTA—ended in a virtual draw, even
though constitutional statutes were twisted so that CAFTA’s most popular champion might enter the contest:
Oscar Arias.

Costa Rica, like the rest of Central America , does not need CAFTA to trade with the United States.
The rest of the world trades perfectly well without preferences and with the customs tariffs of the
Most Favored Nation (MFN), which are tariffs guaranteed by the agreements of the WTO. The much-boasted
about preferences of the Caribbean Basin Initiative (CBI) and the SGP are a myth. The said list of
preferences includes a majority of products that do not pay tariffs in the United States, no matter
where they come from.

The Costa Rican products that do indeed pay tariffs in the United States have very low tariffs. One
exception is a particular type of melon that pays a 26% tariff, but only during the four months of
the North American harvest. Another case is that of sugar which is limited by quotas, and CAFTA only
increases the quota of Costa Rica from 11,000MT to 14,080MT, gradually over 15 years.

Textiles are the only sector that receives wholly favorable tariff treatment under CAFTA (MFN 20%),
but this is an illusory benefit, because it specifies rules of origin (materials from the United States
and Central America) that raise the cost and impede competition. When textile exports increase regardless,
then the United States—as is currently the case with Honduran socks—invokes the safeguard provision
and stops the imports. The preferences were useful when there was a quota-based administration of the
world market under the multi-fiber agreement, but that expired in 2004. It appears that CAFTA sells
the textile preferences despite the fact that they are already dead.

Exports and the Benefits of CAFTA for Costa Rica

Costa Rica—without using CAFTA—is the biggest exporter in Central America and the Latin American country
with strongest export growth. Between 2005 and 2006 it increased by 17%: from $7 billion to $8.198
billion.

Between 2000 and 2006, the exports to the United States and the European Union stagnated. The exports
to Asia increased by 370%. China (with Hong Kong) absorbed much of the trade in 2006 and continues
to grow. To Taiwan the exports increased to $10 million in 2000 and to $95 million in 2006.1 Future
trade points to Asia.

The
trade with the United States continues to be very important, but its customs tariffs, for the products
that Costa Rica exports, are low, and that renders any preferential treatment of CAFTA unnecessary
just to continue in this market. The figure shows that there is no tariff barrier to overcome.

The remaining 5.6% are textiles (465 million, 2006) half of which use no preference in order to avoid
the rule of origin and be able to compete. The other half decreases rapidly and will be confined to
few niches.

Those who face real and deadly threats by CAFTA are the campesinos, the sick, the pensioners, independent
entrepreneurs, and professionals. Chapter 3 of CAFTA is a death sentence for the entire Costa Rican
production of grain and animals consuming industrial feed, because it will have to compete with a North
American production that is directly and indirectly subsidized.

One example is that of the Costa Rican rice producers, who compete against 35% subsidized North American
rice. Before CAFTA, this barred the Honduran rice growers when importation was "temporarily" opened,
but is now permanent, because they terminated their production. The recent ratification of the last "Farm
Bill" shows that the U.S. agricultural subsidies will continue, without the will for a reform.

Chapter 15 (Intellectual Property Rights) will weaken and destroy the industry of generic, cheaper
medicine. This makes health care more expensive. Social Security and the public services cannot provide
efficient and accessible coverage if the principle of "maximum profit with the least investment" is
applied, a principle that dominates the private sector. This is the explicit result of chapters 10,
11, 12, and 13, on investment and services that eliminates restrictions on, or the supervision of,
transnational companies. The list of threats to the business and professional sector is huge and covers
production, distribution, and services.

Costa Rica has a well-deserved reputation of democracy and of public services with a social purpose.
The exposure and sanctioning of cases of corruption is a sign that a citizen consciousness and democracy
exists. The popular resistance against CAFTA demonstrates that free education, with full coverage,
has developed a cultured population with a critical perspective. Something works better in Costa Rica
than in other countries—developed and developing—where the transnationals directly impose their executives
as public officials.

The interest of Costa Rica advises to follow the old saying: "If in doubt, abstain"; which
in this case is "If in doubt, say No."

As says Otton Solis: "Where is the evidence that this will bring development?" The figures
of El Salvador, Guatemala, and Honduras, one year after CAFTA, are a bad sign—their trade balances
are now negative. The figures of Nicaragua say little. Those of Mexico, 13 years after the experience
of NAFTA, show the bad things that this model of FTA brings: low or negative economic growth, rural
unemployment, falling salaries, concentration of wealth among the exporters,2 and
a democratic representation increasingly lacking transparency. 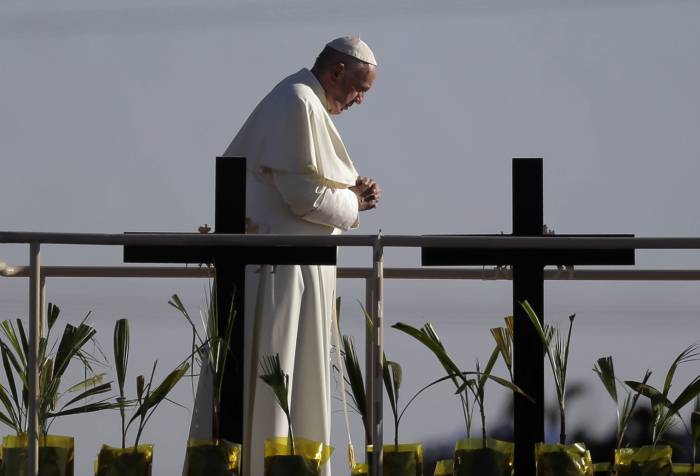