Wal-Mart’s aggressive efforts to keep labor unions out of stores worldwide have come under fire
across the hemisphere. Workers report how the retail chain systematically violates international
labor laws protecting workers’ rights to free association and union organizing. As the world’s largest
private employer, Wal-Mart has set a precedent for bad working conditions for employees in the United
States and abroad.

Due to weak U.S. labor laws, Wal-Mart’s most impressive violations of workers’ rights take place in
the United States, where Wal-Mart’s founder Sam Walton opened his first store in 1967. The mega chain’s
legacy was built over decades based on providing shoppers with low prices, but at the cost of workers,
who face aggressive anti-union tactics, low salaries, often no benefits, tight surveillance, and degrading
working conditions. In some cases, they are even forced to work without pay and off the clock.

Human Rights Watch’s extensive report "Rights: Wal-Mart’s Violation of U.S. Workers’ Right to
Freedom of Association" details how aggressive efforts to keep out labor unions have often violated
federal law and infringed on workers’ rights. The report found that unions and workers had brought
292 cases against Wal-Mart for violating labor laws in the United States.

The mega-chain’s sales have hit record levels since opening stores internationally. Wal-Mart’s total
revenues of $315.65 billion for the fiscal year
ending Jan. 31, 2006 , would rank it as the twenty-first wealthiest country in the world. Wal-Mart
operates approximately 2,700 stores internationally in Puerto Rico, Mexico, Canada, Brazil, China,
Argentina, Japan, and the United Kingdom. Wal-Mart currently employs approximately 1.8 million workers,
called "associates," worldwide, 1.3 million of whom work in the United States. Workers in
nations such as Argentina, Brazil, and Mexico have been able to win minimal union representation due
to strict labor laws on the books in each country, but not without withstanding intense opposition
from Wal-Mart’s local management.

The Case in Argentina

Wal-Mart has drawn the attention of Argentine lawmakers for anti-union practices in the corporation’s
stores throughout the South American nation. Earlier this year, Argentina’s national congress led an
investigation into Wal-Mart’s labor practices in the corporation’s 15 Argentine retail outlets. Following
reports of the firing of union delegates and abusive working conditions, Wal-Mart was called before
a congressional investigative committee in July 2007.

Gustavo Cordoba, a labor activist at a Wal-Mart store in Buenos Aires, was fired in May for his union
activity. He testified before the investigative committee about the corporation’s anti-union practices. "We
appreciate our jobs, but we also want to make it clear that Wal-Mart abuses workers’ rights. We demand
that those abuses cease and that firings for union activities stop. Behind closed doors Wal-Mart violated
Argentina’s constitution and it employs corporate practices that discriminate against workers."

Representatives from President Nestor Kirchner’s Victory Front Party have taken issue with Wal-Mart’s
anti-union aggressive tactics. Appearing before the investigative committee, national congressman Santiago
Ferrigno expressed his "concern over the working conditions and persecution of union activists
in Wal-Mart Argentina." He also noted concerns that Wal-Mart has hired ex-military officers who
served during the nation’s bloody 1976-1983 military junta for administrative and security positions
within the company.

At the congressional session in July 2007 Wal-Mart representative Gaston Wainstein reported that the
company has allowed employees to join unions while providing customers low prices. "The Wal-Mart
stores have affiliated personnel. Secondly, the company currently has 31 active union delegates. Third,
far from not having unions, in our company two unions operate: retail and truck drivers." Wal-Mart
representatives stressed to the investigative commission that the 15 stores operating provide customers
with the "lowest prices" possible.

Wal-Mart currently employs 5,800 workers in Argentina throughout the nation. According to labor laws,
the retail chain has less than half the union delegates needed to represent the total amount of employees.
Martín Falcón, a union delegate at the store’s Avelleneda location, says that employees’
reports have helped stop unfair firings, but the company continues to discourage union organizing efforts. "After
all of our reports of accusations, Wal-Mart in Avelleneda doesn’t want to fire any workers out of fear.
But the company continues to hold meetings with workers telling them they are ‘associates,’ telling
them that Wal-Mart is the best place to work in the world. Wal-Mart is known for persecuting its workers
because Wal-Mart doesn’t want its workers to organize."

Workers report that Wal-Mart uses humiliating tactics in the stores, in some cases going as far as
prohibiting workers from taking bathroom breaks. In a particular case, a 19-year-old cashier was prevented
from going to the bathroom after she asked for permission. Although she was menstruating, the supervisor
made her wait for 30 minutes. When she had stained her pants, the supervisor accompanied her to the
bathroom and brought her new pants and underwear for her to continue working her shift.

In October 2007, workers and human rights activists protested outside a Wal-Mart store to call attention
to the retail chain’s working conditions in Argentina. During a theater performance actors mocked the
humiliation that Wal-Mart workers must endure. In one particular scene, a performer explained what
a "mystery shopper" is—a supervisor disguised as a customer to spy on Wal-Mart employees.
The theatre troop also parodied the mega-store’s pin system, a way to award workers for missing bathroom
breaks and working overtime without overtime pay.

The retail chain prohibits workers from referring to themselves as employees, and insists on the term "associates." They
are forced to sing the Wal-Mart anthem at work, complete with pom-poms.

In addition to reports of anti-union practices, Wal-Mart has come under public scrutiny for hiring
a former military officer connected with the 1976-1983 military dictatorship as head of security. Alfredo
Oscar Saint Jean served during the nation’s bloody military junta in cities where clandestine detention
centers operated. Outside a Wal-Mart store, human rights representatives participated in an escrache or "exposure" protest
calling for an end to impunity for military officers who participated in the systematic disappearance
of 30,000 people in the so-called Dirty War.

A representative from Wal-Mart Argentina defends the corporation’s decision to hire retired military
personnel who served during the dictatorship. "We have not had any formal notification from the
judicial system that Saint Jean is connected to any crime." Military officers in Argentina have
benefited from long-standing impunity. In total, 256 former military personnel and members of the military
government have been accused of human rights crimes and are now awaiting trial.

However, this adds up to less than one ex-military officer for each of the country’s 375 clandestine
detention centers that were used to torture and forcefully disappear 30,000 people. Aside from numbers,
human rights representatives report that the trials are advancing at a snail’s pace, if at all. Saint
Jean Jr.’s father served as general and later as dictator for five days in 1982, and is charged with
33 criminal charges for human rights crimes.

Saint Jean currently heads the retail chain’s security department. Although he hasn’t been charged
for human rights violations by a criminal court, he was stationed in Tucumán during the Independence
Operative. Beginning in 1974, one year before the coup, right-wing Peronists initiated the Independence
Operative to hold military operations in the Northern Tucumán province. This became the first
testing ground for torture tactics. The operative supposedly targeted left-wing guerillas operating
in Tucumán’s mountainside. However, the military kidnapped and tortured workers from the region’s
sugar fields. They terrorized entire villages to make sure that no workers complained of the slave-like
working conditions in the sugarcane fields and mills.

Wal-Mart worker Falcón along with human rights organizations have called for the immediate
dismissal of Saint Jean. "When I was hired at Wal-Mart they asked me what my mother and father
did for a living. They investigated my police record. I don’t understand how this man with a position
as important as head of security could be hired at Wal-Mart with his background," Falcón
says.

Workers organizing a union at the Wal-Mart Avelleneda store have faced firings and even violent threats.
The retailers union that represents Wal-Mart workers and is affiliated with the CGT umbrella union,
has been all too compliant with the company’s resistance to unionize workers. When Falcón and
Cordoba were elected as union delegates independent from the CGT’s retail union, Wal-Mart fired Cordoba
on two occasions. Both delegates have received phone calls from anonymous callers threatening that
if they do not stop union organizing activity they will be physically assaulted.

One single store in Buenos Aires reports sales of more than $3.3 million per month, and an employee
makes about $300 a month. With rising inflation, Wal-Mart’s salaries fall below poverty levels, where
a family needs a minimum of $600 a month to meet basic needs.

Worldwide Wal-Mart has been reported for paying employees low salaries and for unfair labor practices.
The situation for the retail chain’s employees in Brazil is similar to workers in Argentina. In Mexico,
Wal-Mart has faced allegations of unlawful labor practices. Newsweek magazine, in a 2006 article,
reported that Wal-Mart had been using some 19,000 teenagers to work as unpaid baggers at its stores
in Mexico. The teens between 14-16 were denied wages and had to rely entirely on customers’ tips as
compensation. Wal-Mart officially describes the youths as "volunteers."

Wal-Mart’s success has been due to a key motivation: driving out competition. Wal-Mart stores offer
incredibly low prices, which some call predatory pricing, until many potential competitors are driven
out of business, unable to keep up with the mega-store’s buying power. Later, when Wal-Mart is left
with little competition, it can manipulate higher prices for customers accustomed to buying everything
from groceries, clothes, electric appliances, to gasoline in one convenient location. Globally, workers
face a bleak horizon with many retail giants and manufacturers using competition to drive down wages
and labor costs.

The retailer has also used this method with the workforce, hiring young people with little organizing
experience and poor work histories to comply with high production rates. With an army of young people
eager to find work, Wal-Mart has an endless supply of "associates." Like Ford in the 1920s,
Wal-Mart has also created a production model.

In Ford’s factories, workers had the benefit of stable jobs and livable wages, although workers endured
social control and exploitation. Whereas Ford’s model was designed so that employees could buy the
final product, a Ford vehicle, the situation for Wal-Mart workers is dismal. Many of Wal-Mart’s employees
can’t afford to shop in their employer’s stores, and they must endure unstable and precarious work
conditions.

According to union activist Falcón, Wal-Mart has a good image in the eyes of shoppers but a
bad reputation for its treatment of workers. Wal-Mart may have met its match, with union delegates
eager to improve working conditions and unionize more workers in stores. Argentine workers are pushing
for independent union representation, and seem to be making strides despite pressures. 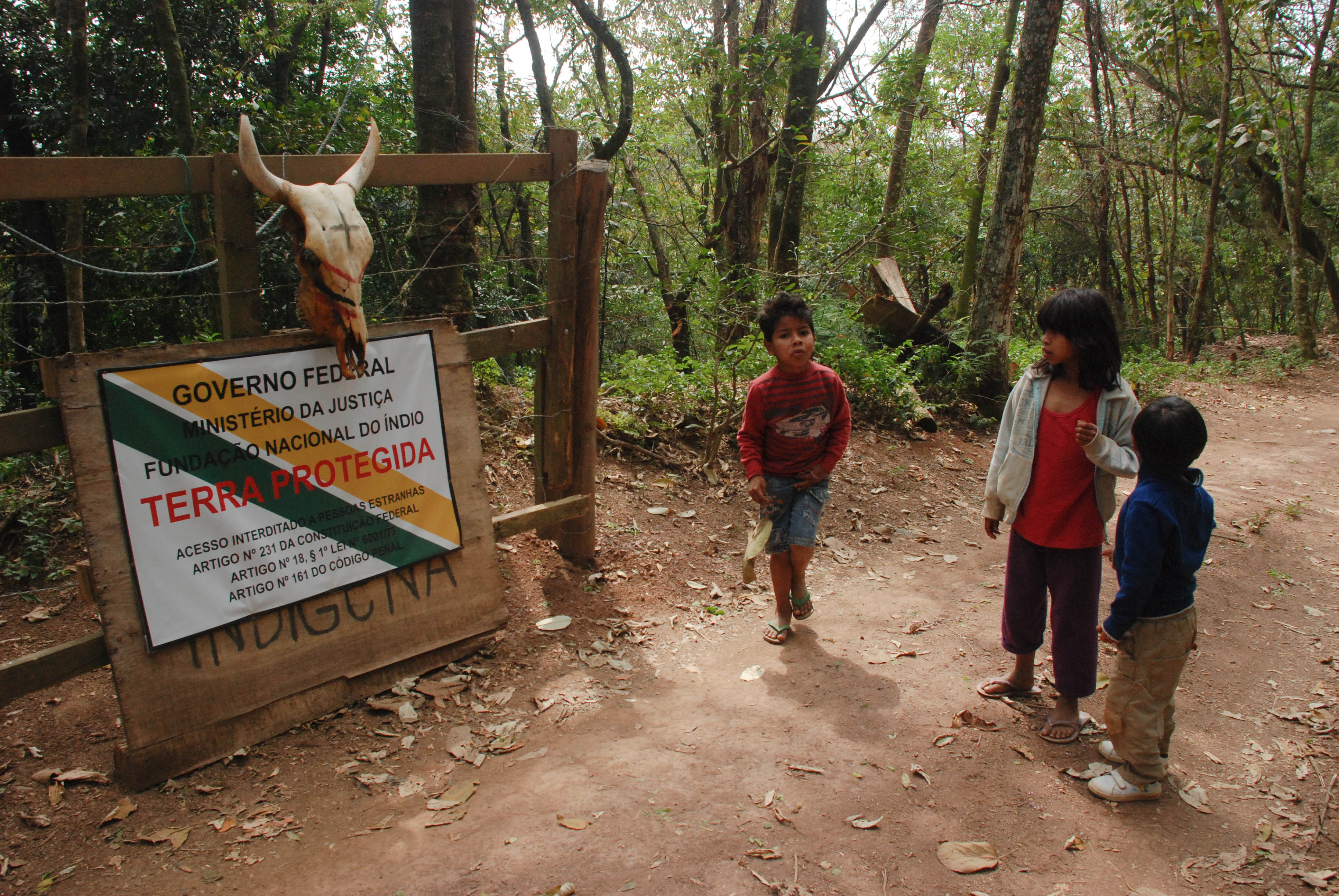 The Lowest Form Of Military Aggression