On Mar. 11, 2008, the Argentine government established an increase in retentions on soy exports, raising the figure from 33% to 44% and applying a series of adjustable retentions that vary according to the international price of soy. It did not take long for the soy producers to respond.

The declared objective of the increase in the retentions was to assist the government in its attempts to redistribute wealth while at the same time attempting to halt the advance of the sole production of soy and to use these funds to encourage other productions. A few days later four entities representing the agricultural sector (among them Confederaciones Rurales Argentinas, Sociedad Rural Argentina, Confederación de Asociaciones Rurales de Buenos Aires, and La Pampa y la Federacion Agraria Argentina) that comprise different sectors of the soy producers (from the large landholders to the medium and smaller producers) came together to launch an agrarian lockout, blocking the principal transportation routes for food and provoking a serious problem because of the resulting food shortages. The only appeal of these protests is the elimination of this measure. Together with the protestors, the powerful communication media tied to these business interests have inundated the news talking of a "historical strike" and of the return of the "cacerolazos" (street protests). These protests are a far cry from those heard around the world in December 2001.

In spite of the president’s invitation to an open dialogue, the rural organizations have decided to continue by means of force, creating an outlook of uncertainty and instability unheard of in the sector that has benefited most economically in the last couple of years since the devaluation of the Argentine Peso in 2002.

Far from the rural organizations are the farmers’ organizations, who are supporting the retentions but demand an overhaul of the measures that benefited the model of the "soy republic" in place in Argentina since the 1990s.

Facing the current crisis provoked by the employers’ closing of the rural soy producers, it is worth it to step back and look a little bit beyond the current situation in order to understand what it is about and to be able to look at the problem clearly, in other words without hiding behind a lone tree in the forest of problems that our society faces. Nevertheless it seems that the advance of the agricultural frontier during the last decades has left us not only without real forests but also without the capacity of seeing the plethora of ideas that are hidden behind this emerging situation.

Without a doubt the debate about the necessary distribution of agrarian income or the way of applying retentions to large and small producers is part of a necessary process and is owed to Argentine society.

However, in no way can we stop analyzing how we have arrived at this situation, what are the true problems that we are facing, and above all, what are the consequences of a system that has invaded Argentina in only 12 years. This model produces spectacular earnings for some and incredibly serious problems for an entire society that to this day has not responded, being too amazed by the siren songs of the "record productions."

The Advance of Soy

It was in the middle of the 1990s when Menem’s government, in tandem with then-Secretary of Agriculture Felipe Solá, authorized the cultivation of transgenic soy in Argentina. From that point on, in an increase never before registered in the history of world agriculture, transgenic soy started to invade our land, occupying today more than 50% of agricultural lands.

The imposition of this model with no type of government regulation opened the doors for what some researchers appropriately started calling "a machine of hunger, deforestation, and socio-ecological devastation"1 because of the destruction of habitat, loss of native forests, invasion of transgenic strains, monoculture, environmental contamination, displacement of regional production, concentration of land, and displacement of the rural population—culminating in an explosive combination for which all Argentines will suffer the consequences.

Let’s take a look at one of the impacts of this model: the soil situation. It is absolutely essential to be conscious of the fact that given the levels of soy that we are currently exporting, we are selling one of the most precious natural resources that we posses—the soil. The brutal extraction of nutrients taking place on 17 million hectares of soy that are then shipped off to China or the European Union to fatten their livestock is bleeding our territory, leaving barren land for future generations.

It’s not a coincidence that the government has announced a plan of support for agricultural fertilization at the same time as the increase in retentions. What the government does not understand is that there is no type of large scale fertilization that can return life to soil that has been exhausted in the way that is currently taking place.

On the other hand, this soil is not "property" of the landowners but rather, as a natural resource, as stated by the constitutional reforms of 1994, it is a shared cultural heritage of all Argentines. It is worth remembering Article 41 of this constitution: "All habitants enjoy the right to an environment that is healthy, balanced, and suitable for human development, that production activities satisfy the present necessities without compromising future generations, and they have the duty of preserving it … The authorities will provide protection to this right for the rational use of natural resources, the preservation of this natural and cultural heritage, the biological diversity, and environmental information and education."

On the other hand the same constitution states in Article 17 the recognition of the "ethnic and cultural pre-existence of indigenous Argentine peoples" and the promise to "guarantee respect for their identity, and to assure their participation in the management with regard to natural resources and the other interests that affect them."

As of today, none of these obligations has been fulfilled by the Argentine state, leaving this as one of the principal internal debts to society as a whole as much as it is to the indigenous peoples. Not one of the rural entities that are protesting today has done anything to protect these common goods. In fact, they have done the opposite—each producer has advanced as far as he could (including up to the shoulder of the highway) with the green soy desert.

Of course the "fathers" of the model, the large agro corporations (Monsanto, Syngenta, and Cargill) remain silent and have not issued any statements or opinions, and are not present in the highway blockades.

However it has been these corporations, as Raul Montenegro defines it,2 that have made us "hostages of Monsanto" with the invasion of transgenic soy that today represents 99% of all soy cultivation in Argentina. While Argentine soy producers were blocking the highways, Monsanto announced on March 25 in New York an increase in their earnings forecast for 2008, "citing the strong demand for corn and soybeans and the greater demand of herbicides,"3 and at the beginning of 2008 they reported that they had tripled their earnings compared to the same trimester of the previous year.4

Evidently they do not seem very worried about the retentions in Argentina. Neither Cargill, Dreyfus, ADM, nor Bunge are part of the protest, although as the Grupo de Reflexion Rural5 clearly shows, they are the true exporters and those who stand to assume the costs of the retentions.

Some of the largest harvests, which surely are not very affected by a 10% change in retentions, are not even part of the party, such as the Gustavo Grobocopatel’s Grobo group which does not pertain to any of the entities that came together for the protest and that represent the main segment of soy cultivation in Argentina.

The farmworkers’ and indigenous organizations have clearly expressed their rejection of this model for more than a decade. In the "March for the defense of our rights, against life-long labor insecurity, the removal of natural goods, and contamination," which took place on Sept. 24, 2007, they spoke of "a gradual removal that in a few years will leave us without the bounties and richness of nature. Wealth for them means nature’s resources. But for us they are the natural and cultural goods of our people."6

Now, the Indigenous Farmworkers National Movement (MNCI), consisting of 15,000 families in seven provinces, states with absolute clarity that "this is an opportunity to redefine the strategies of development as they benefit indigenous farmworkers’ agricultural interests, the small farmer who lives on his piece of land, the rural worker. That strategy must include the people most important to the farmworkers’ organizations and indigenous peoples; it must assign resources on credit and subsidies that improve the community infrastructure. It must also be productive, providing social services deep in the heartland, stopping homelessness among farmworkers and indigenous families, it must plan the redistribution of the land and the re-population of the farmland, it must guarantee the production of healthy food for the population, and it must centralize exports in the government to regulate internal prices and redistribute income."7

It is time that we listen to those who have always fed our people and who will continue doing so in the future in spite of the "farm business" and the pompous speeches from the people "of the farms." It is time that we learn to see the forest and to take care of it. 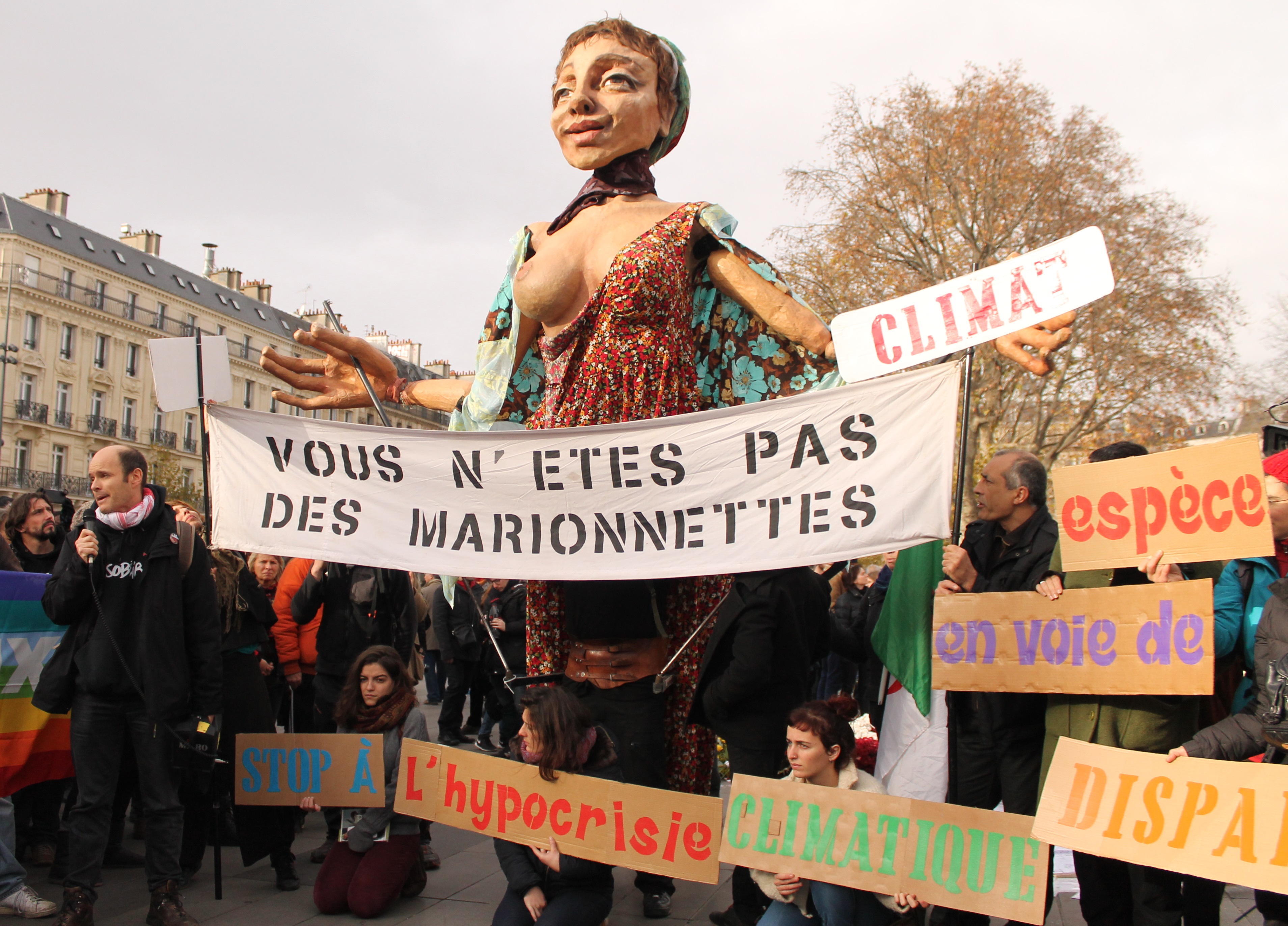