It’s time for the Mexican government to take some responsibility for the immigration crisis.

Now that more Mexicans are failing to make it across the northern border, or find themselves back in Mexico after being deported from the United States, it’s time for the Mexican government to demonstrate that it—and not the U.S. government—is primarily responsible for the welfare of its citizens.

Raymundo Pacheco, 28, is a Mexican citizen deserving of government help. In June Pacheco, originally from Santa Cruz Nexila, a small indigenous village in central Oaxaca, was deported from California to Tijuana. Since 2002 Pacheco had been working as a farmworker in the fields of Salinas Valley in California. His father, Primo Pacheco, and other members of his extended family continue working there, unable to visit Raymundo for fear that they would be unable to cross again into the United States.

Deposited across the border with no money, no local family ties, and no job, Pacheco had nowhere to go. So he joined the rising population of homeless immigrant men, women, and children in Tijuana.

Today, Pacheco lies in an intensive care unit at the Red Cross hospital in Tijuana. An organization of fellow Oaxacans in San Diego is trying to raise money for the unfortunate farmworker. That’s because Pacheco no longer has a chance of finding a job himself, and it’s unlikely that he’ll ever work again, on either side of the border.

Last week, on July 5, the homeless Pacheco was run over by a cargo train, losing both his legs, his left arm, and part of his right arm. Walking along the train tracks, he was pulled under, losing first his legs, and then his arms as he tried to pull himself free.

The Red Cross after numerous attempts was finally able to locate Pacheco’s remaining family in Santa Cruz Nexila, and his mother and sister have arrived to be with him in the hospital.

What’s Mexico Got To Do With It?

What’s this have to do with the Mexican government? Nothing, and everything.

Successive presidents in Mexico, joined by a chorus of intellectuals, media voices, and all the political elite, criticize U.S. immigration and border control policy at every opportunity.

Soon after becoming president, Felipe Calderón, criticizing proposals for a border fence, had this advice for the United States: "But at the same time we do consider in a respectful way that it would be better to stop the migration by building a kilometer of highway in Michoacán or Zacatecas than 10 kilometers of walls on the border."

There’s much to criticize about U.S. immigration and border control policies, including the practice of deporting hardworking women and men, like Pacheco, who are picking the food Americans eat.

But when it comes to the immigration crisis the Mexican government should spend more time getting its own house in order. For starters, the Calderón government should acknowledge that the problem begins at home, not across the border.

Mexico’s main export is its own people.

Almost 30 million residents and citizens in the United States are direct descendants of Mexican migrants, according to a report by the Mexican government.

Mexican migration to the United States began more than a century ago. In part, it is part of a natural interchange among neighbors. But the current diaspora from Mexico—and from Central America—departs from historical trends in its numbers and type of immigrants.

In Mexico, economic crisis in the early 1980s set off the upswing, and in the 1990s a combination of an economic boom in the United States, adverse impact of structural adjustment and liberalization in Mexico, and draw of a liberal immigration policy (including family reunification visas) dramatically increased the annual immigration flows.

Mexico is a developing nation, and the United States is an industrial nation with the world’s largest economy. It makes good sense—and good economics—that part of the neighborly relationship is the flow of labor, along with trade and investment flows.

But Mexico has come to rely on mass emigration as a central economic development strategy. Rather than institute programs to provide jobs or to foster rural development in communities like Santa Cruz Nexila, the Mexican government since the 1980s has let its people go.

Not only has this northbound flow of labor—as many as 400,000 to 500,000 emigrants annually—meant that the Mexican government isn’t under intense pressure to provide for the welfare of half a million more people each year. It also has paid large dividends in terms of remittances. In 2007 an estimated $24 billion flowed back into Mexico from remittances, virtually all flowing south from the United States.

Mexico Welcomes the Cash, but not the Deported

As the immigration crackdown steps up and the U.S. economy sinks, Mexicans are having a harder time crossing into the United States. They are also being deported in record numbers, and some are even heading South across the border themselves as life in the United States becomes increasingly difficult.

Despite protests about border security and the conditions faced by immigrants in the United States, Mexico shows little concern for immigrants themselves. When they are dumped back into Mexico with no money and nowhere to go, the Mexican government is nowhere to be found. It does nothing to help the Raymundo Pachecos—who are suddenly ripped away from their jobs, homes, and families in the United States, and dropped back into what for many Mexicans is a harsh and unwelcoming homeland.

Throughout the borderlands, the care of these returned immigrants falls on the shoulders of nongovernmental organizations, churches, and volunteer groups. In Nogales, Sonora, a U.S. volunteer group maintains a tent at the border to help immigrants dumped there by the Border Patrol.

But the Mexican government isn’t there with a "Welcome Back Home" greeting. Aside from scanty efforts that serve mostly to boost the government’s image, it’s up to immigrants like Pacheco to fend for themselves—finding a place to bed down, seeking work, begging for money to travel back home to their villages, scrounging food to eat.

Mexican immigrants deserve much better from their government. They left their own country to find jobs in a foreign land, and boost the Mexican economy with their wire transfers to loved ones back home—now the second largest source of foreign exchange after oil exports.

The Mexican government has a responsibility to its citizens to oversee an economy that supports its people. That may be asking too much of a government so narrowly focused on tending to the demands of its economic elite.

But it shouldn’t be too much to expect that the Mexican government welcome its citizens back home—to be there at the border with agencies that provide shelter, food, transportation, and medical attention for all the hundreds of thousands of Raymundos and Raymundas who are unwillingly coming home.

Javier Sicilia Warns Against a Military/Police State in Mexico: “This is the last chance to save democracy” 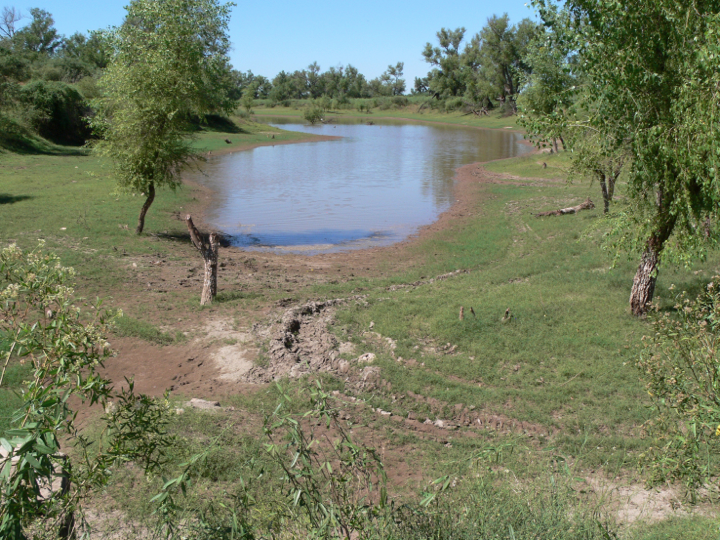 Origins and Disappearance of the Yaqui River