Ecuador’s new constitution was approved with 64% voting "yes" on Sept. 28. "No" won 28% of the votes, 7% were invalid, and 0.7% left blank, according to the Supreme Electoral Tribunal.

The results of the referendum reflect the high expectations for change that the majority of Ecuadorians are feeling, and which they have ratified with their votes in the last four elections. This desire for a profound transformation also extends to the immigrants that have left for the United States and Europe, who have been hit by the economic crisis. People voted for a more participative democracy and for the ability to intercede actively in political life.

The constitution combines a series of progressive traits that overcome some of Ecuador’s current inequalities, discrimination, and injustices, such as the following: the balanced living concept (sumak kawsay), which implies living in harmony with oneself, society, and nature; nature’s right to assure "the maintenance and regeneration of its vital cycles, structure, functions, and evolutionary processes"; national diversity and collective rights; the right to water and the prohibition of its privatization; food sovereignty and the permanent right to secure food sources; the right to communication, and access to public, private, and community media.

The constitution also has articles that are significant in terms of sovereignty and the prohibition of foreign military bases, as Article 5 states: "Ecuador is a peaceful territory. We will not permit the establishment of foreign military bases nor foreign facilities with military aims. It is prohibited to cede national military bases to foreign armed or security forces." Ecuador defines itself as a country that promotes peace, universal disarmament, condemns the use of weapons of mass destruction, and the imposition of bases or facilities with military purposes of some states in the territory of other nations (Article 416, 4). This is a victory not only for Ecuadorian organizations, but also for continental and worldwide networks that have struggled to abolish foreign military bases.

The new constitution also has a chapter on the prioritization of national production in its economy. In regards to development, it recognizes the "group of economic, political, social, cultural, and environmental systems that guarantees the realization of the balanced life, sumak kawsay." This means that economic growth is not the only priority as a means to reach development; instead, it is considered an integrated vision. It proposes, among other things, "to build a fair, democratic, productive, solidarity-based, and sustainable economic system founded on the equitable distribution of development benefits, means of production, and the generation of dignified and stable work" (Article 276).

The constitution recovers the role of the state in participatory development planning in areas such as healthcare, education, housing, and water supply, among other things. Some of these had been turned over to the private sector during years of neoliberal implementation. Now the state will maintain control of the financial sector and develop policies to avoid the concentration or hoarding of means of production.

It also proposes the development of specific policies to eradicate inequality and discrimination toward women, including the valuation of non-paid work in the home, and universal social security.

Strategic sectors are recognized in the new constitution, such as all forms of energy, telecommunications, non-renewable natural resources, transportation, and refining of hydrocarbons, biodiversity, genetic heritage, and water.

The state reserves the right to "administer, regulate, control, and manage" these sectors because of their decisive economic, social, political, or environmental influence.

Though this is fundamental, concern also exists in some sectors that a door has been left open in terms of exploitation of protected areas, if the National Assembly should choose to do so. The indigenous movement proposed that the policy of "previous informed consent" be used, as in the Universal Declaration of the Rights of Native Peoples, but the Constitutional Assembly approved the "previous informed consultation" policy, which is now part of the constitution.

Despite this limitation, Humberto Cholango, indigenous director of ECUARUNARI, the largest organization of the Confederation of Indigenous Nationalities of Ecuador, celebrated the approval of the constitution and its inclusion of the diverse nationalities that make up the nation, which "is of historical importance, because it has been proposed as such since the first indigenous uprising 18 years ago," according to Cholango.

A key player in the "yes" decision was without a doubt President Rafael Correa, whose administration stands out for its reorientation of public investment away from the usual elite classes, and instead toward health, education, and public works. This has been favored by the high price of oil and increased tax revenue collection, as many businesspeople have been forced to pay.

Another positive element is the defense of national sovereignty, expressed as a rejection of the warmongering politics of the government of Colombia and President Alvaro Uribe. It also puts an end to the agreement with the United States that allowed it to have a military base "for the drug war" in Manta, Ecuador. In reality this base was used for other purposes such as the interception of boats transporting migrants and also for Plan Colombia. American military personal will leave Ecuador next year.

Another important theme was the impulse toward political, economic, and social integration into Latin America as a region, with emphasis on the Union of South American Nations (UNASUR).

Although some of the proposals initiated by the government have been questioned by the indigenous and environmental movements—such as oil exploration, mining, and agricultural policies based on agrochemicals and agrofuels—the organizations recognize that this can be limited through the use of the constitution to ensure the defense of natural resources, life, and biodiversity.

It’s important to recognize that the constitution compiles varied aspirations from diverse social sectors that have fought for more than a decade against neoliberalism and policies that assured the payment of external debt to the detriment of social programs.

The Constitutional Assembly and the triumph of President Correa are the result of social struggles against the successive governments that opted to govern on the side of economic interests and not of the people. Many mobilizations have caused the ousting of president after president that deceived the people, which was the reason Ecuador had seven presidents between 1995 and 2005.

Citizen Participation and Who Voted "No"

Thousands of organizations took part in the Assembly in order to present their proposals (3,500 in all) and dozens of forums were held on topics such as water, food sovereignty, heath, etc. Citizen demands were incorporated into the 444 articles that make up the constitution. This was a participatory process, but it also had contradictions, precisely because of the different positions of the political parties in the Assembly and "Acuerdo Pais."

This process, as well as the thousands of forums and debates in neighborhoods, schools, universities, and communities prior to the Referendum, allowed the people to take ownership of the constitution’s content.

Those that bet on "no" votes were those who didn’t want to lose their privileges and maintain the neoliberal policies that have deepened poverty, inequality, and the concentration of wealth. According to sociologist Mario Unda, the real losers were from the right, that has been reduced to the city of Guayaquil, massive media outlets that did an open "vote no" campaign, as well as the hierarchy of the Catholic Church that led the opposition from the pulpits, spreading lies about the new constitution being pro-abortion and gay marriage.

This referendum has ended a phase that began with the second round of the 2006 election when Correa won by a significant margin over banana magnate Alvaro Noboa. The old elites that had monopolized the economy and politics and had once run things were defeated at the ballot box. A new era is beginning while the new balance of power adjusts and new actors define their new policies and strategies.

The institutional transition period starts with the provisional delay of the Constitutional Assembly, in order to create several laws and name the National Electoral Commission and the Electoral Tribunal, which will convene a new general election in 30 days. The election is predicted for January or February 2009. Correa will most likely run for his second four-year term.

This will be a time of intense struggle, during which the character of the government will be defined—it now has the option to shift its positions to the left according to the demand of the majority of Ecuadorians. They’re gaining traction on a new road paved with hope.

The Glory of the Heir 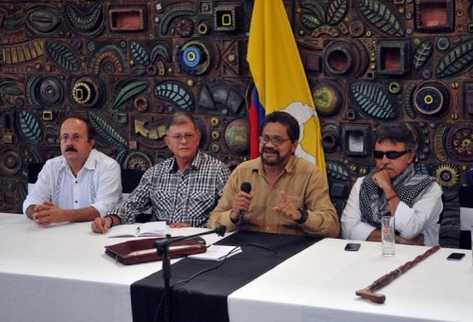