Bush Foreign Policy: From Dynasty to Legacy
By Laura Carlsen

The radical policy dictums of Bush foreign policy, in Latin America and elsewhere, must not be allowed to continue. In these last weeks of the current administration, the Democrats and the public must identify and reject all administration measures that could leave a Democratic president hamstrung to make significant changes in foreign policy.

Ecuador’s new constitution was approved with 64% voting "yes" on Sept. 28. "No" won 28% of the votes, 7% were invalid, and 0.7% left blank, according to the Supreme Electoral Tribunal.

The results of the referendum reflect the high expectations for change that the majority of Ecuadorians are feeling, and which they have ratified with their votes in the last four elections. People voted for a more participative democracy, demilitarization, and for the ability to intercede actively in political life.

Helga Serrano works at the Christian Youth Association of Ecuador and coordinates the No Bases Ecuador Coalition. Eduardo Tamayo is a journalist with ALAI—they are analysts for the Americas Policy Program found at www.americaspolicy.org.

More than a decade after the commercial introduction of genetically modified (GM) crops and foods, the controversy surrounding them only seems to grow, as documented in recent Americas Policy Program reports. What are the environmental and socioeconomic impacts of these crops? Are they safe for consumption?

These questions are especially relevant for Latin America, as it is the biggest GM-producing and exporting region in the world after the United States and Canada. Argentina and Brazil are, respectively, the second and third biggest producers of GM crops in the world, Paraguay ranks seventh, and Uruguay ninth. Argentina alone accounts for 19% of the world’s total acreage planted in genetically modified crops.

How are concerns about the safety of genetically modified organisms addressed at the international level by the United Nations Biosafety Protocol, known also as the Cartagena Protocol, and how can they be regulated on a global scale?

Armoring NAFTA: The Battleground for Mexico’s Future
By Laura Carlsen

Laura Carlsen is director of the Mexico City-based Americas Policy Program of the Center for International Policy (www.americaspolicy.org).

Thank you for your efforts to bring the truth to light on the unfair global policies of the multi-nationals.

I have been living here in Mexico with the impoverished Indians for 6 years, helping out with water supplies in the remote pueblos.

I must say that after seeing the effects of NAFTA from this side and the developing militarization here in Mexico, all you report is so very true and immediate reform for the labor-immigration issue is so essential. The answer for Mexico’s problems certainly is not to be found in a policy that exchanges armament for Mexican oil (a move that is clearly against the Mexican Constitution).

Keep the TRUTH flowing, thanks.

I have only recently subscribed to your newsletter … it is great! A wonderful discovery. This particular article by Talli Nauman is really of great help to our incipient grassroots org. here in San Miguel de Allende, Gto. We are a new group coalescing around the issue of transgenetic food entering Mexico (legally). We hope to defend our own local municipality, so we are starting with informing people about the danger of Monsanto and ilk.

I have had little idea of what Mexico is, or is not doing, about transgenetics. And, as always, the first obstacle is getting information out and awareness up. I am impressed with this journalistic history and the fortitude of the journalists who are keeping up the work.

I will check out Rempa and hope to make connections.

Thank you for your work, 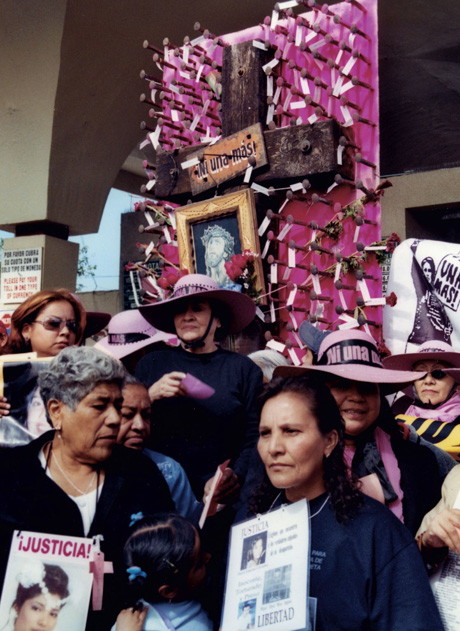 Restoring Integrity to the Immigration System