October 16 was declared "World Foodless Day" by the Pesticide Action Network and People’s Coalition on Food Sovereignty (http://www.panap.net/313.0.html) instead of the usual UN-sanctioned World Food Day. No wonder. More than three billion people on the planet live on less than $2 a day and must spend half to 80% of it on basic food. The World Food Program estimates that 100 million people will face starvation as a result of the recent jump in food prices.

Instead of meeting the Millennium Challenge Goal to cut hunger in half, World Hunger Program Director Josette Sheeran states, "We’re seeing more people hungry and at greater numbers than before." The Food and Agriculture Organization has placed its estimate at 920 million undernourished people in the world—up from the 850 million reported before the food crisis. International organizations warn that the situation will get much worse before—or if—it gets better.

FAO economist Kostas Stamoulis says, "Our estimates show that the poorest, the landless, and the female-headed households seem to be the categories of people in the developing countries that are hurt most by the high food prices." Latin America has seen an additional six million people fall into the ranks of the hungry. Small farmers face hardships due to the increased cost of fertilizers and the effects of climate change.

Who’s to blame? Are we—the comfortable—going to continue to swallow the bitter dictum that hunger is the inseparable shadow of human society? Will we respond by merely setting aside one day a year for hand-wringing? Turn’s out, there’s no justification whatsoever for that attitude, moral or practical. This food crisis, even more than ever before, cannot be blamed on natural or fatalistic factors.

The PAN declaration puts it bluntly: "Actual food production and consumption in 2007 shows that production of most food items is above consumption except for wheat and corn." The blame then, falls squarely on the market. "Food, which is for nourishment and livelihoods, is now being treated as a commodity for trade, speculation, and profiteering."

Unfortunately this message has been lost on the FAO. It lists the goals of its "Initiative on Soaring Food Prices" as: "distribute seeds, fertilizer, animal feed, and other farming tools and supplies to smallholder farmers" and while recognizing the impact on the hungry, heralds rising food prices as a boon to small farmers. The description of the initiative does not make a single reference to problems in the international markets. And the proposed "solutions" play right into the hands of the transnational food companies that have been reaping record profits from the global tragedy, since aid money goes to buy their agro-chemicals and genetically modified seed. In Mexico, the food crisis has increased pressure to permit cultivation of genetically modified corn, despite proven genetic contamination of native varieties in the world’s center of origin for corn.

This food crisis is not about food scarcity, but about who can reach the shelf. The image poses an easy solution—lower the shelf. There are many ways to do that, from consumer subsidies, to government support policies, to market regulation. All of these proposals have been proven to work in the past but are loathed by the free market system that has been largely responsible for placing food out of reach of the poor. In these pages we have looked at how this has happened and set forth possible solutions from outside the box of institutional experts who refuse to consider any proposal that would modify the free-trade and unfettered speculation of our current system.

In this Special Foodless Day issue of the Americas Updater, we provide two tools for solutions. One is a call to eliminate outside speculation with our food supply. The U.S. House and Senate already have before them legislation to do that. We must vocally support that legislation. This is not a radical proposal for the United States; before the Reagan era of deregulation there were controls on speculation with our food supply that sought to avoid precisely the situation we face today.

The other is an extensive report on the food crisis from our partner organization Food First called "The World Food Crisis: What’s Behind it and What We Can Do About it." The proposed solutions make good sense: 1) support domestic food production internationally based on social, ecological, and economic justice and the right to healthy food; 2) government policies to guarantee fair prices to farmers, workers, and consumers; 3) halt agrofuels expansion; 4) re-regulate financial sector investment in food commodities; 5) support smallholder farming; 6) support agro-ecological and locally based approaches to food production; 7) democratize the food system through effective anti-trust laws.

Read these pieces, digest them, think about your own eating habits, your community’s role, and what you would like your congressional representatives to do. At the Americas Policy Program we have been learning from our partner organizations of farmers, policy experts, and academics throughout the region and have a commitment to share that information. We sponsored a dynamic workshop on the food crisis at the Americas Social Forum in Guatemala, with the participation of expert/activists Silvia Ribeiro of ETC Group and Stephen Bartlett of Agricultural Missions that created new links for working together to confront the crisis. People are forming networks at the community, state, national, and international levels to finally seriously address the multiple failures of our global food system.

This is the time to act. We invite our readers to reflect on the crisis at our global doorstep, even if it has not arrived on your own doorstep. Next time you see the images of starving children, remember that compassion must be united with action and intelligence. We repeat: world hunger is a problem that can be solved in our lifetimes.

It’s not just that the crisis provides an opportunity, but that this moment will define the world’s future on the most vital aspect of all—what, how, and if we eat.

Although this Updater focuses on the food crisis, don’t miss Tom Barry’s important article on how anti-immigrant groups are now targeting legal immigrants and Raúl Zibechi’s monthly report, this time on the growing influence of Pentecostal churches, especially among the urban poor.

Laura Carlsen (lcarlsen(at)ciponline.org) is director of the Americas Policy Program (www.americaspolicy.org) in Mexico City, where she has been a writer and analyst for more than two decades. Check out the Americas Mexico Blog at www.americasmexico.blogspot.com.

While most of the solutions to the current crisis of high food prices will require substantial reworking of our global, fossil fuel-dependent food system to create a more localized and organic one, there is one relatively easy solution that could bring quick and significant reductions in world prices. Financial speculation in commodities futures markets has increased dramatically in the last three to four years, and especially in the current year, artificially driving up prices of a host of commodities, from food crops like wheat, corn, soybeans, etc., to oil and natural gas, to metals and minerals.

This marked increase, already worsening the food crisis, was brought on by simple policy decisions, and can be fixed by similar simple policies. Tell your senators to re-regulate the futures markets to remove excessive speculation by investors that do not actually buy or sell the physical commodities.

David Kane works on Latin American and economic issues for the Maryknoll Office for Global Concerns (www.maryknollogc.org) and collaborates with the Americas Program at www.americaspolicy.org.

The World Food Crisis: What’s Behind it and What We Can Do About it
By Eric Holt-Giménez

With billions of people at risk of hunger, the current food crisis is massive and destructive. But the reasons so many people have limited access to food are anything but “natural.” On the contrary, decades of skewed agricultural policies, inequitable trade, and unsustainable development have thrown the world’s food systems into a volatile, boom and bust cycle and widened the gap between affluence and poverty.

Though hunger is coming in waves, not everyone will “drown” in famine. In fact, the world’s recurrent food crises are making a handful of investors and multinational corporations very rich—even as they devastate the poor and put the rest of the planet at severe environmental and economic risk.

The food crisis is anything but silent, and—as long as we are aware of its true causes—we are not helpless. Together we can fix the food system and solve the food crisis once and for all.

Eric Holt-Giménez, Ph.D., is Executive Director of Food First/Institute for Food and Development Policy and analyst for the Americas Program at www.americaspolicy.org. Sources for this article and more information are available at www.foodfirst.org.

In several Latin American social movements a new reading is emerging of the role being played by Pentecostal churches in poor urban neighborhoods and their political consequences.

Especially in Brazil, Pentecostals are a social and political force, not just religious. Improvements in church-goers’ quality of life including health benefits, employment, social outlets, and entertainment are just some reasons people are flocking to churches as community centers.

Raúl Zibechi is international analyst for Brecha of Montevideo, Uruguay, lecturer and investigator on social movements at the Multiversidad, and adviser to several social groups. He is a monthly collaborator with the Americas Policy Program (www.americaspolicy.org).

Legal Immigrants Next Target of Anti-Immigration Groups
By Tom Barry

The leading anti-immigration groups don’t specially target illegal immigrants. For the restrictionist groups Federation for American Immigration Reform, Center for Immigration Studies, and NumbersUSA, the country’s 11-12 million illegal immigrants are simply low-hanging fruit. Their long-range goal is to rid the nation of most all immigrants—both illegal and legal. 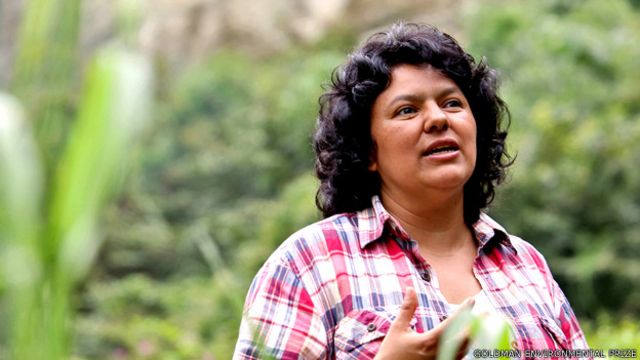