Ecuadorian President Rafael Correa announced on Nov. 20 that his government "will seek to not pay the illegitimate, corrupt, and illegal foreign debt," while at the same time demanding sanctions for those guilty of a series of irregularities in the accumulation of the Ecuadorian foreign debt. He said that "its weight should be transferred in equal parts to those who were responsible for acquiring it with dishonesty, blackmail, and betrayal. Each person will have to take responsibility and pay the corresponding amount with their own assets."

This was the Ecuadorian President’s response after the official presentation of the final report from the Public Credit Audit Commission (Comision para la Auditoria Integral del Crédito Pública, CAIC) audit regarding Ecuador’s foreign debt. It’s important to note that this is the first official audit that has ever taken place to determine responsibility for the debt. Among the main conclusions, the Commission pointed out that an "incalculable fraud" was produced during the process of borrowing and renegotiation of the debt. President Correa informed sources that he would promote the creation of an International Tribunal for Arbitration of Sovereign Debt in the United Nations and a reform of the international financial framework, through which it will be possible to arrive at a comprehensive solution to the problem of foreign debt.

Presently, Ecuador maintains the position that borrowing is an option only when it is absolutely necessary. Civil society organizations that have fought for decades have achieved an important result reflected in the CAIC’s report, which allows for the establishment of responsibilities not only for the creditors but also for multilateral organizations and national authorities.

The report was delivered by the CAIC to the government’s fiscal authority. Future actions that will determine who is responsible in this report rests in the hands of Ecuadorian justice.

Upon hearing about the Commission’s report, representatives of social organizations, public employees, and citizens interested in the topic both inside and outside of the packed hall shouted in unison: "We won’t pay any more, the debt has been paid!" Indignation grew among the public upon learning about the irregularities and irresponsibility of ex-finance ministers, managers of the central bank, presidents of the monetary reserve, diplomats, and other authorities who sold the sovereignty of the country and deepened the poverty of the Ecuadorian population. Along with the creditors, these people did not think about the greater good of the Ecuadorian people, but rather the payment of the debt.

The audit of the debt, initiated by the Ecuadorian government with the participation of economists, lawyers, and representatives of social organizations from Ecuador and other nations is unprecedented, according to economist Franklin Canelos, the vice president of the Commission. For more than a year, the CAIC audited the borrowing processes of Ecuador from 1976-2006. The 172-page final report consists of a deep technical and legal analysis that shows one of the most sinister sides of three decades of neoliberal policies. Ecuador’s foreign debt increased from $240 million in 1970 to $17.4 billion in 2007. Nevertheless, going into debt, instead of contributing to overcome poverty, inequality, and backwardness "has been a tool used by multilateral organizations to take away resources under the pretext of discussing questions related to attaining credit," according the CAIC’s report.

The commission’s work shows the illegality and therefore the illegitimacy of the borrowing process. It highlights the "hateful" character of foreign debt, because it was contracted by a military dictatorship (1972-1979). From 1976-1982 Ecuador was made loans in the amount of $3.424 billion dollars, of which $984 million was set aside for defense. The National Defense Council, which was the largest beneficiary, declined the Commission’s request to delineate details or the specific amount destined for different purposes.

Ecuador’s foreign debt has been the object of successive fraudulent renegotiation processes in which the governments accepted conditions such as contracting new debts to pay the old ones, delay penalties, high interests rates, the payment of interest on top of interest, and re-evaluating debt titles that were worth very little in the market, according to CAIC member Hugo Arias.

These conditions were accepted in the 1993 Brady Plan for Ecuador, supported by the International Monetary Fund (IMF), in the Adam Plan (a pact for the exchange of the Brady pact for a Global pact established in 1999) and the exchange of Brady bonds and Eurobonos for Global bonds (2000). In this last instance, the disadvantage for Ecuador was enormous. The exchangeable bonds (Brady and Eurobonos) that amounted to $6.3 billion dollars were exchanged in the market at 30% of their value ($1.6 billion). Additionally, they were exchanged for Global 2012 and 2030 bonds for the sum of $3.95 billion dollars, with rates of 12% and 10%.

As of August of 2008, Ecuador had paid $2.45 billion in interest as mandated by the Global Bonds. Future generations will have to forfeit all capital in 2012 and 2030 if they do not declare that these debts are illegitimate now.

Alejandro Olmos, a member of the CAIC, expressed that the foreign debt has served not only to favor the creditors but also as a tool to implement neoliberal policies. The report says in one of its conclusions that "there is evidence that the borrowing process of Ecuador between 1976 and 2006 was developed to benefit the financial sector and transnational businesses, visibly affecting the nation’s interests. The conditions imposed and the payment of the debt limited the fundamental rights of the people, thereby exacerbating poverty, increasing migration, and destroying the environment."

It was evident, according to Olmos, that the intention of the multilateral organisms was to permanently increase foreign borrowing with ever-higher interest rates. Economist Karina Saénz points out that in one projection done by the Commission, it was determined that if the interest rate had been kept at the original rate of 6% the debt would already have been paid off.

Olmos also explained that Ecuador ceded sovereignty, citing as an example the fact that the solicitor general simply signed onto the agreements for the contraction or renegotiation of the debt in the format and template designed by the creditors. He indicated that in various occasions the documents were drafted and signed in English, and if a translator was needed, they asked the creditors. According to the report, it was in this way that "the nation lost its autonomy and its constitutional rights became vulnerable." The audit also questioned that in certain cases the delivery of loans was "tied to the expansion of goods and services of the creditor nation that places restrictions on prices and quality."

In a particularly disturbing case, in 1992, the ex-general manager of the Central Bank, Ana Lucia Armijos, Finance Minister Mario Ribadeneira, and the Ecuadorian consul in New York, Miriam Mantilla, signed an agreement unilaterally renouncing the commercial foreign debt, which had not been paid in six years. This would have allowed Ecuador to save close to $7 billion dollars. They also renounced the country’s immunity to judicial prosecution and its right to defense and reclamation.

For his part, Jamie Carrera, of the Fiscal Policy Observatory, looking forward, said that "an option would be for the regime to arrive at a consensus and not a unilateral decision with the creditors." Now those who maintained their silence when unilateral launches of exorbitantly high interest rates were announced from 1979 on or when the asymmetrical relationship of the contraction of debt was evident worry about "unilateral decisions" and about the "consensus." They even maintained their silence in the face of a violation of fundamental rights of Ecuadorian citizens as a result of the contraction and renegotiation of the foreign debt.

In the coming days, the president will establish a commission for audits for the concessions of radio and television frequencies, according to the new constitution. The objective is to determine who is responsible in the event of irregularities to end the monopoly and oligarchy of the use of the frequencies. In a similar way, it will determine the property of radio and TV media. Representatives and shareholders from the financial system will not have access to participate in the media, having two years to transfer their holdings.

The audit process will thus become an important tool that will assign responsibility to those who perhaps never thought that they would be judged for their actions that threaten the life and dignity of the people. 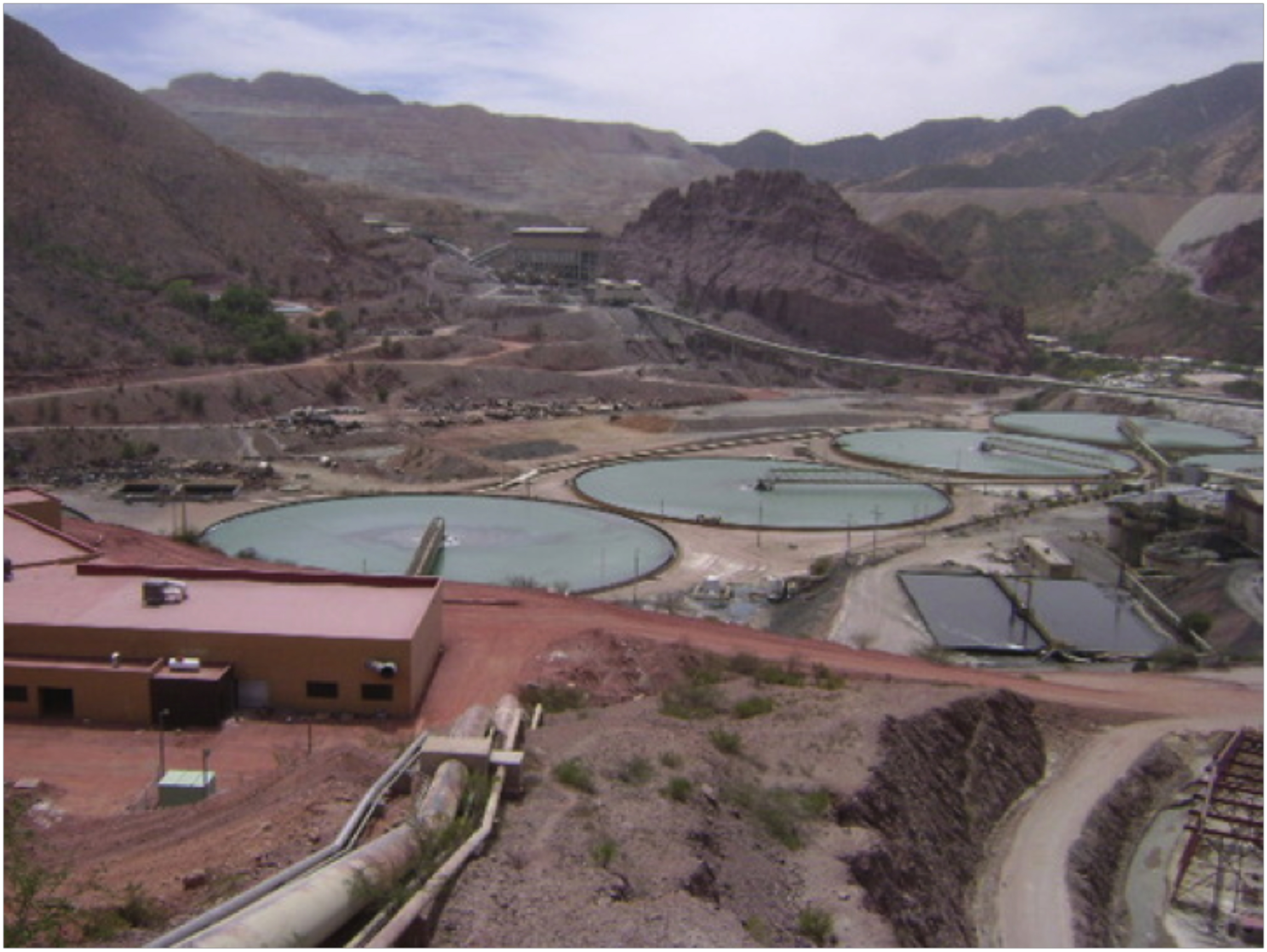