The government of the United States chose 20 countries (G20) to discuss common policies in the face of the financial crisis in Washington—a crisis that grew out of the incestuous relationship between the U.S. government and Wall Street banks.1 The declaration from the meeting gives a brief nod to financial supervision and recommends more of the same mistakes that brought about the crisis. Better said, "the crises" since there are various crises at once, the most important being the breakdown of the fraudulent financial sector and weakened consumption.

The crises have their roots in the violation of the Bretton Woods agreements (1947), which fixed the dollar as the international currency of reference, but with a gold standard of USD $38 per ounce of gold. Since then, the dollar has become the main reserve of all central banks. In 1973, the dollar price of oil rose and Nixon’s government neutralized it by abandoning the gold standard. He let the dollar "float" and printed dollars without back-up. This unilateral violation brought on protests, to which then-Secretary of Treasury John Connolly arrogantly responded, "It’s our money and their problem."

In reality, it is our global problem. Thirty-five years later, the price of an ounce of gold hit $960 dollars (March 2008)—a devaluation of 2,742%. That endemic erosion of the dollar devours savings, salaries, and real prices throughout the world, including in the United States. The move was crucial to nurture speculation on the New York markets, finance U.S. transnational companies, and feed voracious consumerism. Both Secretary of State Condoleezza Rice and her successor, Senator Hillary Clinton have defended the model, repeating that "the quality of life in the United States is non-negotiable." A quality of life in dollars whose bills are backed only by God.2

The Reference of the G20 and the AIPAC to the WTO

The 20-nation declaration in Washington or that of the Pacific nations in Lima offer verbal support to reinforce this model. The specific proposals they offer are highly questionable. Among others, they propose an increase in funds to international financial institutions (IMDF, World Bank, etc.) from "emerging and developing nations," offering in return a greater say in decision-making. These are empty illusions as long as the United States has veto power with its 20% stake.

One point jumps out because it is out of context. Point 13 says "We shall strive to reach an agreement this year on modalities that lead to a successful conclusion to the WTO’s Doha Development Agenda with an ambitious and balanced outcome. We instruct our trade ministers to achieve this objective and stand ready to assist directly as necessary." This attempt to force negotiations in the heart of the WTO is precisely the issue we wish to comment on.

The WTO’s official purpose is to improve and stabilize commercial exchanges with clear and foreseeable rules; something that seems reasonable. The way it operates indicates that its real purpose is to open markets to transnational corporations. Nothing new; imperialism has always been commercial and ever since the industrial revolution people have been conquered to create consumers. In Africa, each English conqueror brought a commercial agreement. In India, the importation of industrial textiles ruined the traditional textile manufacturing industry and caused the Cepoy Mutiny3 (1857). Nowadays conquest is done through joint agreements.

It does not make sense to mandate a conclusion of the Doha round now. "Mini-ministerial" talks ended this past July without any agreement and nothing new other than an increase in U.S. demands. It is irritating that these recent declarations demand an agreement on modalities (tariff reductions) and that U.S. officials and the general director of the WTO say that the primary objective of the Doha Round is to open up new markets. At the same time, there is not a single word about reducing subsidies, which is the main mandate and the Doha Round’s reason for being. On the contrary, the G20 document proclaims that the crisis will be addressed through fiscal policy, which legitimizes the permanence or increase in subsidies. That is precisely the policy that the government of the United States follows as it confirms the scandalous and unprecedented $700 billion dollar subsidy to large banks so they can survive their dishonest stupidity.

The crisis has been caused by a financial pyramid, after emitting titles without backing for an estimated value to date of 44 times the global GDP ($65.6 trillion dollars in 2007). The figures are now in quadrillions. All of this has to do with U.S. government corruption, accounting fraud, inorganic emissions of money, unbacked obligations, etc., but nothing to do with commerce. The proof that commerce cannot remedy the financial crisis is that, ever since the 1980s, the flow of capital4 is much greater and different than the flow of goods, and the expansion of financial services was used to extend the effect of the housing fraud.

The WTO’s urgency to open up markets has other motives—to mitigate the cost of the financial collapse at the expense of developing countries. Capitalism lives off consumerism, and the mass consumerism of the United States, which was the motor of the world economy, has now been riddled with debt. In general, developed countries have shrunk their markets by eroding job security and wages and exporting jobs to increase the earnings of the multinationals. The only economies that grow are those of emerging or developing nations; in 2007 Argentina grew 8.5%, China 11.4%, India 9.4% Russia 8.1%, and none is managed by the gospel of the U.S. government, the IMF, or the doctrine of the G20.

Since the 1970s it has been taught in U.S. schools that the United States is a "post-industrial economy" based on services, foremost among them the creation of financial "products" stands out. According to this strategy, they eliminated and exported jobs in the manufacturing sector and the United States is the only country where the production of steel has decreased (-10% between 2000 and 2006). A country that produces lots of money but very few manufactured goods does not have much to finance at home, and so it exports capital. It exports it through subsidized farm products, financial "products," and as bonds from its nonexistent treasury.

The acceptance of the modalities on tariff reduction that the U.S. government promotes does not benefit the U.S. economy in manufactured goods (referred to as "non-agriculture market access" or NAMA in the WTO), because it no longer produces much. It benefits multinationals that have moved their factories to countries with lower salaries. Lowering agricultural tariffs would increase the export of subsidized farm products, which cause ruin and hunger to millions of farmers in other nations. This is not a remedy for the world nor does it resolve financial debt.

The drastic fall in consumption in the United States foreshadows a collapse in the service sector, because many are linked to consumption—an issue to investigate. That will be serious, because the service sector contributed 76% of U.S. GDP in 2005. To calculate the GDP as the sum of all the values of the economy is a contested criterion today and it is difficult to measure an economy whose dynamic base is in services. There are subjective prices for specific markets (divorces in Hollywood) and there are services whose growth is an economic and negative social indication (police, tribunes, vigilance, prisons, health). Despite the problems with measuring it, there is no question of the importance of services in creating jobs and its collapse augurs high unemployment.

Nothing has changed in the WTO since the failure of the abusive "mini-ministerial" talks in July and it is irresponsible to order an immediate agreement. To reach an agreement, there would have to be concessions and the most inflexible party is the United States, which has tried to maintain its level of subsides while prying open other markets. In the meantime, the United States and the European Union are in blatant violation of the General Agreement Toward Services (GATS) by subsidizing their banks at astronomical levels.

There is no more inopportune time to seek a Doha Round agreement in the WTO. In a time of crisis and uncertainty is it absurd to make concessions that limit economic policy space the way the WTO agreements do. It is not the time to make concessions to a failed system, but rather to cautiously protect ourselves from others’ mistakes. 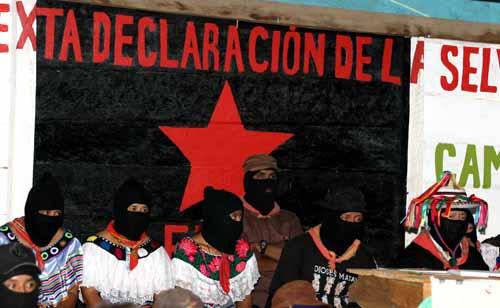 An Uprising Against the Inevitable