The river runs slow and shallow through the Chihuahuan desert as it flows 1,200 miles from El Paso/Juarez to the Gulf of Mexico. Bearing two names, the Rio Grande/Rio Bravo forms the natural divide between the United States and Mexico.

Now, another divide—a decidedly unnatural one—is marching west from El Paso, tearing through the farms and riparian zones that turn the desert green.

The Department of Homeland Security’s (DHS) border fence already marks most of the national boundary from San Diego to El Paso. But—armed with federal waivers to bypass the opposition of borderland communities, farmers, and environmentalists—DHS and its Customs and Border Protection (CBP) agency have expedited the construction of an 18-ft. steel barrier along the Rio Grande.

Ft. Hancock, an impoverished U.S. border town about 60 miles downriver from El Paso, is bustling lately from all the new attention to border security. The town’s center—such as it is—lies slightly east of the old U.S. Army’s frontier outpost, which in 1886 was named after Major General Winfield Scott Hancock, who was wounded in Gettysburg and later commanded the 5th Military Department in the Texas territory.

But as the Indians were removed and the area settled by prospective farmers, the fort was abandoned and the town developed to serve the riverfront farmers, mostly Anglos, who depended—and still do—on Mexican farm-workers. Today, Ft. Hancock remains largely a town—really only a "census designated place" (CDP)—of white farmers and Mexican-American laborers.

Until recently, Ft. Hancock was a twin city of El Porvenir, a slightly larger Mexican town of 3,000 inhabitants on the other side of the river. Today, the twins have grown apart as Ft. Hancock has again become fortified with a large contingent of 146 Border Patrol (BP) agents and with what the BP officers call "Tactical Infrastructure" (TI).

This TI (in BP jargon) includes a formidable fence that is now rising on either side of the port-of-entry bridge and the network of sensors deployed along the river. Reinforcing the town’s name, there is a newly fortified port-of-entry station and an adjoining BP district headquarters building that is under construction.

On both sides of the river, longtime residents are alternately bemused and angry at the border security buildup.

Ft. Hancock is not a typical boom town. Despite being the largest town in Hudspeth County, it isn’t incorporated, doesn’t have a community hall or plaza, or even a grocery store. Ft. Hancock Merchandise, like many of the town’s old stores, lies shuttered and forgotten. According to the census office, 47% of the 1,800 Ft. Hancock residents live in poverty.

But the ghost-town pallor of the town’s main intersection—where Texas 20 meets Knox Avenue—contrasts with the bustle seen at the other end of Knox Avenue, where it meets Interstate 10. At the Ft. Hancock exit off of I-10, about 50 miles from El Paso, the boom times are evident. While a few of the cars parked at Angie’s Restaurant (which proclaims itself world-famous for its chicken fried steak) and at the adjacent convenience store are locals and interstate travelers, most now are construction workers stopping on their way back and forth from El Paso.

Ft. Hancock is booming today because of its border location. But it’s hardly cross-border trade and travel that is sparking the increasing activity. Rather, it’s all about the business of stopping cross-border traffic.

While the border bridge that connects Ft. Hancock and El Porvenir, Chihuahua hasn’t been improved or widened (not broad enough for two cars) since it was constructed in 1936, the other border infrastructure on the U.S. side is undergoing a major upgrade.

The average home (most are mobile homes) in Ft. Hancock is worth about $25,000, but the new home of the Border Patrol will cost taxpayers at least $19 million by the time it’s finished sometime this year. The palatial-looking concrete structure rising next to the U.S. port-of-entry station will be the headquarters for the 146 Border Patrol agents deployed in "line-watch operations" along this stretch of the Rio Grande.

Also contributing to the Ft. Hancock boom is the construction of the new border fence, which extends, with some gaps, from El Paso to the east side of Ft. Hancock. According to BP Information Officer Lloyd Easterling, the government is spending about $3 million a mile to construct the fence in this area.

"I don’t mind the illegals so much," says Craig Miller, whose Miller Bros. cotton farm runs along the border next to the Ft. Hancock port of entry. "They don’t do much damage; in fact, no damage. It’s the Border Patrol agents who are the ones damaging our farms—driving through our fields as if they own this land, and four-wheeling it along our roads and levees, even when it’s wet, so they dig deep ruts that we have to repair."

"But the Mexicans who pass through," said Miller, "go through the irrigation channels, not leaving a trace, even covering up their tracks."

The Border Patrol have long been part of the life on the border, but the relationship between the Border Patrol and community residents like Miller has changed with the recent buildup in the number of officers at the Ft. Hancock station.

"The Border Patrol used to be part of this community," explained Miller, "but they no longer live here, don’t know the community, and don’t know the land." When he was a boy, he remembered fondly, a member of the Border Patrol was his Little League baseball coach. But now all but two of the 146 agents commute from El Paso, he said. "Now they don’t even know where the post office is," said Miller disdainfully.

He recognizes the need for a Border Patrol but like other Ft. Hancock residents now regards the Border Patrol as outsiders who don’t respect the locals, or worse, don’t even know them. As a result, residents complain that they are repeatedly stopped by roving Border Patrol agents and asked all manner of intrusive questions.

Miller says that one day he was stopped four times when traveling along the border road connecting two of his farms. "By the fourth time, I gave them a piece of my mind," said Miller.

Most of the agents, said Miller, are brand new and have never been in a rural area before. "They bring them in from Chicago, Philadelphia, wherever, and they don’t know anything about farms or this area."

Pointing out the Miller Bros.’ pump house, which stands near the border, he tells how one morning he saw 18 Mexicans crossing the border illegally near the pump house, each carrying a burlap bag on his shoulder. Taking them for drug runners, he phoned the Ft. Hancock Border Patrol Station, which is located about a quarter mile away. Miller informed the officer about the border crossers, and explained that they were walking past the farm’s pump house at that moment. Despite the farm’s prominence in the community, the answering officer didn’t know where the pump house was.

"Well, now they are walking up the dirt road past the Ft. Hancock ruins," said Miller, recounting the phone call. But the agent didn’t know where that was either, according to Miller, asking him if that was the old army post located some 15 miles to the east.

Miller recalled that he called the Border Patrol again, after seeing the Mexican men pack into a large van that picked them up where the dirt road meets Highway 20. "They’re now coming your way," he advised the agent. "All you have to do is step out of your office and stop the white van, which will be passing your way in a couple of minutes."

Apparently, the likely smugglers made it onto the interstate without being caught by the alerted Border Patrol.

Similar stories are told by Hudspeth County officials and other residents who seem uniformly angered and frustrated by the ineptitude of the Border Patrol. They see millions of dollars being pumped into this remote spot on the border but don’t feel any more secure economically or any safer.

Is the United States a Pollution Haven? 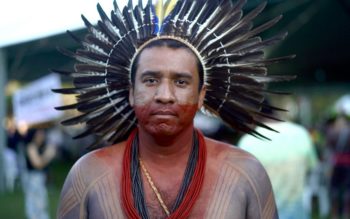