As President Uribe visited the White House on June 29, a major scandal regarding the Colombian intelligence agency, the Administrative Department of Security (DAS, Departamento Administrativo de Seguridad), was widening daily. According to Colombia’s Attorney General, over the last seven years the DAS systematically and without warrants tapped the phones and email of Colombia’s major human rights groups, prominent journalists, members of the Supreme Court (including the chief justice and the judge in charge of the parapolitics investigation), opposition politicians, and the main labor federation. Not only did DAS personnel spy on their targets, they spied on their families. This includes taking photos of their children, investigating their homes, their finances, and their daily routines. DAS even wrote a detailed manual of spying methods for personnel to follow.

International and U.S.-based human rights organizations that communicated with Colombian human rights groups and journalists were also affected by this espionage, including Human Rights Watch, Amnesty International, the Committee for the Protection of Journalists, and the Inter-American Commission for Human Rights.

This spying is even more horrifying because the DAS had a role in a government protection program for some of these individuals, many of whom regularly received death threats. Still unknown is the extent to which the DAS went beyond surveillance to dirty tricks and worse: a June 14 El Tiempo article claims that the DAS was responsible for sending a bloody doll to a José Alvear Restrepo Collective lawyer, Zoraya Gutierrez, in 2005 with a note saying, "You have a pretty daughter. Don’t sacrifice her."

The Colombia office of the UN High Commissioner for Human Rights has said it is "concerned about the illegitimate use that could be made of the information collected in illegal surveillance and the possible grave consequences for the affected people. Moreover, the public perception that there is illegal wiretapping can create self-censorship in the exercise of freedom of expression and communication, for fear of reprisals."

This is only the latest of several scandals for the DAS. Former DAS director Jorge Noguera was accused of handing over names of union leaders and other activists to be killed to paramilitary leaders in 2005. It’s a welcome step that the Attorney General is investigating—but there are no assurances the illegal activity has ended.

Prior to the raid by the Attorney General’s office on the DAS office in February 2009, DAS personnel destroyed evidence of the espionage. The Inspector General’s office has opened disciplinary investigations of several top presidential advisers who, the former DAS counter-intelligence chief alleges, were aware of the plan to wiretap Supreme Court judges.

The U.S. government provides equipment for the intelligence-gathering activities of the DAS, as Ambassador Brownfield admitted to the Colombia press, asserting that "we have collaborative relationships between the DAS and various U.S. law enforcement agencies, I don’t deny it, on the contrary I’m proud of it …" While the ambassador went on to claim that U.S. equipment was not used in the illegal wiretapping, we are left wondering how he could possibly be confident that U.S. aid and equipment was not used.

Those who have braved threats and attacks in order to defend Colombian democracy and the rule of law have themselves been routinely spied upon by Colombia’s intelligence agency. The systematic illegal surveillance by the DAS acted as a significant brake to freedom of expression. The United States must end any assistance to the DAS and call on President Uribe to protect freedom of expression in Colombia.

Since few U.S. news sources have reported on this developing scandal, we urge you to visit Colombian media and blogs. Here are some that we have found very informative:

Plan Colombia and Beyond
The New DAS scandal
http://www.cipcol.org/?p=752

Plan Colombia and Beyond
The DAS scandals
http://www.ciponline.org/colombia/blog/archives/000242.htm 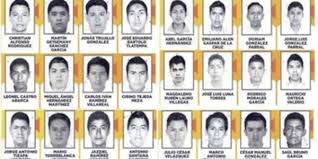