Honduras has suffered a coup d’état at the hands of congressional leaders and the commanding officers of the armed forces. Provided that the United States stands firmly with its partners in Latin America, this revolt against the constitutional order will certainly fall apart. To fail to restore President Manuel Zelaya to power in Honduras would risk reviving in Central America that dark era when the rights of free speech and assembly were curtailed and civilians could govern only within limits set by military leaders.

Honduras is notorious for its economic inequality. The very rich hold the reins of power and are literally above the law. Very few members of the country’s military and economic elites have been brought to justice for destroying the environment, stealing land and resources from the poor, using the state for personal gain, or silencing journalists who try to expose their crimes.

In fulfillment of his campaign pledge, President Zelaya quickly pushed through major legislation designed to protect the forests of Honduras from the powerful logging industry, which had enjoyed the protection of previous governments. For help with the rest of his moderate reform program, Zelaya consulted the U.S. ambassador and sought assistance from traditional Washington sources such as the Agency for International Development and the Inter-American Development Bank. His cooperation with Venezuelan President Hugo Chavez did not begin until later.

Prior to Zelaya’s election, I had helped found a Honduran nongovernmental organization called Democracy Without Borders, which was dedicated to making government more accountable and more responsive to the 60% of Hondurans who live below the poverty line. Decades before, I had served as chief of the political section in our embassy in Tegucigalpa. After Zelaya became president, I met often with him and his key advisers. Although foreign policy issues were discussed and sometimes hotly debated, there was never any mention of Venezuela or President Chavez.

Of the many crises that the Zelaya administration had to confront, it was the skyrocketing price of oil that pushed the Honduran economy toward the breaking point. Every week, bus lines and trucking companies demanded action, called work stoppages, and threatened strikes. President Zelaya decided he had to act. He took temporary control of foreign-owned storage terminals as part of a policy to check profiteering and lower gasoline prices. This initiative won Zelaya broad popular approval, but it brought down on him the collective wrath of the international oil companies.

While this drama was unfolding, a worried cabinet member asked me how President Zelaya should handle a surprise offer from President Hugo Chavez to supply oil to Honduras at subsidized prices. After learning all the details, I advised the minister to discuss the Venezuelan initiative with the U.S. ambassador. He should explain to him that the Zelaya administration had to act in the best interests of Honduras and ask him what Washington could do to help the government insure a dependable supply of oil at rational prices. Alas, the Bush administration offered Zelaya nothing—other than assurances that the right course was to trust in the long-term benefits of free-market capitalism.

The crisis in Honduras should remind the Obama administration that it has inherited an inadequate policy toward Central America. While President Chavez supplies cheap oil to favored regional allies, the United States supplies funding for the war on drugs and military assistance. Civilian leaders are understandably skeptical of a drug war that only seems to have increased corruption and violence in their countries. Elected presidents also worry that Washington’s counter-narcotics program gives the militaries of Central America a license to intervene in the internal affairs of their nations—a role expressly forbidden by the constitutions of all countries in the region. Recent events in Honduras confirm that these fears are well founded.

The Honduran civilian and military officials who set this coup in motion have committed a collective act of political suicide. They have demonstrated that they are unfit to hold public office in a constitutional government. The future of democracy in Honduras will be brighter once they are gone. 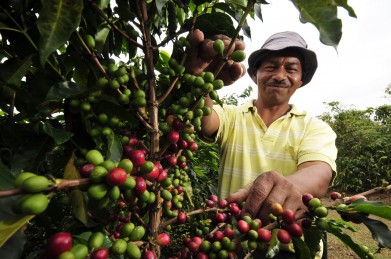