The Obama administration is trying to wiggle its way out of the immigration crisis created by the Bush administration without taking any decisive steps to distance itself from its predecessor’s immigration policies and enforcement practices.

The recent announcements by Department of Homeland Security (DHS) Secretary Janet Napolitano and officials of the department’s Immigration and Customs Enforcement (ICE) agency about reforms in ICE’s rapidly expanding immigrant detention system highlighted a tragic part of the back-end mess created by the ICE-led crackdown on immigrants.

But rather than facing the crisis head-on, the Obama administration has opted for some administrative tinkering to remedy some of the worst features of ICE’s enormously expensive and shameful Detention and Removal Operations (DRO).

Immediately after Sept. 11 the Bush administration, counting on Democratic support, began beefing up immigration enforcement. As part of the process of creating the Department of Homeland Security, the administration mandated a more aggressive and comprehensive immigration enforcement regimen, which was charted out in the Operation Endgame strategy document produced by DRO.

Published in 2003, Operation Endgame set out a 10-year strategy to: "Promote the public safety and national security by ensuring the departure from the United States of all removable aliens through the fair and effective enforcement of the nation’s immigration laws."

With the endgame clearly stated—to deport all removable aliens—all that obstructed the implementation of the strategy was funding and enforcement mechanisms. With strong bipartisan support that has continued into the Obama administration DHS has raked in $1.8 billion for detention this year alone in congressional authorizations for enforcement funding and unleashed a stream of new enforcement initiatives, such as Return to Sender, Operation Streamline, and Secure Communities.

Congress has also proved quite willing to authorize the creation of new immigrant "beds" for captured immigrants remanded for detention and removal. Detention beds for immigrants have tripled since the mid-1990s—up to 33,000 for a projected 440,000 immigrants who will be processed for deportation in 2009.

With all the money it can handle and congressional enthusiasm for enforcement, DHS has been steadily expanding detention space for immigrants, even opening a new detention center for arrested immigrant families. But rather than directly taking on the responsibility for the mass detention of immigrants picked up by its Operation Endgame, ICE has outsourced this responsibility to a complex patchwork of public/private detention centers.

In theory, at least, immigrant outsourcing could work if there were proper oversight and control of the private prison industry and the sponsoring local governments. In practice, though, ICE exercises little oversight, leaving the welfare of the hundreds of thousands of Operation Endgame immigrants in the hands of the so-called "privates" and of the prison towns, both of which see immigrants in terms of increased revenue streams from immigrant inmates. However, even within the half-dozen ICE-owned-and-operated immigrant detention centers, most of the custodial care is outsourced to private operators.

Operation Endgame focused on what it would take to remove all removable immigrants by 2012. Left out of the strategy was a plan to ensure that DRO would be properly and humanely managed.

Rather than charting out a civil detention system, "removable aliens" have been routinely treated as criminal detainees and channeled into privately run prisons where they are treated as criminals. In prisons in remote rural locations, most along the Southwest border, these immigrants are systematically cut off from legal support, family contact, and proper medical care.

Horror stories of unnecessary deaths in detention have resulted in a wave of shocking investigative and policy reports, as well as class action lawsuits. Records show that 104 immigrants have died in these temporary detention facilities, where the average stay is 31 days, since 2003. All the bad publicity, the advocacy work of groups like the Detention Watch Network, and the rising costs of maintaining a seriously flawed system forced the new administration to act.

Recognizing the detention center mess its enforcement programs and Endgame strategy have created, the Obama administration now promises to create a "truly civil detention system" that will come under strict ICE oversight. ICE has said that over the next five years its new Office of Detention Policy and Planning will overhaul its detention complex and locate new ICE detention centers near major cities to ensure better oversight and family/legal support.

By couching immigration enforcement within a narrow legal framework, Obama administration officials have repeatedly signaled a strong commitment to law enforcement along with a much weaker commitment to policy reform or a change in laws that categorize otherwise law-abiding immigrants as criminal aliens. Instead, it has stepped up immigration enforcement through a phalanx of "criminal alien" and "border security" programs in the name of enforcing the rule of law.

It comes as no surprise, then, that both ICE Director John Morton, a career prosecutor, and DHS Secretary Napolitano predict that the number of immigrants processed by DRO will not diminish under their tenure. As recently reported in the Miami Herald, Napolitano admitted that detention reforms by no means imply fewer immigrant arrests. "We accept that we are going to continue to have and increase, potentially, the number of detainees," Napolitano said.

Even more striking, perhaps, than the continuing DHS commitment to massive detention and removal has been its bureaucratic blindness to the full extent of the back-end detention mess. Its failure to heed the lessons of recent policy history is equally startling.

In the late 1990s Congress and the Clinton White House reacted to the rapidly expanding detention system managed by the Department of Justice (DOJ), although that period of expansion fell far short of the current explosion in detention centers. Increased immigration flows and harsh new laws that targeted both legal and illegal immigrants resulted in a badly managed, largely unaccountable patchwork detention system. In a half-hearted although welcome initiative, Congress authorized the creation of an Office of Federal Detention Trustee (OFDT) in an attempt to systematize, rationalize, and regulate the detention systems run by the U.S. Marshals Service (USMS) and the Immigration and Naturalization Service (both DOJ agencies).

The Justice Department’s OFDT opened in September 2001 but never was able to function as the coordinating office envisioned by reformers. The creation of DHS took the major component of federal detention out of DOJ hands, and the pre-Sept. 11 concerns about unregulated, uncoordinated detention centers faded in the post-Sept. 11 policy environment.

All immigrants arrested by the Border Patrol and ICE eventually pass through ICE-sponsored detention centers. But for an ever-increasing percentage of immigrants being processed for removal, these centers are only the last stop before deportation. As many as a third spend time in USMS detention centers and Bureau of Prisons (BOP) facilities before being remanded to ICE.

As part the Operation Endgame strategy, DHS laid the policy framework for imprisonment, not just detention. Prior to detention a deterrence strategy would kick in—sending a message to future unauthorized immigrants that they would be treated as criminals before deportation.

According to the strategy, DHS "promotes a balanced and integrated enforcement strategy, which ensures that the probability of apprehension and the impact of the consequences are sufficient to deter future illegal activity … We will create consequences for and deterrence to illegal immigration. DRO’s service and enforcement partners work diligently to identify, locate, apprehend, process, and remove aliens who violate this nation’s immigration laws."

ICE Director Morton’s promise to create a "truly civil detention center" is at best disingenuous and at worst deceptive. Morton oversees an aggressive enforcement apparatus that sends hundreds of thousands of illegal and legal immigrants into the core of the country’s criminal justice system where they are treated as criminals in a mushrooming array of USMS detention centers and BOP prisons along the border.

Both BOP and USMS rely on the same patchwork system of private operators and county-owned prisons that ICE depends on—mostly privately operated and locally owned prisons for profit. The two Justice Department agencies have created an array of separate but not equal prisons for "criminal aliens," most of whom are criminals only because of ICE’s new enforcement practices and abusive deterrence strategy. Like the ICE detention centers, these immigrant prisons and centers (for pre-sentenced immigrants) are characterized by their lack of transparency, lack of accountability, outsourced responsibility, and abysmal medical care.

Since the mid-1990s and especially in the past several years as the immigrant crackdown has hardened, BOP and USMS have been frantically searching for new private and public partners to provide lockups for the masses of immigrants sent their way by ICE.

Because of their designated criminal alien identity, the abusive conditions these immigrants face under Justice Department care have failed to attract the same kind of media, nongovernmental, and legal attention that led to the recently promised ICE reforms.

Exercising more oversight over the ICE detention system is certainly a necessary part of immigration reform. But even as it promises welcome upgrades and changes in its detention system, ICE continues to steamroll ahead with its Operation Endgame enforcement and incarceration strategies that have resulted in a veritable gulag of immigrant inmates. 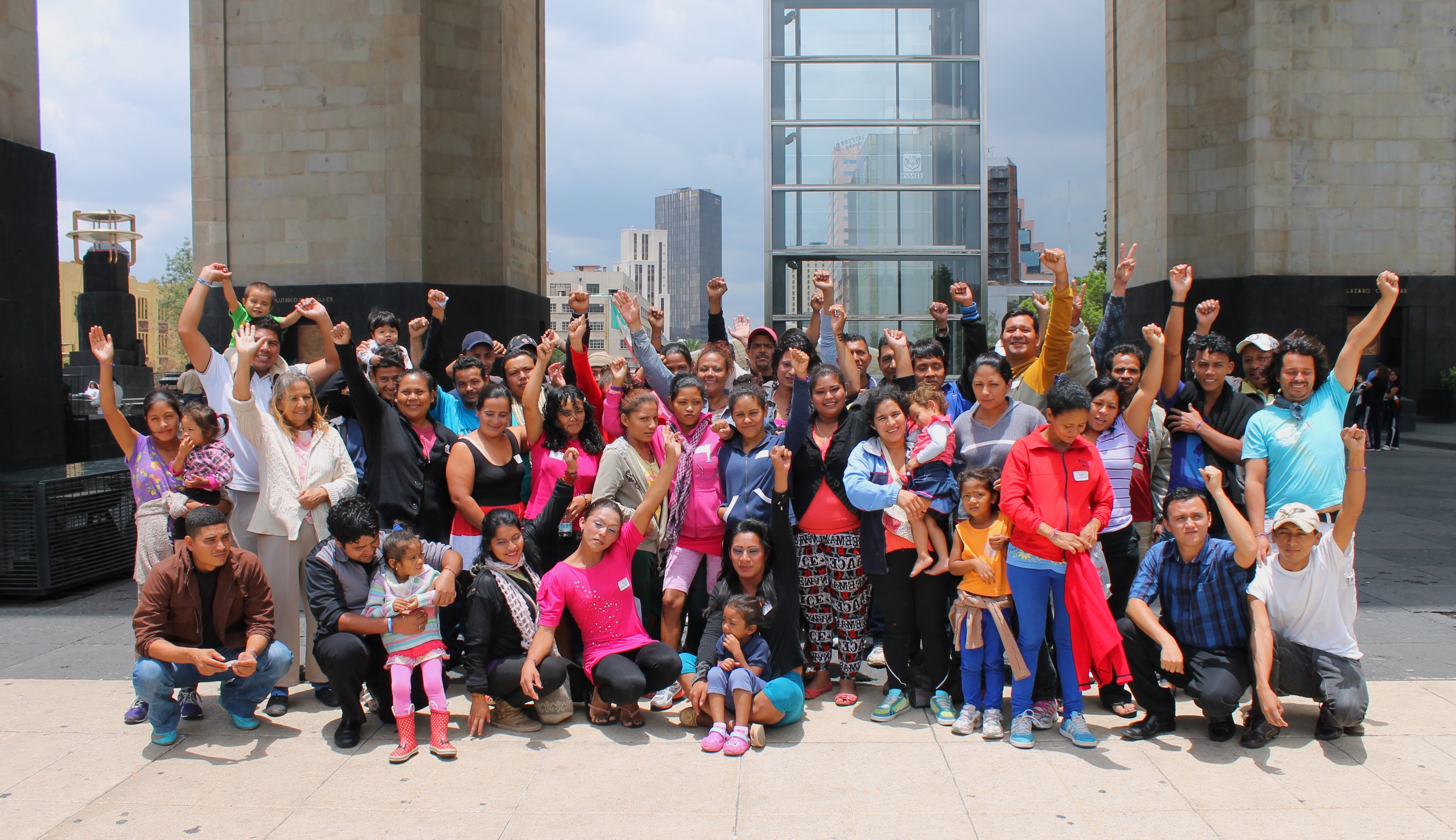