In their joint statement, the two presidents agreed to “catalyze investment in the Amazon region”. More recently, Bolsonaro revealed that he proposed to Trump a joint development program for to exploit the resources in the Brazilian Amazon. He reportedly proposed to create partnerships with his U.S.  counterpart to develop projects in the area, including mininginside Indigenous peoples’ territories.

“When I was recently with Trump, I told him that I want to open the Amazon region for him to exploit in a partnership. Currently as it is, we will lose the Amazon, that area is vital to the world”, President Bolsonaro said on the Brazilian radio station Jovem Pan.

The meeting sent up red flags among environmentalists and indigenous leaders. Global warming has turned the spotlight on original tribes around the globe, who have long fostered a symbiotic relationship with the biosphere and developed sustainable practices. From the protests of the Standing Rock Sioux Tribe  against pipelines in Dakota, to the Baka stand against destructive loggers, to the resistance of the Brazilian Kayapó to the Belo Monte Dam complex, original peoples’movements around the globe have stood up to defend not just their territories, but the planet itself. Their lands are among the only conserved parts of nature left on the planet. That has also made them the target of land grabs and attempts to roll back the rights and protections built up over the years.

“Indigenous people are among the best stewards of the forest around the world and this is certainly true in Brazil. Ninety-eight percent of indigenous territory is in the Brazilian Amazon and these are some of the very best-preserved forests in the biome”, explains NGO Amazon Watch’s Program Director, Christian Poirier.

Alessandra Korap Munduruku, a leader of the Munduruku tribe from Médio Tapajós in the Brazilian Amazon, told the Americas Program that one of the main obstacles to uniting among indigenous peoples is the lack of resources.

“We have a hard time reaching peoples from other countries, as we have to rely on crowdfunding. Our tribal chiefs always tell us that we must take our leaders to other tribes, whether abroad or other traditional groups”, referring to  groups within the country, such as the traditional African Brazilian former enslaved community called “Quilombolas” or the nearly self-sufficient “Ribeirinho” communities, made up of descendants of indigenous and white people who rely on fishing the rivers and farming.

The Research Director of Survival International, Fiona Watson, notes that international organizations can influence and pressure governments that violate indigenous rights, since they are less prone to being targeted or suffering reprisals as a result.

“Some countries, including Brazil and most others in Latin America, have signed the international law on tribal and indigenous peoples, ILO Convention 169 and are therefore legally obliged to uphold indigenous rights. Most countries have approved the UN Declaration on Indigenous Peoples and most in the Americas have also approved the OAS declaration on indigenous peoples. So international bodies have a duty to ensure that these declarations are upheld and to take appropriate action if not”, explains Watson.

“Virtually no country or government operates in a vacuum. So, if, for example, Brazil wants tosell its minerals and agricultural produce to international markets, consumers should know whether the products have been produced in violation of indigenous rights or not. Then they can take action accordingly”, Watson points out.

Poirier warns of what he sees as a present danger for indigenous rights and environment under the new government of President Jair Bolsonaro following recent announcements aimed at expanding commercial activities in the region.

The Amazon Watch representative argues that international forums are particularly important since Bolsonaro’s cabinet seems impervious to criticism from Brazilian public opinion, national civil society and social movements, and especially from indigenous peoples. The new president has made openly racist statements and has been cited as making the claim, “It’s a shame that the Brazilian cavalry hasn’t been as efficient as the Americans, who exterminated the Indians.”(Correio Braziliense newspaper, April 12, 1998)

The international community also has a role to play because it is a driver of the destruction. Watson affirms that there are cases of individual foreigners or companies stealing resources and indigenous knowledge, “but much of the destruction of the environment is being led by agribusiness and mining and logging mafias in Brazil. This is being fueled by the international community’s demands for minerals, hardwoods and soy”. This is where the consumer campaigns have been effective.

Another useful tool that indigenous peoples have found is to seek the support of international celebrities. British thespians Gillian Anderson, Colin Firth and Sir Mark Rylance, and renowned Brazilian photographer Sebastião Salgado have all supported the Brazilian indigenous movements.

“Rightly or wrongly, some people have more faith in individuals than they do in governments. International celebrities can spread messages to a very diverse and global audience that may not know anything about indigenous peoples”, analyses Watson. The well-documented friendship between British rock musician Sting and elder Kayapó leader Raoni dates from 1989.

Korap Munduruku, who moved recently to Santarém, Pará to attend law school, also sees a natural ally in academia.She states that researchers contribute to indigenous people’s struggle for emancipation by bringing knowledge to the tribes. For example, learning legal language helps prevent deceit since tribal members have been fooled due to a lack of understanding of legal terms. Formal education has also enabled them to learn more about their human and legal rights.

“We know what the government has to do for us, at least in terms of trying to minimize conflicts within our territory and from outside invasions”, Korap Munduruku says. The Indigenous leader notes that she has relatives studying Anthropology, Archeology and Forest Engineering.

Indigenous scholars, lawyers and politicians benefit indigenous people’s movements by speaking the language and learning the codes of institutions, and providing status within official circles. Joênia Wapichana, elected as the first indigenous Congresswoman in 2018, is blazing a trail—she was also the first Indigenous woman in the country to become an attorney. For 31 years Brazil didn’t have an indigenous political representative, after Xavante tribe chief Mário Juruna (1943 – 2002) left office.

Munduruku’s voice rises when she talks about all the adversaries indigenous people face. “We have to tackle the government, business people, gold diggers, soy farmers, loggers…” Having so many enemies has put them in a constant alert state. In her view, the biggest current threat comes from soy farmers represented by the political group known as “the ruralistas” (ruralists).  Some work outside the law, invading and poisoning the land and waters from the Tapajós River and presenting a life-threatening force for the tribes, she notes. Around 12.5% of Brazilian soil is considered indigenous land and agribusiness is eager to get their hands on it., The ruralistas, and surrounding industries often act together to strip lands from the resident groups and access the vast protected forests, to expand their monoculture business.

Bolsonaro’s inner circle of supporters includes politicians on the far-right known as the “bull, bullet and bible” caucus. Indigenous groups not only suffer encroachment on their land and usurpation of their civil rights, they also face pressure from  religious groups trying to convert them and sometimes murder them–not much different from colonial times.

These forces have vilified foreign NGOs working in the region and their alliances with Brazil’s tribes. “The opponents of indigenous rights in the bull, bullet and bible caucus use the threat of foreigners stealing resources to incite hatred against indigenous peoples and to fire up nationalist sentiment and support for their political campaigns”, exposes Watson.

Media coverage of indigenous causes has just started to gain momentum lately as part of the environmental debate and increased concern about global warming, Poirier points out.  As the protection of preserved forests act as a counter to climate change., “Media is paying attention to this and needs to do it increasingly”.

Survival International’s Fiona Watson states that indigenous people have the lightest footprint on the planet, as many tribes are largely self-sufficient and live sustainably, having nurtured and protected their lands for generations. This explains the wealth of biodiversity on indigenous lands today.

Agricultural researchers found that their success owed to their immense zoological, botanical and medicinal knowledge and development of effective measures for maintaining the diversity and richness of their lands. Practices such as taboos, crop-rotation systems, seasonal hunting bans and sacred sites contribute to conservation. Traditional knowledge has helped medicine and is being researched, as in the case of the religious plant ayahuasca that doctors and scholars are studying to treat severe depression and PTSD. 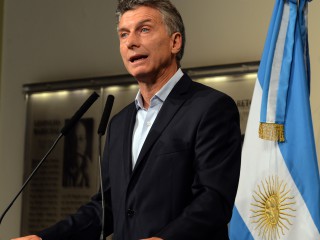 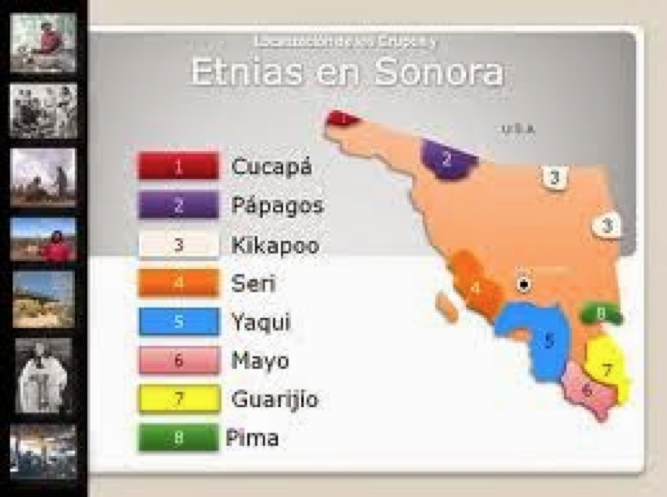