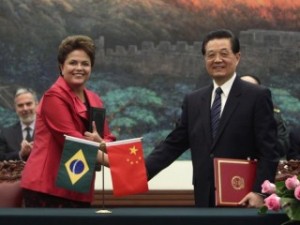 In mid-2010, the Brazilian press announced what had already been predicted on the international stage: China became the second largest economy in the world, after the United States.  In five years it had surpassed Germany and Japan.

Several factors placed China at the top of Brazil’s agenda for international relations. First, the possibility of increasing exports at a time when prices for its products were booming. [1] This gained importance as part of the international business strategy of the Lula government (2003-2010), particularly with respect to the agribusiness sector and among companies such as Vale and Petrobrás. [2]

Another reason for seeking stronger ties to China relates to the strategic diplomatic relations between the two counties through the emerging economy agenda (BRIC) [3]. Also, since the nineties the Chinese have considered Brazil as their main strategic ally in the region in the context of the growing influence of Chinese investments in Latin America.

By April 2009, China had become Brazil’s main trading partner, surpassing even neighboring Mercosur countries.  This was foreseen in the so-called “China Agenda”, promoted since late 2007 by the Brazilian Ministries of Development, Industry and Commerce, Foreign Affairs, and Agriculture and Fisheries, and by members of the Brazil-China Business Council. The plan of the China Agenda was to triple exports by 2010 and to increase investment in Brazil. [4]

When former President Lula visited China in 2009, his primary mission was to discuss a joint action plan 2010-2014 that included expanding chicken and pork exports, and signing a financing agreement for US$10 billion from the Development Bank of China to Petrobrás in exchange for oil for the state-run China Petroleum and Chemical Corporation (SINOPEC). [5]

For its part, the Chinese strategy goes beyond Brazil and includes extensive trade deals with Argentina, Peru, Chile, Venezuela, Colombia, Mexico and Costa Rica.  Besides Brazil, the nation’s strategic alliances in the region are Argentina, Mexico and Venezuela.

The first decade of the 21st century has not only been a period of growth in trade and diplomatic relations between China and Brazil, it has also been a period of intense competition between the countries, especially after China entered the World Trade Organization in 2001.

Debate over the devaluation of the Chinese currency and the revaluation of the Brazilian currency, and anti-dumping measures enacted by Brazil and Argentina are currently on the agenda with the Asian giant. [6]

It is a complex relationship; Latin American exports are based in commodities and raw materials, while the Chinese specialize in manufactured goods and technology.

Their model of aggressive industrialization requires large quantities of mineral resources and energy, and food for their population (according to 2008 UNPD figures, 1.32 billion people, 46% living in urban areas and 54% in rural areas). It is therefore no wonder that Brazil’s most traded products with China include iron, soybeans and oil–75% of total exports. [7]

Several developments in the region prompted Brazil to consolidate its relations with China, especially growing relations between China and Argentina [8] and the China-Peru trade agreement, which, as opposed to the 2005 China-Chile, which placed Chile as second only to Brazil in commercial trade with China, includes public works–an important investment sector for Brazilian industry in the region.

The composition of trade concerns Brazil’s national industries. The current trade surplus resulting from high prices for Brazilian products will be hard to sustain. From a US$50 billion surplus in the past, it is estimated that the surplus this year will be only US$10 billion.

Most (67%) of the Brazilian export businesses competing with Chinese firms have lost foreign market share. In 2010, 45% also lost local market share, especially in the electronics and textiles sectors. For this reason, the government announced the creation of an interdepartmental group to monitor the relationship with China at the beginning of 2011.

In a recent interview, former European Union Commerce Commissioner Peter Mandelson indicated that Brazil faces a paradox: China has become, on the one hand, its most important trading partner, and on the other, its greatest rival abroad.  The most paradoxical aspect of the relationship is that Brazilian exports depend in great measure on China’s monetary policy. Therefore, any adjustments that reduce demand affect the price of products.

As long as this policy continues to guide the strategic relationship between China and Brazil, the economic and political agenda of groups linked to agribusiness, mining and petroleum extraction will predominate in Brazil and disputes for investment and control of natural resources in the region will continue.

Carlos Aguilar is a researcher with the Secretaria Mesoamericana del Grito de los Excluidos, in San José, Costa Rica, and a research associate with CLAES.

[1] Approximately the 84% of Brazilian exports to China are commodities.  The recent visit by President Dilma Rousseff strengthened this reality by obtaining new quotas for pork, beef, tobacco and citrus fruits, as well as expanding current exports of chicken and soy.  In addition to existing investments, the Chinese are interested in soy and Yuan Longping HighTech Agriculture is interested in the industrialization and export of grains.

[2] During this period former President Lula visited in China on three occasions and welcomed his Chinese counterpart to Brazil once.

[3] Comprised of Brazil, Russia, India and China.  At present, though on a smaller scale, South Africa is also included.

[5] On this visit, they also signed more than 13 agreements on cooperation, a loan of US$800 million for BNDES, as well as an investment of US$4 billion for the mining industry in Brazil.  Pork sales were opened up during President Dilma Rousseff’s recent visit to China.

[6] In 2010, Brazil raised more than 40 anti-dumping measures against China, as well as increasing import tariffs in order to protect local industry.

[7] On the other hand, Brazil imports electronics and electronic parts, iron and steel, as well as textiles.

[8] The greatest losses for Brazil are estimated to be in the realm of organic chemicals, with losses of up to US$336.5 million, and of some US$185 million in the automobile sector.  See Sardelli/Correa/Freitas. Uma analise das perdas comercias brasileiras para a China (2000-2009). Revista Pontes. Volume 6. N. 5. dezembro 2010.

Translated from Spanish by Erin Jonasson. 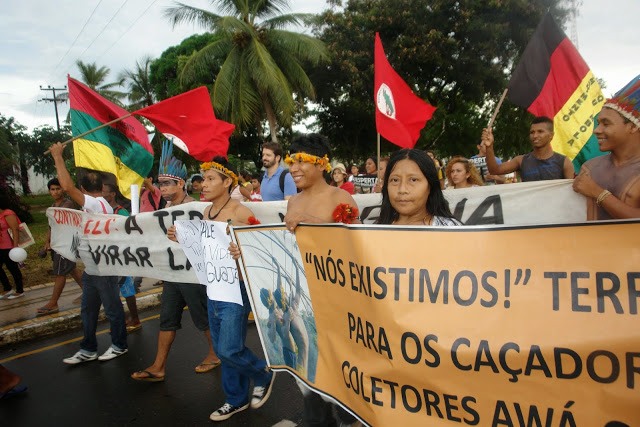 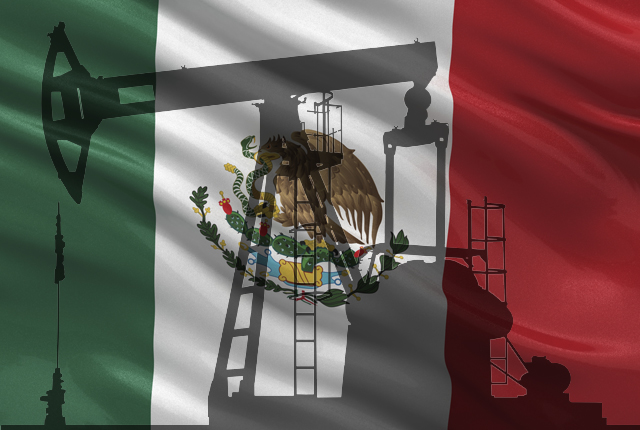