Most combatants in Colombia’s conflict have been men, but women’s participation in the construction of peace is critical for peace to be sustainable. When the United Nations Security Council passed Resolution 1325, mandating the full, equal participation of women at peace talks, it was an attempt to bridge the gap between theory and practice for integrating a gender perspective into peace processes.

War-torn Colombia represents the perfect opportunity to apply this approach, and despite an early struggle to include women in the talks, the effort has succeeded so far in transformative ways.

With seven million victims and counting, including 1,982 massacres (of which the number of killed is unknown), more than six million people displaced, tens of thousands forcibly disappeared and 27,000 kidnappings, Colombia’s internal armed conflict — an astounding 51 years — is a human-rights nightmare. Sexual violence stemming from the conflict has also disproportionately affected women, and domestic violence has grown more acute.

Colombian women have borne the brunt of the conflict not only as victims but also as agents in reconstructing their communities in difficult post-atrocity conditions. Colombia’s vibrant civil society includes at least 16 national women’s networks, and women play an integral part in hundreds of important civil associations.

Remarkably, an estimated 40 percent of the Revolutionary Armed Forces of Colombia (FARC) combatants are women. Failing to integrate women into the peace process, given their high level of victimization and the number of combatants and their key reconciliation roles, will handicap chances for enduring peace. As Virginia Bouvier, a Colombia conflict analyst with the United States Institute for Peace, has noted: “Research indicates that greater participation of women and civil society in peace processes yields faster, better and more sustainable peace agreements.”

After decades of conflict and various failed attempts to negotiate peace, Colombia’s current effort appears to have reached a point of no return. The negotiations between the Colombian government and the FARC that were launched in 2012 have focused on five thematic points: rural development, political participation, drug trafficking, victims’ rights, ending the armed conflict and carrying out the accords. The parties have agreed on four of the points and are attempting to finalize the entire accord by March 23.

Fighting for a Place at the Table

Women were not granted participation in the peace process at the start. It took elbowing and a summit of 450 women’s organizations demanding that Juan Manuel Santos, the president of Colombia, must make good on promises to include women before they were granted seats at the table. In September 2014, the negotiating parties launched a gender subcommittee of five elected members each from the government and the FARC. Since then, the subcommittee has diligently incorporated women and gender issues into the final accord.

Yet even with a subcommittee concentrating on the issue, convincing major players in the male-dominated peace process to include women’s issues into the negotiations has not been easy. Women’s groups have faced the difficult job of convincing negotiating parties that these issues are central to the accord’s vitality.

The subcommittee has indeed faced a tough task. One strategy that succeeded was to bring women’s representatives and international gender experts to Cuba, where the negotiations have been held, to educate the parties on these issues. Delegations have included representatives from at least 18 organizations, such as Nelly Velandia of the Association of Peasant, Afro-Colombian and Indigenous Women (ANMUCIC); María Eugenia Vásquez of the National Network of Women Ex-Combatants; Bibiana Peñaranda of Red Mariposas; and an LGBTI rights leader, Wilson Castañeda, of Caribe Afirmativo.

In Havana, the representatives shared their perspectives on why inclusion of gender and sexual diversity is important. They also proposed that a women’s commission be established to oversee the implementation of the accords.

The delegations on gender urged the parties to contribute to the de-escalation of the conflict and to respect international humanitarian law. In addition, they advocated for the parties to work toward a bilateral cease-fire and to continue talking despite obstacles that may arise during the process. The National Network of Women Ex-Combatants, a group of women who left the ranks of all sides in the conflict, has been particularly vocal in underscoring that women who are considering demobilization often have different needs than men.

These needs, they argue, must be reflected in the array of demobilization programs. The group has also insisted that the reasons women become combatants in the first place need to be dealt with as well.

In addition, the Network asked for inclusion of disabled combatants, political prisoners and exiles. They requested that special consideration be made regarding the obstacles that Afro-Colombian and indigenous women combatants face when reintegrating in their hometowns. What’s crucial is strengthening opportunities for the political participation of women and decreasing gender disparities in Colombian society.

Women have also played a key role in the delegations of victims that traveled to Havana in 2014 and 2015. More than 60 percent of the delegation members were women. This enabled the parties to the conflict to hear from a diverse number of women from different regions who suffered during the war through the actions of combatants and others. The victims helped the parties agree to principles for addressing victims’ rights in the accords.

While naysayers complain that these delegations to Cuba have delayed the process, there is no doubt that they have enriched the talks. Both the Colombian government and the FARC have released statements in favor of women’s rights, inclusion, diversity and women’s role in the peace process.

An important achievement of these efforts is that crimes against women, such as sexual violence, were seriously considered in the discussions. The Integral Truth, Justice, Reparations and Non-Repetition System set up by a September 2015 transitional justice agreement has a fully integrated gender focus. Sexual violence is also listed as a crime that cannot be amnestied under the accord.

These accomplishments are historic. As Gloria Amparo of the Bogota-based women’s rights group Casa de La Mujer put it: “It’s one of the first negotiations to end an armed conflict that recognizes women’s rights, women as victims, the need for truth, justice and reparations for women and the important role women play in constructing peace.”

The hope is that the final accord will include the recommendations on gender made by the subcommittee. The international community — including the United States government — must then help to guarantee that women’s issues become integral to post-conflict reconstruction. It must make sure, for example, that the Truth Commission fully addresses the sexual and other violence experienced by women during the conflict.

To transform the lives of Colombian women, much work must be done.

As Gloria Luna Rivillas of the Women’s Network in Choco Province has said: “One thing is to design a program from a desk in Bogota, and another is to implement it in the territories.” Colombia’s government has a pattern of making beautiful plans on paper that lead to gushing international reports that do not materialize on the ground.

The international community will therefore need to support Colombian women who are trying to achieve these changes, so consulting and including women’s groups is essential.

For Afro-Colombian and indigenous communities, this means creating meaningful dialogue with the women of the Afro-Colombian Peace Council (CONPA) and the National Organization for Indigenous Authorities (ONIC).

Danny Maria Ramírez Torres of the National Afro-Colombian Conference (CNOA) believes that the international community should guarantee that the process address “the systematic ways that racial stereotyping and discrimination affected Afro descendant women and their bodies during the conflict.”

To ensure that crimes against women, including sexual violence, do not recur, well-designed plans that monitor and verify implementation of the accords is required.

The changes that will occur with the demobilization of guerrillas and potential increase of security forces in areas previously abandoned by the state, like the Pacific Coast, require special vigor to ensure that women do not become prey. The influx of security forces in such Afro-Colombian areas in the past has led to prostitution of young women, sexual abuse, unwanted pregnancies and other serious problems.

Colombian women have fought in the country’s armed conflict for decades. Their participation in the peace process has shown that they can organize themselves to keep the talks moving forward. Now it is up to the Colombian government as well as the international community to help women continue to play a pivotal role in ending the Western Hemisphere’s longest-running war.

Gimena Sánchez works at the Washington Office on Latin American. This article is reprinted with permission from  Passblue http://passblue.com/2016/01/18/colombia-needs-to-take-a-gendered-approach-to-make-peace-last/ 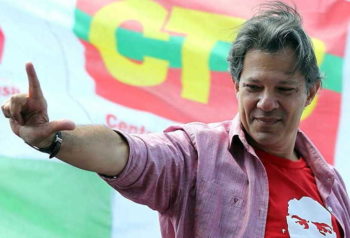 The Lethal Arms of the U.S. Drug War in Honduras