Jorge Parra smiled and laughed as he opened his mouth, no longer bound by thread, and bit into his first meal in 22 days. About an hour earlier, at 1 0:00pm on August 22nd, Mr. Parra signed an agreement with General Motors on behalf of the Association of Injured Workers and Ex-Workers of General Motors Colmotores (Asotrecol) that outlined a framework for mediation between each party. After over a year of protest and three weeks on hunger strike, a dozen men had just won a concession from a giant multinational corporation.

In front of the U.S. Embassy in Colombia’s capital city, the small group and their two non-profit lawyers capped days of meetings with looks of exhaustion and pride. Still, they knew that they had only agreed to a process for mediation and had not yet reached a settlement. They celebrated their small victory that night, but in the next days prepared for what they hoped would be a conclusion to their year-long search for justice.

Asotrecol formed in May 2011. A group of 68 current and former employees at Colmotores, GM’s South American subsidiary, created the association “in order to protect the human rights of GM workers and ex-workers and to denounce the abuses committed by GM.”[1] Asotrecol members claimed that GM Colmotores, Colombian government agencies, and health insurance providers were manipulating or falsifying workers’ medical records to erase evidence of work-related injuries. When GM Colmotores was cleared of any link to their injuries, as well as its financial responsibility to the workers for health costs, they fired the workers.

Jorge Parra, President of Asotrecol, was fired a month after organizing the association for “instigating” resentment towards GM Colmotores. Mr. Parra entered GM’s workforce healthy and worked nine years at the automobile plant. While employed, he started suffering from herniated discs, severe carpal tunnel syndrome, and upper spinal tendinosis. He underwent three surgeries for his injuries and now walks with a limp in his leg, a cane in his hand, and several screws in his spine. Although all of his injuries are associated with the repetitive motions and hard manual labor he performed in the plant, and are common among the plant’s employees, GM Colmotores refused to recognize his injuries as occupational. Mr. Parra was given no severance, workers’ compensation, or medical benefits.

Mr. Parra’s is not an isolated case. It is an example of many similar accounts. Although Asotrecol started with 68 members, workers claim there are over 200 workers in the same situation.[2] They also claim that they do not have legal recourse because their medical histories were altered. Mr. Parra’s professional risk insurance provider, Colpatria, was found guilty in May 2012 of unilaterally changing the designation of his injuries from “occupational” to “common.” Colpatria was fined 28,335,000 Colombian pesos ($16,000).[3] Although proven to have changed his records, which implies his illnesses should be recognized as work-related, his documents are not automatically reversed. To change them, Mr. Parra would have to hire a lawyer and navigate Colombia’s legal system, which could take years and significant fees. Unable to afford a lawyer, Mr. Parra is stuck with falsified but legally binding medical records.

The Colombian government has also been implicated in corruption related to Asotrecol’s cases. To legally fire its workers, GM Colmotores had to get the firing approved by the Ministry of Labor. Three Asotrecol members had their cases reviewed by Labor Inspector Luis Edgar Alvarado Vásquez. Workers claim they found their signatures on documents authorizing their firings although they had never signed the papers in question.

The documents prepared by Alvarado Vásquez legalizing the firings were falsified. He was found guilty of violating due process in the authorization of termination of employment. The Inspector was suspended from his work for 12 months for falsification of public documents.[4] When he repeated his actions in other instances he was sentenced to six years in prison. Again, though the documents were officially recognized as falsified, they are still legally binding, and can only be reversed if victims hire lawyers and file a claim they can’t afford.

However, the Office of Inspector General was not present during the investigation, as is required by law. The Ministry and GM Colmotores also reported that “no employees could be found on the premises to participate in the inspection,” calling into question the process’s validity and seriousness.[6] Because doctors on its premises maintained and prepared the documents misused by different entities, there is reason to believe GM Colmotores is also guilty of collusion.

General Motors has denied all allegations of illegal or improper conduct. In a statement issued on August 2nd, GM claimed that 95% of all cases similar to Asotrecol’s had been resolved in GM’s favor. It also declared that, “GM Colmotores is a company respectful of the law that has never put at risk the health or wellbeing” of any of its workers, nor had its workers ever “been fired for health reasons.”[7] Human rights groups have questioned that claim, pointing to the manipulation of documents as a way of contaminating the legal process. The Washington Office on Latin America’s Gimena Sanchez stated that the evidence cited by workers shows that “there was tampering and falsification of records, which is partly why those decisions were made in favor of GM.”[8]

Without faith in legal recourse, Asotrecol decided to protest their firings and press for negotiations between the association and GM Colmotores. General Motors is the largest U.S. automobile manufacturer, and reported Q2 profits of $1.5 billion.[9][10] However, a few years ago, the company was in financial turmoil. The Bush administration bailed it out with $20 billion in 2008, and the Obama administration invested another $30 billion in taxpayer dollars in 2009. The U.S. government became the company’s largest shareholder with 60% ownership.[11] It still owns 26% of the company’s shares.[12]

Around the same time its Detroit headquarters was declaring bankruptcy, Asotrecol workers helped Colmotores earn record profits.[13] When they were fired, they set up a make-shift shelter in front of the U.S. Embassy in Bogotá in August 2011. They chose the U.S. Embassy as the site of their camp and protest because of its unique relationship to the company. They hoped that the U.S. government, as one of GM’s principal owners, would recognize their rights violations and come to their aid. Months before Asotrecol launched its protest, Colombians received promises from the U.S. government that it would double down on its efforts to protect labor rights in Colombia.

Colombia has long held the title of the most dangerous country in the world for labor organizers. Although it accounts for 0.6% of the global population, it accounts for nearly 40% of worldwide unionist murders.[14] The U.S. government, eager to pass a free trade agreement (FTA) with Colombia, attempted to allay concerns over Colombia’s dismal labor record by passing an “Action Plan for Labor Rights.” The Labor Action Plan went into effect in April 2011. Meant to crack down on labor rights violations, it has not had a substantive impact on labor leaders’ security. Since its implementation, 34 labor leaders have been killed and over 484 received death threats.[15] In 2011, Colombia remained the most dangerous country for labor leaders with three times as many murders as its second-place contender.[16]

The U.S. government has received criticism from human rights groups for promising to protect rights as it finances GM’s abuses. The Congressional Monitoring Group on Labor Rights in Colombia has pushed for action, but made no statement regarding Asotrecol. The U.S. Embassy repeatedly called for a resolution, but took no public action.

After one year without any indication that GM was willing to negotiate a settlement, and without visible pressure from the U.S. government, Asotrecol members became desperate. Only a dozen remained of the original 68. Unable to find work elsewhere due to their injuries, some started losing homes, couldn’t provide for their families, and decided to take drastic action. Four of the men started a hunger strike on August 1st, 2012, and sewed their mouths shut. Three more joined the next week, putting six stitches in their lips. Another six went on hunger strike without sewing their mouths closed.[17]

Though the U.S. government took no public action, Asotrecol has found overwhelming support in concerned U.S. citizens. Two weeks into the hunger strike, nearly 200 U.S. citizens across the country “fasted in solidarity” or protested at local dealerships, GM headquarters, and CEO Dan Akerson’s home.[18] Over 4,000 people have signed a petition set up by the workers. The AFL-CIO Solidarity Center in Colombia has been working to negotiate a settlement with GM for nearly one year. Due to increasing international pressure, General Motors sent a high-profile delegation of lawyers and personnel to Colombia to attempt to reach a settlement with Asotrecol.[19] On August 22nd, both sides agreed to submit to mediation, not in Colombia’s legal system, but through the Federal Mediation and Conciliation Service of the United States. Talks are expected to begin this week. As part of the agreement, Asotrecol agreed to lift the hunger strike and called for a suspension of U.S. protests until a deal is reached.[20]

Framework a Sign of Progress, but Settlement Not Yet Reached

The agreement did not resolve the workers’ concerns, but it did outline a process for mediation. A small step towards attaining their goals, their excitement was impossible to conceal. “The doctors told us we should ease into food with chicken broth,” said Manuel, one of the first to sew his mouth closed. “But we couldn’t get any broth so we just had chicken.” The men dug into roasted chicken legs and arepas, smiling and yawning without restrictions, feeling around their lips where they had just removed the thread. After weeks, the wounds had not healed and will likely leave lifelong scars. Nevertheless, all present were obviously proud of what they had accomplished. Fighting for labor rights in Colombia usually doesn’t end well for workers, and a small group had just gotten a multinational corporation to agree to sit with them at the negotiation table.

Still, they all know that this is the beginning of negotiations and are wary of getting too excited before they have a signed agreement in hand that is amenable to all parties. “We still need people to watch this process closely in case it falls through,” declared Mr. Parra. “We’ve agreed to a process of mediation but GM has already unilaterally pulled out of five of these before. We wouldn’t have gotten this far without international public pressure, and we need everyone to take action and return to protests if GM does not seriously address our petition for justice.” Until they achieve a meaningful settlement, Asotrecol will remain in front of the U.S. Embassy.

A day before they enter mediation, the men’s faces bear looks of excitement, anxiety, and anticipation. Their lives and those of their wives and children will be forever marked by what happens this week, and it is impossible to predict the outcome.

“What can I say? We just hope it all goes well,” says Jorge, gazing toward the Embassy gates. If all goes well, Jorge will soon take down the plastic tarps in front of the Embassy and return home to his wife and daughter. If not, he’ll sew his lips back together, stop eating, and continue his fight for justice.

Austin Robles is a U.S.-Latin American relations specialist, currently Program Coordinator for Witness for Peace in Colombia, based in Bogotá. He is a contributor to the CIP Americas Program/Americas Updater www.americas.org

[1] Association of Injured Workers and Ex-Workers of General Motors Colmotores. “Who We Are.” http://asotrecol.com/. 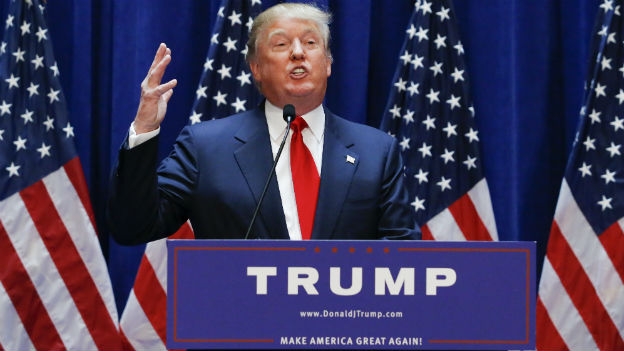 Both Parties are Playing the Mexico Card

Military Crisis in South America: The Results of Plan Colombia