The reconstruction of events from the Attorney General’s office regarding the Ayotizinapa case has completely come undone.

The results of the six-month long effort by the Interdisciplinary Group of Independent Experts (GIEI), named by the Interamerican Commission on Human Rights (ICHR), confirmed doubts that had already been raised by independent forensic investigators and media reports: that it is scientifically impossible that the 43 students from Ayotzinapa who disappeared in Iguala on Sept. 26, 2014 could have been incinerated in the waste dump of Cocula.

The independent experts also presented some proofs that the authorities knew about and kept hidden, such as  evidence showing the involvement of the Federal Police and army in the events and the presence of a fifth bus comandeered by the students that night and omitted from the official report. The group puts forth a hypothesis that this vehicle could have been used to transport drugs, unbeknownst to the students. According to the GIEI, this bus may constitute the motive for the attack.

Just a few days before the anniversary of the attack at Iguala, the America’s Program had the opportunity to interview Carlos Beristain, one of the five independent experts who participated in the investigation.

How did you conclude that the 43 students were not incinerated in the Cocula waste dump?

Our investigator, who has enormous international experience, visited the location. He conducted an analysis of the conditions present at the waste dump to determine if there were burn signs on the surrounding vegetation, caused by a supposed funeral pyre of the 43 bodies. Testimonies of the accused were evaluated regarding the method by which such an act would have been carried out.

But nonetheless, some of the 111 accused have affirmed that the 43 bodies were incinerated at the waste dump.

The statements of the different implicated individuals contain inconsistencies. They present four different versions of what happened with the normalista students: one indicates that the students were taken to a security house; another says that the students had gone armed to attack the brothers of Benítez Palacio; another states that the students were taken to Pueblo Viejo and buried there in a common grave; and still another indicates that the young men were taken to the waste dump at Cocula. These statements present four different scenarios, with inconsistencies among them all, and also there are strong inconsistencies within the version describing the scenario at the Cocula waste dump regarding how they were transported, to where and how they supposedly were executed, in addition to the discrepancies regarding other elements.

Your team concluded that it is impossible for there to have been a fire big enough to incinerate 43 bodies at the Cocula waste dump. Could it not be possible that a lesser number of cadavers were burned?

There is no version of events that indicates that a lesser number of bodies were burned. There is no statement from any of the persons implicated that states this. That would, in fact, constitute a fifth version for us.

Can it be said that there was, on the part of the Mexican state, an attempt to conceal what happened that night in Iguala?

We have not completed an analysis of this accusation. What we have said is that there is a total omission of some of the facts, in spite of them being included in the statements from the students of the Rural Teachers’ College, and we let the Attorney General’s office know this. Our report contains descriptions of the facts and does not contain assessments regarding the behavior of the government, the Attorney General or other officials. In any case, although there are people who are responsible for these omissions, it is not our role to investigate that. But someone should.

What has been the reaction of the authorities in response to your recommendations?

During the first few days there was a somewhat contradictory response. On the one hand, President Enrique Peña Nieto published several messages on his Twitter account in support of our report, indicating that the government would accept and incorporate it into the investigation. The Attorney General’s office also made statements in the same vein, even though some officials indicated that the official version was still correct.

Our work is an opportunity for the Mexican state, and we consider it to be a contribution to the fight against the impunity in the country.

For us, the response is the official one, in other words, that the report will be incorporated into the investigation and that our recommendations will be taken into account to redirect the investigation, the search and the response to the family members, which are the three key elements of our mandate.

Our work is an opportunity for the Mexican state and we consider it to be a contribution to the fight against the impunity in the country. It’s an important tool not just in this specific case, but also offers general recommendations for other cases of forced disappearances in the country, and we hope they will be adopted in practice.

Your mandate was extended for another six months. What will your work consist of?

We are going to have 6 more months of work to be able to continue pushing in this direction. Now we know a few things clearly: that the teaching college students were not confused with drug traffickers, that they were not infiltrated by anyone, and that by means of the “C-4”, which is a center of coordination where the Federal, Municipal, State Police and the Army participate, the youth were monitored before and after they had arrived in Iguala.

For that part of the story, we know what happened. But there is another part on which we still do not have clarity and it’s in that grey area where we need to focus in the following months.

Orsetta Bellani was born in Italy and has been living in traveling in Latin America for many years. She works as a freelance reporter, and has degrees in Communications and International Relations. She writes for the America’s Program www.americas.org. 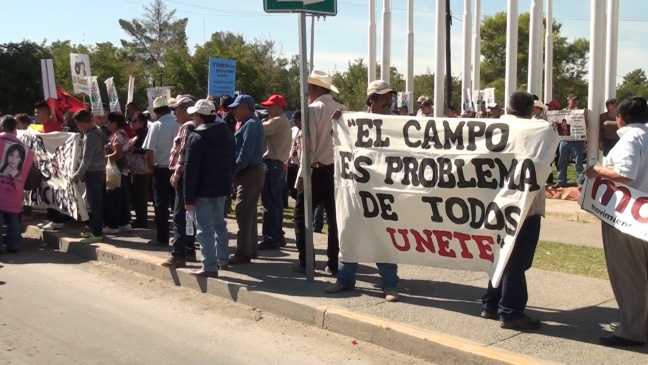 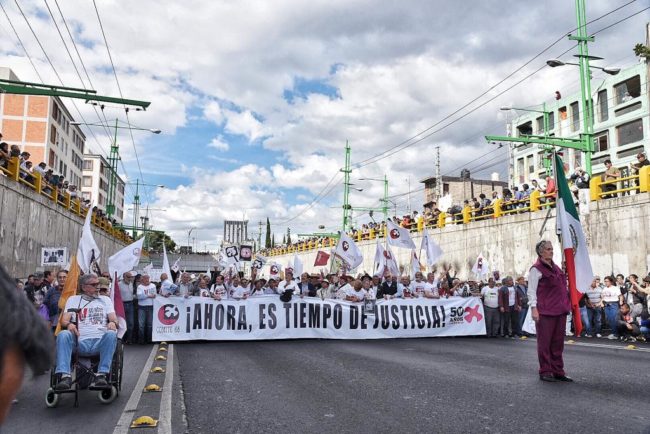 Fifty years since the massacre of Tlatelolco