As life-size cardboard cut outs of Pope Francisco were propped up throughout Juarez as part of development and publicity efforts that cost the city over 20 million pesos, activists also prepared messages to the Argentine pope. Farmers, women human rights defenders and families of disappeared persons organized a series of activities and addressed an open letter to Pope Francisco. Their messages pointed to the social problems still plaguing Juarez. By visibilizing gender violence, disappearances, human trafficking and the poor working conditions of farmworkers, Juarez’s activists challenge the so-called “miracle of Juarez” that claims that the city has left behind its days of being the most violent city in the world.

On the last leg of his six-day tour through Mexico, Pope Francisco arrived in Juarez on Feb. 17 and had a full day of activities. He visited the state prison, met with businessmen and workers, held Holy Mass on the fair grounds and led a departure ceremony in Ciudad Juarez International Airport.

During his first papal visit to Mexico, Francisco spoke out against corruption and violence, to bring a message of hope to the country’s marginalized people. Hoping the Argentine pontiff would heed their call for help, a cross-sector collective Al Encuentro con Francisco sent an open letter to the pope just days before he was set to arrive in the border city.

The letter released on Feb. 14 and signed by more than 26 civil society organizations, detailed the reality of violence and impunity that still characterizes daily life in their city:

“We want to tell you, Francisco, that despite what the politicians and businessmen may tell you, this is a city torn apart by violence, death and the pain of victims and their families. You should also know that the absence of justice deepens the wounds of a citizenry that is systematically ignored by their leaders who through speeches mask this reality like they have done with the streets and facades you will pass by on your tour. The truth is that Juarez remains abandoned and at the mercy of the greed and indolence of its authorities.”

They asked Pope Francisco to “denounce what is happening,” to speak in honor of the victims and denounce the root causes of the violence in Juarez. The groups included petitions to the pope to ask the government to stop death, repression, and treason against its own people and pleaded him to “name the horror, its victims and those responsible.”

However, by the end of the visit, activists wondered whether their organizing efforts and messages to the pope were enough to inspire long-lasting justice on the border.

The myth of the miracle of Juarez

The activists urged Pope Francisco to see through the “miracle of Juarez.” Back in April 2015, the government of Juarez launched a re-branding effort to boost tourism and commerce in the city that had gained notoriety as the murder capital of the world. Through the “Juarez is Waiting for You” campaign, government officials worked to entice a return of U.S. investment. Beginning in 2012, the government along with business owners worked to revive an energetic nightlife that once characterized the city. By last year companies like Honeywell and Flextronics were revving up hiring and investment in the city. And

The push to breathe commercial and cultural life back into the city came after the murder rate finally started to drop from record levels. According to the Crime and Safe Report for Ciudad Juarez (OSAC), homicides decreased from 1,900 in 2011 to 434 in 2014. However, for many, these relatively lower numbers are still absolutely high numbers and no reason to celebrate. The violence of its past, which peaked at 8.5 killings per day in 2010, has left irreparable damages to its youth and hundreds searching for their missing loved ones. Corruption is still bad in Juarez, factory workers continue to be paid dismally low wages, and many fear that the Juarez cartel may gain strength in the near future.

The “miracle of Juarez” narrative also holds little significance for the victims of femicide and their families. The femicide rate is still exceptionally high in Ciudad Juarez. According to the 2015 UN-affiliated report on violence “Every Body Counts: The Global Burden of Armed Violence,” the state of Chihuahua’s rate decreased from 36 to 15.2 per 100,000 between 2007 and 2012 but is still more than four times the national rate.

While women are still being murdered and disappeared in the border city, justice has yet to come for the thousands of victims of femicide during the last nine years. This is why, in preparation for the pope’s visit, the mothers of victims of femicide painted the symbolic pink crosses on posts along one of Juarez’s main avenues.

Over two-dozen mothers gathered along Avenida Tecnologico on Monday Feb. 15 to paint thirty posts with black crosses on pink paint that read “Justice! Not One More! Alive They Took Them, Alive We Want Them!” As the avenue that leads from the airport to the heart of the city, mothers hoped the bright pink color of their messages would catch the attention of the pontiff. However, only a few hours later, city workers painted over the crosses with red paint.

Messages to the Pope

Once again faced with government efforts to cover up their pain and struggle, multiple sectors of civil society from Juarez and El Paso organized events to gain the pope’s attention. Al Encuentro con Francisco began activities on Saturday, Feb. 13, when children painted a mural in the historical downtown district to show through their drawings how they see their reality in Juarez.

On Monday Feb. 15, the Border Network for Human Rights from El Paso organized a mass on the border where migrants were able to reunite with their families, many of which hadn’t seen each other in 20 years. They hung a huge sign that read #ImmigrantLivesMatter on a building just east of where the pope was to officiate mass during his visit. During the reunion they also read aloud a letter addressed to the pope, asking him to mention the plight of immigrants.

The letter welcomed the Pope to the border, a place where “thousands of people suffer daily attacks of hatred and anger…”

“Welcome to this border where hundreds of migrants die each year trying to reach the American dream; welcome to the most militarized border in the world even when the United States is not at war with Mexico.”

On Tuesday Feb. 16, fifty women participating in the Pilgrimage of Women for Migrant Justice crossed the Santa Fe Bridge from El Paso to Juarez. Participating women came from U.S. cities like Boston, Seattle, San Francisco, Los Angeles, Austin, Houston, Washington DC, among others. Carrying flowers as they crossed the bridge into Juarez, they honored migrant experiences in Mexico and called for respect of migrant dignity and an end to detentions and deportations.

The Barzonistas, a small farmer’s movement, traveled on a three-day voyage by tractor from the Benito Juarez Ejido in central Chihuahua to Ciudad Juarez. They bore a letter to the pope that they were able to deliver during the pope’s meeting with the local business community. In it they expressed their concern about climate change and the environmental and social problems caused by the global warming, the devastation of natural resources, and wealth inequality in Mexico.

On Tuesday afternoon, all 26 organizations gathered at the monument to Juarez to await the pope’s arrival. Group leaders stated confidently that the pope’s voice in Juarez would be a dissenting voice for structural changes, and changes in society.

During the vigil, Veronica Corchado, lead organizer of Al Encuentro con Francisco, told the crowd, “We have talked about these problems for a long time, but it’s very different if the pope says it.”

On Wednesday afternoon, the pope addressed a crowd of 220,000 people in an outdoor mass in Juarez while another 30,000 listened in from the Sun Bowl stadium at the University of Texas at El Paso. During the service Pope Francisco referred to the injustice and violence faced by migrants in Juarez as a “human tragedy”; touched on the pitfalls of Mexico’s youth because of drugs and violence; and noted how many women’s’ lives have been “unjustly robbed.” Toward the middle of his homily the pope proclaimed, “No more death!” No more exploitation!”

Thousands erupted in applause at the end of the pope’s sermon. Many others were disappointed that the pope did not make a more pointed critique of the government lack of justice and corruption described in the testimonies and open letters from activists.

In an interview with the Americas Program the day after the pope’s visit, Imelda Marrufo affirmed that the pope walked a fine diplomatic line by keeping his criticisms general. Marrufo is president of the Women’s Roundtable based in Juarez that works closely with mothers of victims of femicide and disappearance and a participant of the Al Encuentro con Francisco.

She noted that the pope’s homily provoked different reactions among the collective.

“There are some mothers and women in our collective who are satisfied with the pope’s mention of [violence against women], but others are dissatisfied that he didn’t specifically name the femicide epidemic. For them, this is essential since this city is the epicenter of social pain regarding violence against women,” Marrufo stated.

She said that many sought a more explicit reference from the pope, because when society names problems like femicide, it recognizes there is a responsibility on the part of the government and of the people to change and prevent it. “It was once common to hear about the dead women of Juarez. But we quickly learned you couldn’t call just them dead when they were murdered. By publicly recognizing they were killed, we recognized femicide–a very powerful concept.”

Marrufo affirmed that Pope Francisco seemed to back off from making stronger statements in Juarez. “He didn’t want to commit himself to political messages so as not to generate tensions in political relations with the Mexican government,” she noted. She added that, nonetheless, his message did comfort some members of their collective, especially mothers.

While many praised the pope for his strong stand against violence, vice and injustice, others are waiting to see how his visit will improve life in Juarez and the rest of Mexico. Families and activists who have fought long and hard to change the reality of violence that has immobilized their society plan to continue organizing.

At the conclusion of the pope’s visit to their city, activists emphasized that there cannot be forgiveness, or any sort of improvement in the quality of life in Juarez, without justice.

Nidia Bautista is a freelance journalist currently based in Mexico City. 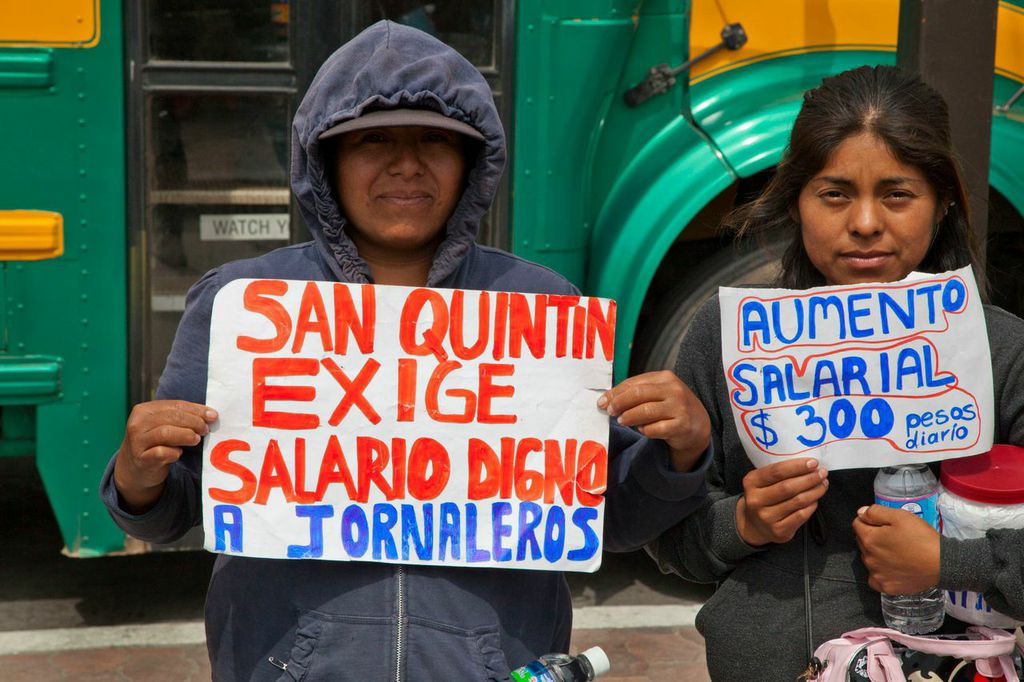 The Movement that Stood Up to Agro-Industry 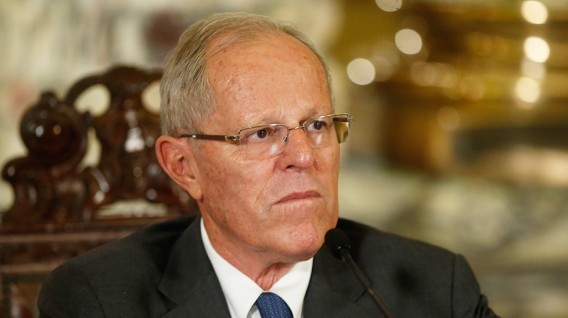 Pedro Pablo Kuczynski: “You know how this thing goes”