Buried underneath last week’s hysterical news about the continuing, politically manufactured “debt ceiling crisis,” was an article from a non-U.S. press agency, the French Press Agency, entitled “US unveils sanctions against global organized crime,” It detailed how President Obama had signed an executive order imposing financial and other sanctions on a group of foreign criminal organizations ranging from Russia, Japan and Italy to Mexico.

Buried even further within the article was mention that the executive order was part the White House’s “new Strategy to Combat Transnational Crime.” Going to the White House website, we found the full Strategy report, Its subtitle is, “Addressing Converging Threats to National Security.”

In his introductory letter to the Strategy, President Obama says, “this strategy is organized around a single, unifying principle: to build, balance, and integrate the tools of American power to combat transnational organized crime and related threats to our national security…”

In his supporting role as spokesman for this “strategy,” Attorney General Holder proclaimed that, ” Today, with the release of this Transnational Organized Crime Strategy, we usher in a new era of national vigilance, global engagement, and close collaboration among – and beyond – our respective agencies and departments.”

He went on to say, “Not only will this new strategy allow us to integrate our work more effectively, and to leverage limited resources more efficiently, it also will ensure that our agencies – and our government and law enforcement partners – have the tools and authorities necessary to protect the American people from some of today’s most urgent, and complex, threats.”

The strategy document begins by defining – for the first time in government publications – what it means by Transnational Criminal Organization (with its government-speak acroynym, “TCO”):

The attempt to define these organizations goes on to say, “Transnational organized criminals act conspiratorially in their criminal activities and possess certain characteristics.” These “may” include committing acts of violence and intimidation and attempting to corrupt governments and commerce.

Late in the list of characteristics — but first in importance and logic — is the acknowledgement that “they have economic gain as their primary goal, not only from patently illegal activities but also from investment in legitimate businesses.”  We will leave to others a critique of the ambiguity of this “definition,” which — with government-speak slight of hand — melds the terrorist goal of “obtaining power” with the cartel goal of making money.

The strategy then sets forth its goal and objectives: “The end-state we seek is to reduce transnational organized crime (TOC) from a national security threat to a manageable public safety problem in the United States and in strategic regions around the world.”

Clearly, no thought has been given to any other framing of the issue of drug consumption as one of public health and education. Use and sale is defined as a crime and, now, as an urgent matter of “national security.” The drug war becomes an ever bigger, international game of “cops and robbers.”

The Strategy proposes to achieve it goal by pursuing five key policy objectives:

All of these goals and objectives focus on the use of power to “break” and “defeat”  the now ostensibly defined “transnational” enemy. These objectives are, themselves, worthy of thorough critical analysis.

The strategy goes on to outline how the U.S. – and the world – will reach these objectives by applying “American power.” “New and innovative capabilities and tools” will be used. These include two particularly worrisome “tools”:

The legislative proposals are not detailed. We wonder if we are we looking at another Patriot Act. The “interagency” coordination appears to be a central part of the strategy, as the action items presented list groups from the Departments of Justice (FBI, ATF, DEA), Homeland Security (various border security initiatives), and Defense, as well as the (undefined) “intelligence community.” The War on Drugs is married to the War on Terror.

The strategy then lists six arenas of action to attack these “TCOs”:

The “taking shared responsibility” part echos the language of Secretary of State Hillary Clinton and President Obama that acknowledges that U.S. drug demand fuels the illicit drug trade. It then repeats promises of more focus on reducing drug consumption. However, the National Drug Strategy budget, announced earlier this year, continues to give the vast majority of funds to enforcement of prohibition.
The “new strategy” then goes on to focus on ostensibly better coordinated intelligence gathering (the U.S. having such a great record on intelligence gathering in the past decade), stopping money laundering (again, there is such a stellar past record), and interdiction and prosecution (same-old, same-old).
The “new” strategy is only more of the same failed  “war on drugs,” even though the Obama administration says it is no longer fighting a war. And it makes clear the motivation for continuing this war, now re-labeled as a fight against “transnational criminal organizations,” the new government-speak for the drug cartels.The president’s introductory letter states the motivation, “…this strategy is organized around a single, unifying principle: to build, balance, and integrate the tools of American power to combat transnational organized crime and related threats to our national security”The War on Drugs – and this “new strategy” – is all about the delusion of power, the misguided, false belief that the issue of drug consumption, by making it a crime, can be conquered by the powers of the state.

Power will never resolve an issue of human desire and the search to satisfy it.

Dr. Brundage is a retired or, as he prefers to say, ‘jubilado’ clinical psychologist now living in Mexico. He has developed an intense desire or ‘inquietud´ to educate his fellow estadunidenses and other concerned persons about the impact of U.S. laws and actions, especially in the areas of drug prohibition and immigration, on the well-being of the people and the civil society of Mexico. Blogging provides a vehicle for him to increase understanding of these critical issues. 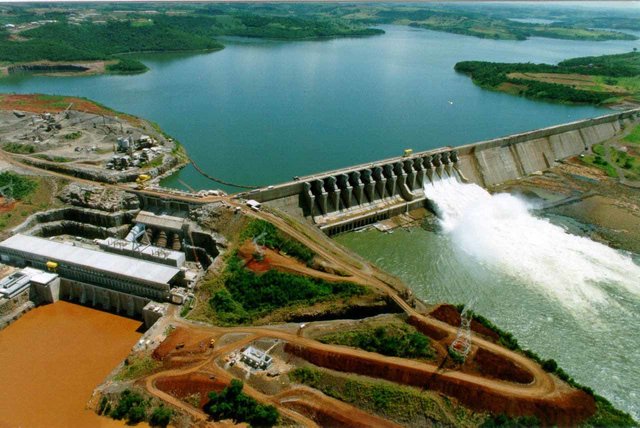