El Estor, Izabal is a mountainous area in northeastern Guatemala, territory of the Q’eqchi People for the most part. The largest nickel mine in Latin America is located there. Since late October, local indigenous communities have risen up to defend their right to the territory demand compliance with the law. Although the Constitutional Court ordered suspension of operations in 2019, the Minera CGN, PRONICO, whose headquarters are in Switzerland and also has major investors from Russian and other countries, continues to operate illegally in Q’eqchi territory.

The fight against the Fenix ​​Mine and massive extraction has been going on for more than 50 years. In 1971, the military government granted the concession to the transnational EXMIBAL. Since then the resistance against the mine has claimed many lives. For opposing the mine and the violation of indigenous peoples’ rights, local leaders were assassinated and several women leaders in the area were persecuted and criminalized.

Members of a commission from the Universidad del Valle de Guatemala were disappeared two years ago and to date the case has not been investigated. State and corporate violence against communities that resist the imposition of mining has continued, reaching another critical point in recent weeks, when the communities organized a peaceful protest at the entrance to the municipality to block trucks loaded with coal that the mine needs to operate. They maintained a roadblock, stopping only these trucks, while allowing pedestrians and other vehicles to pass.

The communities demand that the company comply with the resolution to suspend the mining operations until there is a legitimate consultation process, and that the indigenous communities be included in the pre-consultation activities, both points mandated by the Constitutional Court (CC). The Ministry of Energy and Mines has insisted that the indigenous Q’eqchi ‘authorities, who are legitimately recognized by the communities, cannot participate in the pre-consultation process, despite the fact that their participation is a right stipulated in Convention 169 of the International Labor Organization (ILO) as part of the right to Good-Faith Consultation – Prior, Free and Informed.

In response to this peaceful protest, the state launched an offensive — not against the mine that continued to operate illegally, but against the organized Q’eqchi ‘people. On Friday, Oct. 22, the National Civil Police (PNC) and the army entered El Estor and put down the protest with violence and the use of tear gas. The government of President Alejandro Giammattei declared a state of siege in El Estor for 30 days, sending more security forces and denying the exercise of fundamental rights, with restrictions on the right to demonstrate, the imposition of a curfew and the authorization of detentions without a court order.

In the following days, the communities suffered raids at the office of the Q’eqchi Defender, the Xyaab’ Tzuultaq’a community radio station, and houses of women and men leaders of the communities. The military and police have attacked the communities in resistance, seriously affecting women, girls and boys, as well as community journalists and others present in the area.

The brutal police and military repression of the communities for defending their land, territory, health and rights, in the context of the legal ruling of the Constitutional Court (issued prior to the current Court, but the mandate remains in force), has been accompanied by various attacks and violations of freedom of the press and the right to inform of the alternative and community media. The independent media, notably Prensa Comunitaria, are almost the only outlets reporting on what is happening in the area and not merely echoing the government’s line, which seeks to criminalize the Q’eqchi ‘population and hold them responsible for a context of violence that is the exclusive responsibility of the state for aiding and abetting in the illegal operation of the mining company, and using violence to repress the population peacefully opposing this illegality.

Journalists, media and news organizations issued a statement Oct. 27 condemning “the actions of harassment, aggression and obstruction of journalists in El Estor, Izabal” and affirming: “We stand in solidarity with our fellow journalists and independent media for the attacks that they have suffered at the hands of government authorities.” International press freedom organizations have also warned that the press has suffered serious violations at the hands of state agents in El Estor. The Special Rapporteur for Freedom of Expression of the Inter-American Commission on Human Rights (IACHR) expressed “its concern regarding the reports received about attacks, threats, and intimidation of journalists and the media in Guatemala, and reminds the State of its obligations to respect and guarantee to the work of the press in accordance with international human rights standards” in a statement on October 29.

El Estor has received solidarity from multiple sectors and in multiple ways, including from many other communities and grassroots organizations in Guatemala, but a much greater effort is needed to break the isolation of these indigenous communities that are defending the planet and the life that we all share. On Oct. 23, a group of women from La Puya of San Pedro Ayampuc, the Palín Indigenous Mayor’s Office and the Women’s Sector, along with a delegation of indigenous organizations, arrived in El Estor to support the peaceful resistance of the Maya Q’eqchi after the violent eviction. Different organizations, movements and other resistances have supported the communities of El Estor, politically and spiritually.

The Political Alliance-Women’s Sector, which integrates 15 organized Mayan, Xinka and Mestizo women’s organizations, stood in solidarity and called a press conference, stating that Q’eqchi women are putting their bodies on the line to protect Mother Earth, and that this is one more instance of the violence that the State commits against women who organize to defend their territory as part of the web of life.

Likewise, academic studies have endorsed the position of communities in resistance. In a statement on October 29, the University of San Carlos released a study that found that the Fenix ​​Mine “does not significantly benefit the national economy” and that its activities have had a negative impact on the environment, since “they produce pollution in the territory’s main sweet water reservoir (Lake Izabal) and impacted the set of ecosystems that depend on it ”. Over the years, families that made a living from fishing have lost their source of income with the death of fish due to pollution.

The Fenix ​​Mine is ​​an open-pit project that forms part of the nickel extraction project of the Guatemalan nickel company CGN Pronico, a subsidiary of Solway Investment Group based in Switzerland. Russian investors are the largest group, but there are investors from various parts of the world. Investigations show that the concession of the area that is part of the territory of the Q’eqchi ‘people has been plagued with corruption. Recently, the Public Ministry opened an investigation into bribes received by the president to grant a concession in Izabal. The National Maya Waqib ’Kej Convergence, which links ten organizations of the Mayan and campesino movement, convened a human rights verification commission that presented its preliminary report on October 31. The group of human rights defenders, lawyers, communicators, ancestral authorities, women’s organizations, and students denounced illegal raids and arrests, violation of human rights against children and women and the use of tear gas against this population, criminalization against defenders of the territory, disproportionate use of force by public security institutions of the State, and violations of freedom of the press.

Community and ancestral authorities in the northern region of the country announced a strike this week to support the resistance in El Estor. They pointed out: “Without our support and solidarity we would be leaving our brothers and sisters in that territory in the hands of a criminal State, a predatory company, allowing them to persecute, murder and imprison our brothers.” The struggle in El Estor has consolidated a new stage of solidarity among the Guatemalan people. Now it is the turn of the international community, —human rights and feminist organizations– at a critical moment. Extractivism has had dire impacts on the lives and rights of women and their work has been a major factor in curbing the dispossession and pollution caused by these projects, among other damages. Meanwhile, government leaders meeting at COP 26 continue to protect the interests of the companies.

The collective defense of the web of life against projects of death requires the construction of a global network that supports the defense of territories — an international response network that recognizes that a struggle for life and natural resources in any place, no matter how far away or how impoverished or marginalized it is, it is a struggle that affects everyone on the planet. They are standing up for us; we must stand up for them.

1 – Send letters of solidarity to the community of El Estor: please send to Convergencia
Waqib Kej st.waqibkej@gmail.com
2 – Send letters to Guatemalan President Dr. Alejandro Giammattei Falla and the Minister of the Interior demanding the cessation of the State of Siege and guaranteeing the safety of the communities (model letters forthcoming)
3 – Please help circulate this statement 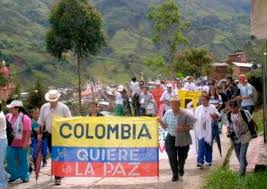