As election day approached, who would win seemed a toss-up. In Sonora, the gubernatorial election pitted two governing parties against one another.

The PRI controlled the federal government, and PAN held political power in the state. The gubernatorial election pitted the PRI the PAN – two parties bereft of moral principles and burdened by long rap sheets for their patronage schemes, personal enrichment of political leaders, and blatant favoritism of friends and family in government contracts.

There were good reasons to believe that PAN’s Javier Gándara (former Hermosillo mayor) would succeed Guillermo Padrés Elías as Sonora’s new governor in September 2015. But many other observers and political insiders in Sonora persuasively argued that Senator Claudia Pavlovich would win back the Palacio del Gobierno in Hermosillo for PRI – the political party that had held the governor’s office for seven decades until PAN’s electoral victory in June 2009.

In hindsight, Pavlovich’s victory seemed assured given the crescendo of corruption scandals that started sweeping over the PAN administration in mid-2014.

From his first year, Governor Padrés began building a virulent opposition movement to his administration. By pushing through the Novillo-Hermosillo aqueduct transfers mountain water from the Yaqui River to the state’s booming capital city situated in the Sonoran Desert, Padrés sparked an anti-aqueduct alliance in the river’s lower basin in the Yaqui Valley and in Ciudad Obregón. At the same time, however, Padrés initially reinforced – and even extended – support for his administration and PAN by his backing of water megaprojects, including dams and other aqueducts, to bring mountain water to desert cities and coastal plains.

But the governor’s arrogance, lack of fiscal accountability (or any other sort of public accountability), self-serving projects (like using government funds to build a dam to serve his family’s ranch), and shocking (even for Mexico) corruption, eroded his base of political support, even in Hermosillo. The PAN administration’s pilfering of the budgets of an array of state agencies – including the education, public health, education, among other departments – to shift funds to favorite projects and favored companies surpassed the traditional and expected levels of corruption in the governor’s palace.

Yet PRI also faced the election burdened by the plummeting support for President Peña Nieto – mainly because of his own corruption scandals and the increasing evidence that the military and police were among the prime suspects in a wave of horrific violence (including the disappearance of 43 students in Guerrero).

While each party tapped government funds to buy the vote, Senator Pavlovich had the advantage of being able to promise an increased flow of federal funds and favors from the national PRI-controlled government (executive branch, Congress, and courts) to communities that would support PRI in the June electoral contest.

Governor Padrés won the 2009 election with his promise to create a “New Sonora.” But after six years, voters, sickened by the blatant corruption and the resulting monumental public debt (20.7 billion pesos – representing more then 55% of annual state revenues), more voters were persuaded by Pavlovich’s promises of “Another Sonora. (“Otro Sonora”).”

The Future for Water

Despite all the protests and brouhaha about the Novillo-Sonora aqueduct during the past five years, it wasn’t an issue during the elections. None of the candidates – from either the major or minor parties – took a position on the aqueduct. Given that the PRI at both the federal and state levels has been the primary proponent and financial backer of water megaprojects, there is little expectation that the new governor will withdraw state or federal financial support for the hydraulic projects initiated by Padrés and his Sonora SI (Integrated System) water-project agency.

What can be expected, however, is PRI’s continued manipulation of the Yaqui communities with patronage projects. To a large extent, PRI, as the opposition party in Sonora during the Padrés administration, manipulated the Yaqui water war against the controversial aqueduct merely as a political stratagem to undermine PAN and Padrés.

For the past five years, Governor Guillermo Padrés Elías was the chief protagonist in one of the most divisive water waters in the transborder West.

In early 2010, only months after PAN’s candidate took the governorship for the first time in Sonora’s history, Padrés announced his plan for the Independencia aqueduct. Known popularly as the Novillo-Hermosillo aqueduct, the water pipeline was constructed to transfer water from the middle basin of the Yaqui River to meet the water crisis in Hermosillo, the PAN governor sparked a militant anti-aqueduct movement based in the river’s lower basin.

At first, the “No al Novillo” and Citizens Water Movement in the Yaqui Valley demanded that the aqueduct not be constructed because it would reduce water supplies needed by the Yaquis, valley agribusiness, and Ciudad Obregón. Then when the Padrés administration pushed through the aqueduct construction with support of then-president Felipe Calderón (also of PAN), ignoring various court orders and Yaqui demands that they be consulted, a militant faction of Yaquis began intermittently blocking the state’s only north-south highway.

The Yaqui blockades counted on the support of agribusiness sector and the PRI. Members of movements protesting the aqueduct painted Governor Padrés and the PAN as the chief architects and supporters of the aqueduct.

The political reality was, however, not as simplistic as the anti-aqueduct movement asserted. The recent electoral victory of PRI’s gubernatorial candidate Claudia Pavlovich will likely reveal the broad support for the aqueduct and other hydraulic megaprojects among Sonora’s political and economic elite and the federal government.

The chief institutional protagonists are the federal government and the Sonora state government.  As governor, Guillermo Pádres has been the leading advocate of the Novillo-Hermosillo aqueduct, acting through the governor’s office, the newly created state agency Sonora Sistema Integral (Sonora SI), and the State Water Commission (CEA), as well as state offices, such as the attorney general’s office and other agencies that provide basic services and rural development assistance (to pacify and divide the Yaqui).

While Governor Padrés and Sonora SI have been the most visible state government proponents of the Yaqui River water transfer, the Independencia aqueduct would not have been possible without the federal government, which is a strong proponent of new aqueducts and dams to address water shortages. But more than advocating hydraulic solutions, CONAGUA provides at least two-thirds of the funding (usually more than 90%) for these projects, including the contested aqueduct in Sonora.

Aside from the financing, federal agencies, including SEMARNAT and its decentralized arm PROFEPA, rubber-stamped the construction plans for the aqueduct, without giving any consideration to environmental impact of the water transfer. CONAGUA never seriously evaluated how much water was being legally drawn with valid permits from the Yaqui River, how much water belonged to the Yaqui, or the impact of climate change and prolonged droughts on Yaqui River flows.

The city and county of Hermosillo have been prime advocates of the aqueduct but have no official role. The counties of Cajeme and San Ignacio Río Muerto in the Yaqui Valley took their case against the aqueduct to the Supreme Court and lost on the fundamental question about the legality of the aqueduct. However, the Supreme Court did find SEMARNAT’s environment impact study woefully lacking, and ordered it to produce another more credible evaluation.

The Yaqui have no legal standing within Mexico as an autonomous government. Instead, the Yaqui must pursue their interests through the political structures of the mestizo-controlled municipios and ejidos. Yaqui communities do have their own form of governments with governors, secretaries, and spokesmen. Yet these communities and their leadership are divided with different factions having their own leadership. This absence of a legally recognized central government makes the Yaqui and other indigenous communities subject to manipulation by local, state, and federal governments as well as by those with special economic and political interests.

The Yaqui Valley Irrigation District, representing most large farmers and agribusinesses, together with the PRI provided logistical and other support for traffic disruptions.

The dynamics of the Yaqui Water War have in no small degree been shaped by the political ambitions of the two leading political parties, the PRI and the PAN, and to a lesser extent by less influential parties in Sonora, notably PRD.

With the launching of Sonora SI and the construction of the Independencia aqueducts and other hydraulic megaprojects, PAN has hoped to solidify its hold on the Sonoran electorate, given the broad support for such projects, especially in Hermosillo and other the desert cities.

The political dynamics changed after PRI’s Enrique Peña Nieto succeeded PAN’s Felipe Calderón as president. PRI politicians, although historically strongly supportive of such hydraulic projects and in particular the longstanding Yaqui River aqueduct plan, have since 2010 criticized the aqueduct, mainly with respect to budgetary and legal issues rather than over the need for the aqueduct.

Meanwhile, CONAGUA and other federal agencies have not backed away from their support even as tensions between the PRI and PAN in Sonora and between the federal and state government escalate. It is unlikely that either party would currently or in the future support any definitive closure of the aqueduct, given the depth of support for the aqueduct outside the Yaqui Valley.

Sonora’s water crisis can ultimately be attributed to the lack of due diligence by CONAGUA. Without ensuring that the Novillo-Hermosillo aqueduct counted on all the proper state and federal permits and impact studies, CONAGUA financed and supported the aqueduct’s construction and operation at least until 2013.

Without guaranteeing that the aqueduct would not adversely affect the water rights of the Yaqui or even consulting the Yaqui, CONAGUA gave the go ahead to inter-basin water transfer. What’s more, CONAGUA provided critical backing to the fictitious backstory created by Sonora SI and the state water commission (CEA) in the face of widening opposition.

CONAGUA echoed the state government’s claims that most of the aqueduct water came either from unallocated Yaqui river water or from the purchase of water rights from small landholders and ejidatarios (members of collective land holdings called ejidos) in the middle basin.

It is true, as CONAGUA officials are apt to assert, that national water law decentralized the control and monitoring of water use, giving state and local authorities more participation and responsibility. Yet CONAGUA is not some distant bureaucracy in Mexico City. Not only does CONAGUA have extensive offices in Hermosillo, all water drilling and water-diversion permits in Sonora, as well as all major hydraulic projects, come under the jurisdiction of the Hermosillo-based Organismo de Cuenca Noroeste (Northwest Basin Agency). In theory, this agency protects the sustainability of water resources in each of the state’s major water basins. Indeed, CONAGUA’s Sonora branch consists of separate planning offices for Sonoyta, Concepción, Sonora, Yaqui, Mátape, and Mayo basins.

In other words, it is not the state government, whether controlled by PRI, PRD, PAN, or the Partido Verde (Green Party), that bears ultimate responsibility for the sustainability of Sonora’s hydraulic society. Rather, it is the federal government through CONAGUA— and not only because it authorizes water megaprojects and even individual wells, but also because it and the federal government’s central budget provide the principal funding for all major water works in Sonora. 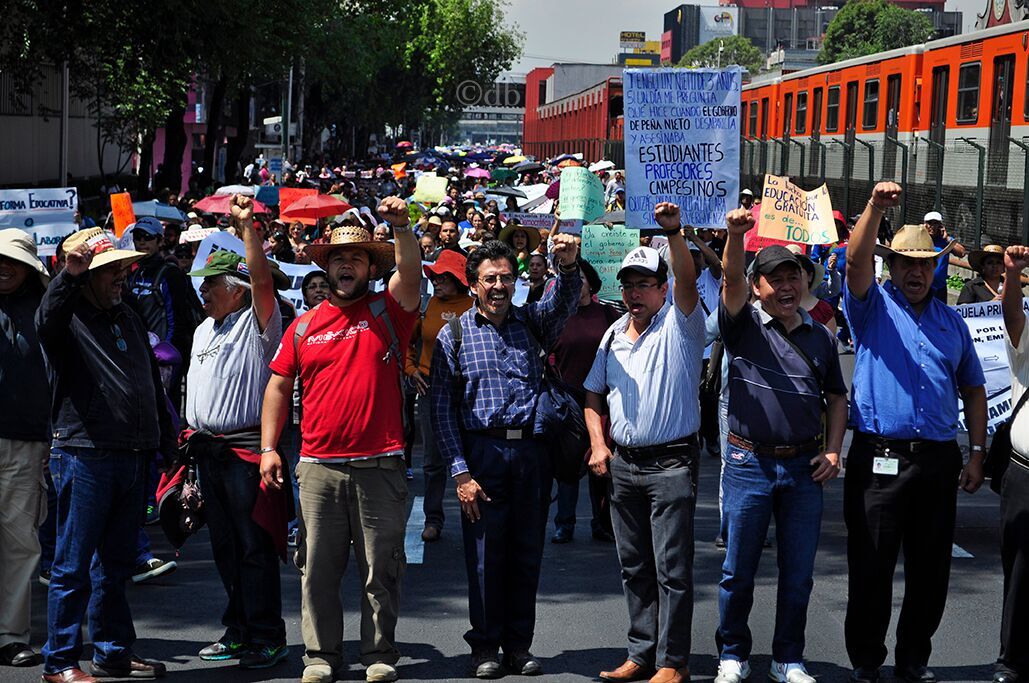