(Ciudad Juárez, Mexico) For many observers, the death of Mario Escobedo came as the final nail in the coffin of this border city’s moribund criminal justice system.

An attorney employed by Gustavo Gonzales, one of two men accused late last year of the sex-crime murders of 11 women in Ciudad Juárez, Escobedo was killed on February 5 in a mysterious auto chase and shooting incident involving the Chihuahua State Judicial Police&#151the same agency he had accused of torturing his client in order to elicit a false confession.

While the Chihuahua State Attorney General’s office explains Escobedo’s death as an unfortunate accident which occurred when officers riding in unmarked cars mistook the lawyer for a wanted fugitive, family members and their supporters call it an outright act of state murder.

Almaraz and other colleagues of Escobedo note that after taking on the Gonzales case, the attorney complained about receiving death threats.

"He [Escobedo] had many things to show that [my husband] was innocent," adds Gonzales’s wife, Blanca Guadalupe Lopez.

Reacting to community outrage over the Escobedo killing, the Chihuahua State Attorney General’s Office suspended the seven police officers involved
in the incident and turned the case over to a judge for possible prosecution.
The officers have made formal declarations, but as of this writing no
further action has been taken against them.

Escobedo’s violent death capped off a recent series of incidents that
rocked Ciudad Juárez and attracted renewed international attention
to the human rights situation in the border city.

After the November discoveries of eight brutally slain young women&#151the
latest victims of a wave of murders that has claimed the lives of nearly
300 women here since the early 1990s&#151activists stepped up their criticisms
of official investigations into the serial murders. Soon, however, they
themselves began receiving death threats. Victoria Caraveo, the coordinator
of the Non-Governmental Group of Women’s Rights Organizations in Juárez,
reportedly found decapitated animals that had been tossed in her back
yard.

Additionally, three well-known radio announcers who were active in raising
public consciousness about the issue were canned from their positions.
Sources close to the situation indicate that the decision was a direct
result of their outspokenness regarding the killings and the shortcomings
of official investigations, which have been a burr under the saddle of
local authorities. Station managers at the station in question, Radio
Cañon, insist the decision was based on commercial considerations.

Amid a climate of mounting terror, Marta Altoaguirre, a special rapporteuer
for the Organization of American States’ Interamerican Commission on Human
Rights (IACHR) arrived in Ciudad Juárez in early February to meet
with state law enforcement officials heading investigations into the murders.

Altoaguirre also heard vociferous complaints from victims’ families and
human rights activists. For instance, several family members charged that
in the days prior to her visit they had still not been allowed to view
the corpses, and that they were not allowed to take samples for independent
DNA testing.

Complaints regarding the quality of the forensic science used by local
law enforcement investigating the string of murders have been common in
recent years.

In the most recent such example pointed to by local activists, a February
24 search of the site where the eight bodies were found last year by family
members and their supporters turned up clothing, human hair and other
possible evidence which had been apparently overlooked during the police
comb last fall.

It is not clear why the CNDH failed to meet with Altoaguirre. Four years
ago the body recommended that "forceful actions" be taken to
increase both the safety of Juárez women and the training of police.
At the same time, the body recommended that some local officials be investigated
for their negligence in handling the murder investigations. Nonetheless
the CNDH recommendations languished in the Mexican bureaucracy and went
largely ignored, even as the number of murdered women in Juárez
shot up to at least 268 by January 2002, according to government figures.

Some independent researchers put the death toll above 300. And the IACHR,
citing government statistics, reports that an additional 257 women are
on the Ciudad Juárez missing persons list.

Upon concluding her Mexico visit, Altoaguirre released a statement diplomatically
criticizing the way officials have treated the families of the Ciudad
Juárez murder victims. Altolaguirre likewise condemned the wave
of threats against local human rights advocates as "unacceptable."

Altolaguirre will submit a report on her visit to the plenary body of
the IACHR, which will then decide whether or not to issue a formal statement
on the issue. Many activists are hopeful a statement will be issued, and
that it will criticize the role that local law enforcement has played
and increase the pressure on Mexican President Vicente Fox to put federal
authorities in charge.

Grassroots Activism on the Rise

The recent turmoil in Juárez is prompting a renewed upsurge of
crossborder, grassroots activism related to the killings. A series of
major events is planned for Juárez-El Paso the weekend of March
8, including a public forum on the killings. Activists in Chihuahua City
will embark on a protest march to Ciudad Juárez that same weekend.

Meanwhile, groups in Mexico and the United States as well as Texas State
Rep. Norma Chavez are calling for the formation of a binational U.S.-Mexico
commission to investigate the murders.

They are also calling for a possible FBI investigation of the serial
murders due to suspicions that one or more of those responsible for the
killings might be based in the United States.

Meanwhile, organizers with the Juárez-based Citizens Network for
Non-Violence and Dignity say they will travel to Washington. D.C. soon
in order to file a formal human rights complaint with the IACHR against
the Mexican government for its handling of the murders. Besides presenting
testimonies from family members, network activist Sonia Torres says the
group plans to brief the commission on the results of a public meeting
held in Ciudad Juárez over the weekend of February 16.

Conducted by volunteers from various local NGOs, the poll asked thousands
of Ciudad Juárez residents to respond to six questions regarding
the government’s handling of the murders and also asked whether international
institutions like the UN indicate massive repudiation of the government’s
record in the cases, say network activists.

Perhaps most telling, given the importance most Mexicans place on national
sovereignty and Mexico’s traditional resistance to foreign intervention,
Juárez residents responding to the survey also supported involving
the UN and OAS the investigation of the serial killings. 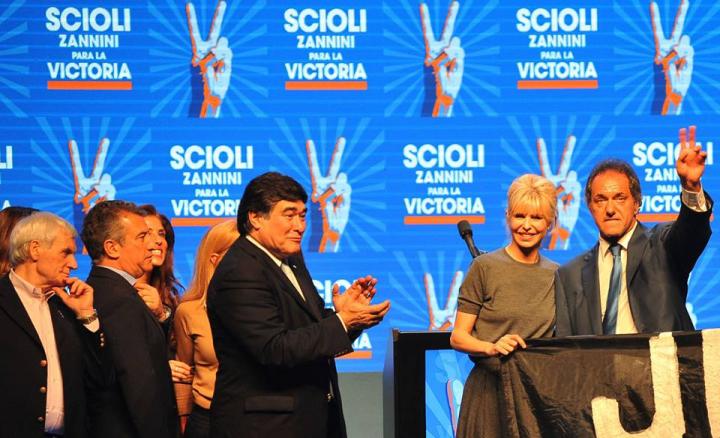