This isn’t a math quiz. To put the question in non-numerical terms: where are women in the global economic crisis?

The movement of the 99 percent that began in the United States made visible the human beings who suffer the brutal inequality and injustice of an economic system that, in crisis, requires them to sacrifice even more. The mainstream emphasis on deficits and big banks relegated the human impact of the crisis to the feature pages or, worse, the obituaries. Women, who in many ways receive the brunt of the crisis, remain even more invisible. Economists and politicians scrambling to save the financial system leave out women as a group in their equations, except to rely implicitly on their unpaid work and the bonus economies receive from gender discrimination.

Yet women, especially poor women, perform economic miracles every day to ensure family survival. Their contributions go unregistered, and they themselves usually have little concept of the social role of their work. Economics has been mystified to shut out citizen participation and gender coded to exclude women. Ironically, the message that ‘there is no alternative’ is being actively enforced during a crisis that clearly demonstrates that there has to be an alternative.

The answer to the question “where are women in the global crisis?” is, of course, “everywhere.” The problem is making that omnipresence visible, organized, and active. The challenge is assuring that the road to economic recovery isn’t built on redoubling gender discrimination and the exploitation of women’s labor.

Last April, some two thousand women from 140 countries met in Istanbul to discuss not just where we are in the global crisis, but how to transform how we see and how we wield economic power.

For those of us who have witnessed the vicissitudes of the feminist movement over the past 30 years, the most astounding and profoundly important achievement of the conference, organized by the Association of Women’s Rights in Development (AWID), emerged the moment you walked in the door of the sprawling center on the strait of the Golden Horn. The women milling about the registration tables represented every region of the world. A broad diversity of religions and cultures was proudly affirmed in their dress. Differents age groups, colors, cultures, classes and beliefs came together at the Istanbul conference. The base of representation has broadened for a movement that might not always call itself “feminist,” but defines itself by fighting for women’s rights and equality in a world of multiple threats.

Lydia Alpizar, a Costa Rican feminist who directs AWID, explained that now more than ever women need tools to integrate economic issues into their many movements for human, economic and social rights across the globe. The women’s rights agenda has become so broad and so urgent that there’s a tendency to become entrenched in single issues, which presents the risk of missing the links and failing to grasp the broader meaning of what’s happening at a critical moment in history, she noted.

Amid the diversity in Istanbul, women came together with a surprising level of agreement on key premises. First, economic inequality is the sign of our times, and as economic inequality grows, women face even deeper inequality in a system designed to discriminate. The use of women’s unpaid labor in what some feminist analysts call the “care economy” intensifies with inequality and is exploited to extremes under austerity measures.

There is also agreement, as expressed in the first plenary session by Turkish researcher Ipek Ilkkaracan, that this labor cannot—and should not—be commoditized. That is, the tasks of caring for others that women do every day can’t be entirely incorporated into the labor market and to do so would in many ways dehumanize what is essentially a labor of love. Women’s care work is one of the few spaces left that is organized along principles of solidarity, community, and bonds between people, rather than profit. The basics of the solution, she told the audience, will have to be some combination of creating more social recognition and organization of these tasks and moving forward on stalled efforts to get men to share domestic work.

Gita Sen, a pioneer in the field of gender and development, pointed out that women are the victims of inequality in a global crisis that does not affect everyone equally across the board. She noted that when we talk about improving conditions for indigenous people and other pressing social needs, we’re told there is no money, but there’s always money for bailing out the rich.

“We need to move to the needs of the 99 percent,” she told the crowd. “The welfare state is being hollowed out to continue with business as usual in the financial world, while the crisis is used as a means of blackmailing states and increasing the control of corporations.”

Sen expressed the most important consensus among the women activists who came to learn about the global economic context that constrains and defines their work: There can be no gender equality within the current economic development model.

She stated the problem in a rhetorical question: “Who wants a larger share of a poisoned pie?”

Some speakers talked about development alternatives and others, like Lolita Chavez Ixcaquic, Quiché indigenous leader of Guatemala, talked about “alternatives to development.” All agreed that the equation that macroeconomic growth means greater general well-being has been thoroughly exposed as false.

“How do we say yes to life? In many ways: our community comes together around our meaning and existence and its close connection with nature – the sun, land and everything that gives us energy. We are told that we have to have the latest model of Blackberry, and that’s a kind of slavery. We identify what are our real needs are so we don’t reverse what we are doing. We are told we’re undeveloped, but are we? We don’t want American development or the American dream.”

Chavez and other especially indigenous participants spoke of a battle between life and death, where women are often on the front lines. Among many feminists and women activists, “Mother Earth” is far from being a new-age moniker. Rather, it is a central precept in the struggle for basic values representing the need to reconnect human society with the environment in a mutually beneficial relationship. Many workshops examined climate change and battles over land use and territories that have become a major focus of women’s organization, as the crisis initiates a new level of degradation and depredation.

Srilatha Batiwala, an Indian academic and activist, explained some of the connections between gender and resource control. “Gender and social power structures uphold differential control over material resources, as well as intangible resources, knowledge resources and human resources. These are maintained through the ideologies of inequality, social rules and norms, institutions and structures and more and more, violence or the threat of violence.”

Women from Mexico, Central America, Nepal, Colombia, the Middle East, and other places testified to the increasing use of violence against them, especially in the context of land and resource grabs, increasing militarization, and selective attacks on women human rights defenders, including those who defend the earth in indigenous territories and beyond.

As usual, the conference raised more questions than answers. Women’s participation in the formal labor force seemed to get short shrift, leaving major challenges regarding union organization in a hostile economic environment and a heavily male-dominated milieu.

The big challenges will have to be worked out in the daily practice of on-the-ground organizing. How do we go about humanizing the economic model, when scarcity is driving it toward more fragmentation, militarism, and aggressiveness? How can we build on concepts like the Andean indigenous “Buen Vivir” (Good living) and women’s defense of human relations and Mother Earth, to create real development alternatives? How can we make gender equality and justice an integral part of a larger agenda to transform the economic system?

Most difficult of all, how do we make our alternatives politically viable?

Many speakers noted that the main enemies of women’s rights have shape-shifted in recent years. Economist Susan George noted that today “financial markets tell governments what to do” and for that reason “the women’s movement has to join more coalitions, speak to people we don’t usually speak to—unions, education workers, faith, and environmental groups.”

“No single group can win by itself, ” she concluded.

No one left the Istanbul conference with clear marching orders or a road map. Women organizers left with tools to understand the economic environment they struggle in. We left with a greater understanding of the links between us– from region to region, from sector to sector, from woman to woman.

And everyone left with a renewed commitment to figure it out, step by step, empowering women in their daily lives toward solutions that respect women’s rights and build new paths toward strong and just communities, a healthy planet, and a happy future for our children. 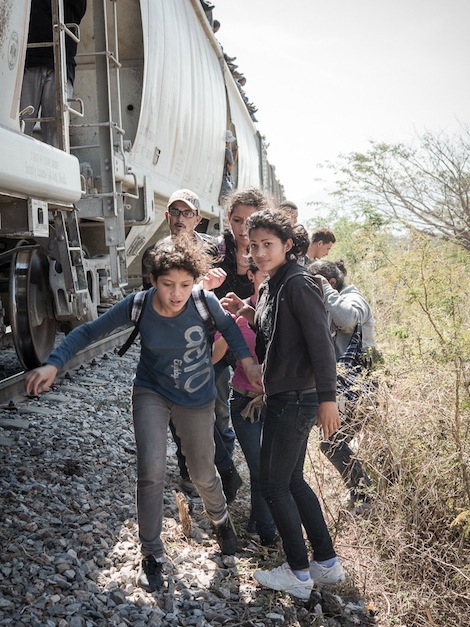