More than three months after the Mexican army kicked off "Operation Chihuahua Together" against drug trafficking organizations in Ciudad Juarez and the state of Chihuahua, multiple accusations of human rights violations committed by soldiers continue hitting the press.

As of mid-June, 50 legal complaints against the army had been filed with the Office of the Federal Attorney General (PGR) in Ciudad Juarez. The complaints accuse the army of committing abuses of authority, carrying out illegal detentions, forcibly disappearing citizens, conducting improper searches, and inflicting bodily injuries and damages.

Interviewed in her office on a bluff overlooking Ciudad Juarez, Dr. Irasema Coronado, associate dean for liberal arts at the University of Texas El Paso, (UTEP) said students at her school are deeply concerned about both the raging narco-violence and the ongoing military deployment just across the Rio Grande. Residing in Ciudad Juarez, UTEP commuter students witness street searches and detentions of neighbors. The military’s presence has students figuring out appropriate responses to soldiers who might pull them over on the street, with many young people acting extra polite in order to avoid trouble, Coronado said.

"That’s what a lot of students have done, because they don’t want to have a problem with the military, because some of them are afraid," she said. "Others are very thankful that the military is there because they feel that the city is a safer place."

In one of the worst incidents involving the Mexican military, three men were shot to death by soldiers on June 8 at an army checkpoint near Cuauhtemoc in the central part of Chihuahua. The full story of the incident is still not known, and it isn’t certain whether the killings were the result of an intentional attempt by the victims to run the roadblock or due to an accident related to possible drunken driving and/or the failing brakes of the victims’ car. Reportedly, the soldiers began shooting after the suspect’s vehicle struck and severely injured a soldier, Sgt. Ricardo Rojas Hernandez, who was later pronounced brain dead.

A reporter on the scene, El Diario’s Hugo Reyes, was forced by soldiers to lie on the ground. A member of the Chihuahua State Congress’ human rights commission, legislator Victor Quintana, showed up at the site of the incident but said he was denied access by the military.

Chihuahua’s official State Human Rights Commission (CEDH) received 28 complaints about the army in May and an additional 32, mainly from the border town of Ojinaga, during the first 11 days of June. Jose Luis Armendariz Gonzalez, CEDH president, said complaints have also come from the municipalities of Chihuahua, Manuel Benavides, Madera, Guachochi, Delicias, Cuahtemoc, Namiquipa, Bachiniva, and Casas Grandes. According to Armendariz, human rights cases involving the army are turned over to the National Human Rights Commission (CNDH) in Mexico City for further action.

CEDH investigator Gustavo de la Rosa Hickerson contended that human rights violations showed a "dangerous pattern." Many of the purported victims, he said, were small-time drug dealers and addicts who were beaten and tortured. According to the official, detainees have been allegedly subjected to electric shocks, simulated suffocations with plastic bags, and razor cuts at army installations. In one case, four women state police officers alleged they were stripped naked and mistreated by soldiers. De la Rosa compared the reports with the rampages of the 1970s Dirty War, a period of time when torture and disappearance were widely employed by the Mexican government against dissidents and suspected guerrillas.

There was no immediate comment from the Mexican armed forces on either the PGR or CEDH complaints.

Charges of human rights violations by soldiers engaged in President Felipe Calderon’s drug war are far from isolated to Chihuahua. In Michoacan, for instance, the State Human Rights Commission received nearly 400 complaints against the military from January to late March of this year, the Mexico City daily La Jornada reported. Morelia reporter Ignacio Roque Madrid of La Crónica de Hoy charged that soldiers burst into his home Feb.14, hurled threats, and pointed weapons at him. In March, local newspapers published photos of a badly beaten woman, Maria Birruete Monroy, after she was arrested by the army in the town of Zinejuacaro.

In 2006 and 2007, the CNDH issued four recommendations to the Mexican Defense Ministry over complaints concerning soldiers in the states of Michoacan, Sinaloa, and Coahuila. The alleged abuses included mass rapes, arbitrary detentions, and homicide.

"We are going to demand from the legislative branch that human rights not be violated in a struggle that is focused on organized crime, because what happened at the checkpoint doesn’t justify the response of the army members," Gutierrez was quoted saying in the local press. "The army is one of the institutions that has more prestige and credibility in the eyes of the citizenry, and because of this we must not permit isolated situations to end up discrediting the confidence that society has in them."

Reports of human rights complaints in Ciudad Juarez and Chihuahua came at a time when the U.S. Congress was debating the Bush administration’s proposed anti-drug assistance package to Mexico known as the Merida Initiative, or Plan Mexico. Lawmakers attached some human rights conditions to the proposed aid, but representatives of both the Bush and Calderon administrations lobbied heavily against the provisions on the grounds that they represented affronts to Mexico’s national sovereignty.

Human rights advocates in Mexico and abroad have long contended that the use of the Mexican military in the drug war is a violation of the nation’s constitution which precludes the army from acting domestically in times of peace. Pressured by the escalating narco-violence, many Mexican lawmakers, business, and civic leaders have agreed that the army is the only force capable of taking on the highly organized and well-armed private armies of the various drug syndicates.

On June 26, the U.S. Senate passed the Merida Initiative with watered-down human rights provisions, promising $400 million to the Mexican government for Fiscal Year 2008-09. Of the assistance, $116.5 million is earmarked for the Mexican military. President Bush signed the Merida legislation into law June 30 as part of the Iraq and Afghanistan War spending bill.

Dr. Kathy Staudt, professor of political science at UTEP, said much of the money approved for the Mexican military will be recycled back to the United States in the form of weapons and other sales by U.S. companies. "I think we have to raise questions about how useful this money will be and whether or not the arms and weapons will be in the ‘right hands’ or the ‘wrong hands’ in this militarization scenario in Mexico," Staudt said.

The Merida Initiative is heralded as an expression of support for the Calderon administration’s war on drugs and was passed amid widespread praise for the offensive. But Operation Chihuahua Together, one of the most important operations launched to date as part of the offensive against organized crime has had decidedly mixed results even by its own objectives. According to the Ciudad Juarez daily Norte, the Mexican army claimed to have detained 70 people, including Juarez Cartel lieutenant Pedro Sanchez Arras, and seized 91 weapons and 37 vehicles since the onset of the military operation. Further, the military was credited with confiscating 31 tons of marijuana and scattered amounts of heroin, methamphetamines, and illegal pills. Curiously, Norte reported that the army had only seized about ten pounds of cocaine in a region legendary for exporting tons of the white gold to the United States. None of the leaders of the warring cartels has been arrested so far.

Perhaps most importantly, the deployment has not halted the violence. Indeed, an analysis of homicide rates in Ciudad Juarez before and after the beginning of the military operation reveals that the violence actually worsened since the army deployed in late March. According to press accounts, 210 people were murdered from Jan. 1 to March 31. From April 1—only a few days after the army operation began—to July 1, at least 333 other people were murdered.

With the body count steadily creeping up to 600, Ciudad Juarez has suffered a disproportionate amount of Mexico’s drug war violence in 2008. According to the Justice in Mexico report, a project of the University of San Diego’s Trans-Border Institute, 1,751 people were slain in narco-tainted violence in all of Mexico from Jan. 1 to June 20 of this year.

In a startling statement, Mayor Reyes told the El Paso Times that local authorities knew that a major, violent confrontation between rival cartels was imminent early this year.

Reyes said the local government even knew the date when the violence would commence and passed the tip on to federal authorities. According to Reyes’ account, the information was available nearly three months before a government operation ostensibly designed to contain the violence was announced.

Even though narco-violence has long been a stark feature of Ciudad Juarez, the level of violence witnessed in 2008 is unprecedented. Quoting official state statistics—which many believe don’t disclose all murders—the Diario de Juarez newspaper reported that a staggering 13.3% of 3,955 homicides reported in Ciudad Juarez since 1994 were committed during the first six months of 2008. In the border city, so many people have been slaughtered this year that the local morgue ran out of space.

Additionally, new manifestations of violence that never existed before in Ciudad Juarez have accompanied the implementation of the military operation. For instance, a dozen businesses have been torched by presumed cartel elements. On the Internet, rival drug organizations wage a cyber-war complete with threatening videos and insulting messages. In a bizarre twist, individuals targeted for elimination have started receiving "courtesy calls" that implore the soon-to-be victim to say farewell because today will be his or her last.

In another development heretofore unseen on the border, individuals have started hanging execution lists and "narco-banners" from public monuments and overpasses. Postings are even seemingly tied to coincide with rush hour and maximum exposure.

An especially cryptic message was recently left by an unknown individual or individuals who placed a hit list of four state police officers on a cross commemorating female rape-murder victims. On the same day the list was observed, the body of an unidentified young woman who fit the profile of earlier femicide victims was discovered on the desert outskirts of Ciudad Juarez.

A wave of kidnappings-for-ransom has likewise jolted the public psyche, goading junkyard owners and related businesses to call a recent strike in protest. "We are in a total state of non-governability," declared Laurencio Barraza of the Independent Popular Organization to the Norte newspaper. In the 21st Century battle for the lucrative Ciudad Juarez drug "plaza," a psychological war increasingly accompanies the physical one. 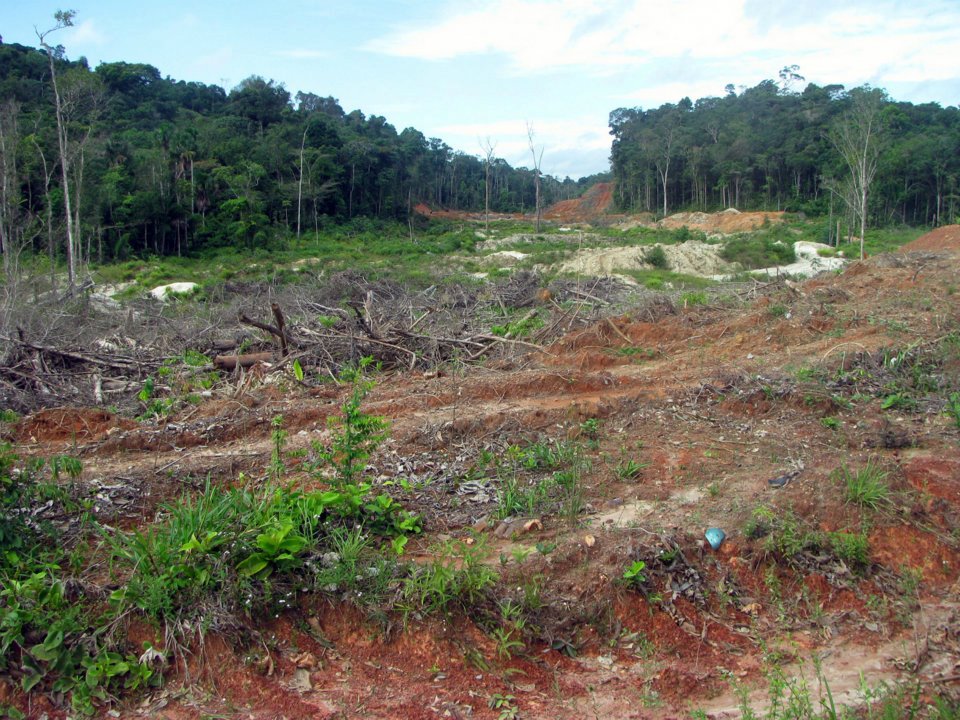 Mexico’s G20 Summit: In the Eye of the Storm