The first half of 2008 produced a sharp political change that allowed the local and global right-wing, as well as the multinationals, to recuperate their positions and retake the offensive. The change is not confined to Colombia—although it has its epicenter there—but extends to countries such as Argentina, Bolivia, and Peru, and affects the entire region.

If in the past a kind of strategic equilibrium existed between the FARC (Revolutionary Armed Forces of Colombia, or Fuerzas Armadas Revolucionarios de Colombia) and the armed forces, events of the last months have tipped that balance in favor of the Colombian government. The guerrillas have lost all possibility of negotiating a humanitarian accord under favorable conditions. They cannot sustain political or military offensives, and have suffered a severe loss of credibility among the population. Today the FARC cannot count on any significant allies in the region or in the world.

Even so, the most likely scenario is that the FARC will continue its path, with decreasing capacity to carry out initiatives and the likely fragmentation of its command and geographic fronts. This had already been happening, as evidenced by the liberation of the 15 hostages.

The strategy outlined by the Southern Command (SouthCom) and the Pentagon, and expressed in Plan Colombia II, does not seek the definitive defeat or negotiations with the guerrillas. Eliminating the FARC from the scene would be bad for business and undermine the imperial strategy of destabilization and re-colonization of the Andean region. That project cannot be carried out without a direct or indirect war, without permanent destabilization as a vehicle for the territorial and political reconfiguration of the strategic region that includes the arc curving from Venezuela to Bolivia and Paraguay, and passing through Colombia, Ecuador, and Peru.

One of the objectives is to clear the Andean region to facilitate operations for multinational businesses (open-air mining, hydrocarbons, biodiversity, and monoculture for ethanol production). These industries seek to take control of public goods and displace local populations. This is not "normal" capitalism that was once capable of establishing the alliances and pacts that gave rise to the social welfare state, based on the triple alliance between the state, national business, and the unions. Instead, this is a speculative-financial model that achieves accumulation of ever scarcer resources through dispossession, substitutes negotiations for war, and extracts surplus value by appropriating nature.

This system assumes the form of criminal or mafia capitalism in countries like Colombia, not only because war and robbery work, but because they form the central nucleus of the model, the principal mode of accumulation. That explains the close alliance between the private war firms in Colombia that employ 2,000-3,000 mercenaries called "contractors," and the paramilitary state that Alvaro Uribe heads, rooted in the alliance with paramilitaries and narco-traffickers.

In Colombia, three forces have opposed this order: the guerrillas, the left of the Democratic Pole, and social movements. The first believes it can win through force of arms or negotiate with this power. The Pole underestimates the role of Washington and the multinationals as the designers and beneficiaries of the paramilitary-mafia state, and therefore overestimates the democratic leeway that exists. The social movements, for their part, have major difficulties to overcome on the local and sectoral scale and are not in any condition, for now, to put themselves forward as an alternative.

Plan Colombia II was responsible for designing the militarist state and is now searching for a way to consolidate it. Now that the FARC no longer represents a major threat to this project, the long-term plan appears clear. Far from opening space for negotiation, as the left wants, the message from the last months indicates only one path: neither peace nor surrender guarantees the lives of the guerrillas. They can fight and resist or wait to be exterminated, as happened at the end of the 1980s. Their territorial nuclei will be hit to displace them toward the border zones with Venezuela and Ecuador, where Plan Colombia II aspires to convert them into an instrument of regional destabilization.

This is why Venezeula and Hugo Chavez adopted the strategy of reducing tension with the Uribe government. This is not an ideological question, as some analysts might expect. If U.S. imperial strategies are consolidated here, the entire region will suffer from the polarization. That’s the reason for the urgency for removing these conflicts, as much in Colombia as in Argentina and Bolivia.

Neither will an eventual victory by U.S. presidential candidate Barack Obama modify things. It might temper the most authoritarian aspects of Uribe’s political style, which explains the unease of the Bogota government and their hoped-for alliance with the Republican candidate John McCain. But what is certain is that SouthCom’s plans do not depend on who’s in the White House, but rather seek to promote an integrated action in the region that converts it into a stable zone and an impregnable bulwark to maintain U.S. hegemony on a global scale.

In sum, the imperial elites plan to use the force of arms to reverse their decline, and this means the re-colonization of Latin America. In a period such as this one, only mass mobilization of the people and political means can contribute to weakening the offensive coming from the North. 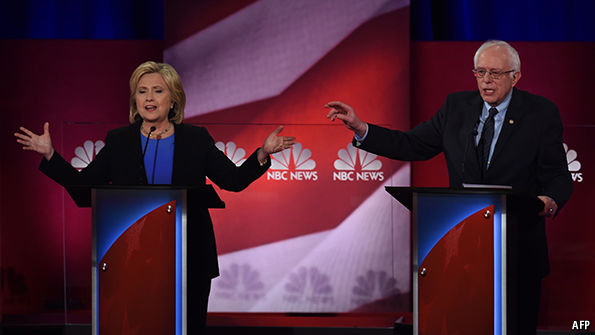 The Rebirth of Solidarity on the Border