One day not long ago—hypothetically—the head honchos of the Bush administration sat down in the Oval Office. Long faces prevailed around the room. The agenda: “Transitioning from Plan A to Plan B.” Plan A, someone explained to the uninitiated, was the Dynasty Plan. The plan posited a continuation of Bush policies, notably the radical conservative game plan laid out in the 2002 National Security Strategy, under a new Republican administration. No matter that six years after the unveiling of the National Security Strategy the majority of the U.S public rejected nearly all the basic premises of the doctrine. Although most Americans now weighed in against the war in Iraq, for adherence to international law and institutions, and against the role of the United States as global cop, the dynasty plan assumed that what was needed was a deepening of the same policies that had been applied over the previous eight years. Given the concentration and expansion of executive powers achieved over the Bush administrations, this could be done without explicit agreement from the citizenry. To put the Dynasty Plan in place simply meant passing the torch to Republican Party candidate John McCain. In the beginning, this plan seemed relatively simple. There were no major differences between the outgoing and incoming executives. The de facto powers of state—defense and oil companies, neoconservative global architects—would hardly be disturbed. There was even talk of putting Jeb Bush on the ticket in the number-two spot, but some worried about the overly obvious dynastic implications of having a Bush on the ballot seven out of the last eight national elections. In any case, McCain could keep the seat warm for Brother Jeb in 2012. There is no clearer formulation of this plan than the 2008 Republican platform. Not only does it affirm the most controversial aspects of the Bush doctrine, it also insists on unchecked presidential powers to order the pre-emptive strikes and unilateral measures that characterize the security strategy. The platform doesn’t mince words: “The waging of war—and the achieving of peace—should never be micromanaged in a party platform, or on the floor of the Senate and House of Representatives for that matter. In dealing with present conflicts and future crises, our next president must preserve all options.” Besides the citizenry and the Congress, the other bodies that should never be allowed to interfere with dynastic power are international institutions. The platform states, “The United States participates in various international organizations which can, at times, serve the cause of peace and prosperity, but those organizations must never serve as a substitute for principled American leadership. Nor should our participation in them prevent our joining with other democracies to protect our vital national interests.”

The Fall of the Dynasty Plan

This multi-generational strategy depended on holding executive power. But since the Dynasty Plan was first developed, things had gotten a lot more complicated. Hence the long faces. First, the relay team dropped the torch. The president, whose job it was to pass the torch, began to lag seriously behind in the race, and then bungled the pass. Then the candidate, whose job it was to receive the torch, fumbled the hand-off, complaining that the torch itself was defective. Confusion ensued. By the time the Bush team realized just how bad things were, they were worse. The polls—including some of the ones designed to manipulate, rather than reflect, public opinion—were showing alarming signs that the African-American, liberal, upstart would actually win the race. That would blow Plan A out of the water. Not only was it unclear whether power could be transferred successfully under the original Dynasty Plan, there was now another major monkey wrench in the works. The financial system was crashing. Not flailing, not foundering, but crashing. In a way that could no longer be hidden from the public. The most privileged group of people under the Bush administration had broken even the tenuous tethers that the financial system had to a real economy through devious and ingenious machinations in financial instruments and the speculative bubble had burst. The situation was embarrassing, costly, and potentially fatal to Plan A. Add that history-making mess to the mess in Iraq, and it was no wonder that the next runner had doubts about grabbing the torch that was being handed him. Under these circumstances, one could get seriously burned. In short, the Republican’s Dynasty Plan was in crisis on multiple fronts. Although all possible attempts would be considered to save it, including Dick Cheney’s personal favorite, the “attack-a-foreign-country” or “October Surprise” option, there seemed to be no choice but to prepare Plan B—the “Legacy Plan.”

Locking In a Legacy

The Legacy Plan recognizes the possibility that the Republicans could not only lose the White House, but that they could also face a situation of such widespread backlash against their disastrous policies that any form of recuperation would be temporarily shut down. This means that timelines have to be stepped way up on many of the administration’s fondest structural changes. The goal under Plan B is to lock in as many of those policies as possible before turning over the keys of the White House. This is exactly what the Bush administration has begun to do. In the area of foreign policy, not only have the goals of its own national security strategy not been realized after two administrations, but many of them are actually receding. The invasion of Iraq was exceedingly costly, not only in military and financial terms but also in political terms. And yet that troubled nation can still not be counted as the controlled source of oil and containment in the Middle East that proponents of the bloody occupation envisioned. Pressures for withdrawal have come from all quarters, including the Iraqi government. In addition to seeing the goal of establishing a strong U.S. foothold in the oil-rich region fade away, the administration is no doubt feeling the heat from the defense industry at the prospect of future contracts drying up. To fill the potential gap, the legacy plan is expanding defense spending in other areas and preparing the ground for new conflicts. The Bush administration has pushed increased military spending in Afghanistan and Pakistan and begun to deliver defense contracts for the U.S.-Mexico border region. The $162 billion Iraq supplementary passed in June provides significant breathing room to defense contractors in the case of a transition, but concerns are mounting about what will happen to bloated defense companies when the Iraq feed line is cut. To move from dynasty to legacy in foreign policy requires two things—funding and political will. The Bush administration seems to have no real problems on the funding front. Despite its complaints about the policies, the Democrats have been generous to the Defense Department and forked over billions of dollars worth of funds to support Bush polices throughout the world. Based on Obama’s statements and Washington inertia, it is likely that major cuts are not forthcoming in the near future, although they certainly should be.

Every outgoing administration seeks to lock in its policies and control over the system before handing the reins to the opposing camp. Whether it’s stacking the courts, pardoning powerful buddies, or issuing executive decrees, the practice is as old as the hills and pretty much inevitable. But the radical policy dictums of Bush foreign policy must not be allowed to continue. In these last weeks of the current administration, the Democrats and the public must identify and reject all administration measures that could leave a Democratic president hamstrung to make significant changes in foreign policy. At present, the financial crisis bail-out has understandably obscured all other issues. But watch carefully what happens in the next few weeks. The Bush legacy laws could undermine the change that so many millions of Americans will stake their vote on in November. 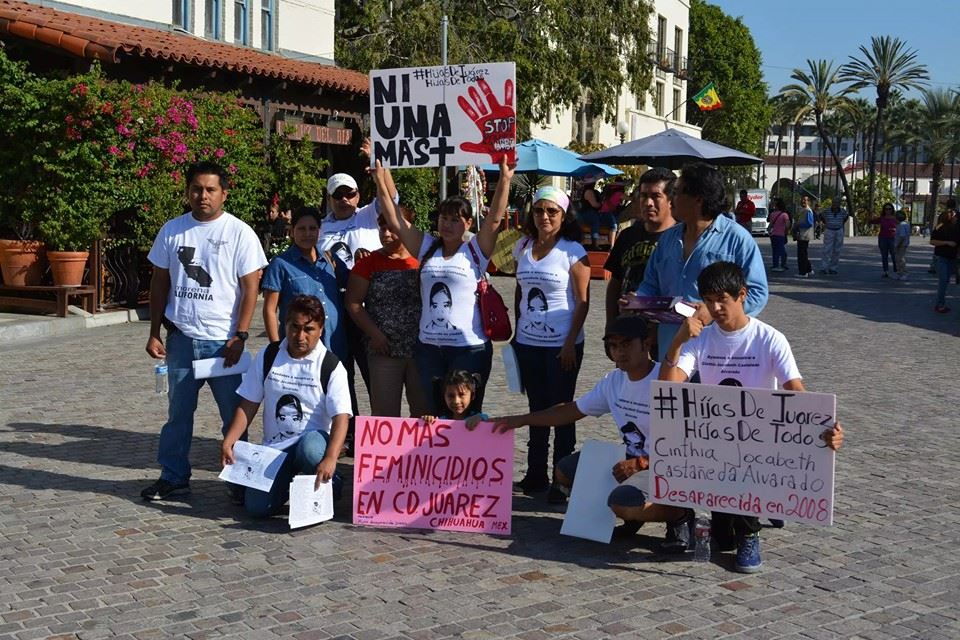 Meet the Women Organizing for Mexico’s Disappeared from Los Angeles