The Pesticide Action Network and People’s Coalition on Food Sovereignty declared October 16 "World Foodless Day" (http://www.panap.net/313.0.html) instead of World Food Day. No wonder. More than three billion people on the planet live on less than $2 a day and must spend a full half of it on basic food. The World Food Programme estimates that 100 million people will face starvation as a result of the recent jump in food prices. Instead of meeting the Millennium Challenge Goal to cut hunger in half, World Hunger Program Director Josette Sheeran states, "We’re seeing more people hungry and at greater numbers than before." International organizations warn that the situation will get much worse before—or if—it gets better.

Who’s to blame? Are we going to continue to swallow the bitter dictum that hunger is the inseparable shadow of human society (as long as it’s not around my family) and merely set aside one day a year for hand-wringing? Turn’s out, there’s no justification whatsoever for that attitude, moral or practical. This food crisis, even more than ever before, cannot be blamed on natural or fatalistic factors.

In our series Hungry for Justice (http://americas.irc-online.org/am/5249) we have looked at how this has happened and some of the possible solutions.

This is the time to act. It’s not just that the crisis provides an opportunity, but that this moment will define the world’s future on the most vital aspect of all—what, how, and if we eat.

While most of the solutions to the current crisis of high food prices will require substantial reworking of our global, fossil fuel-dependent food system to create a more localized and organic one, there is one relatively easy solution that could bring quick and significant reductions in world prices. Financial speculation in commodities’ futures markets has increased dramatically in the last three to four years, and especially in the current year, artificially driving up prices of a host of commodities, from food crops like wheat, corn, soybeans, etc., to oil and natural gas, to metals and minerals. This marked increase was brought on by simple policy decisions and can be addressed by similar simple policies.

The first commodities market in the United States was formed in 1848 when merchants joined to create the Chicago Board of Trade. Before that, selling grains was a very unpredictable and chaotic task. Individual farmers negotiated with sellers and faced widely varying prices and uncertainty. With the Board, farmers were finally able to manage their risk by agreeing with a buyer to deliver grain at a specific date in the future for an agreed upon price. This is called a forward contract. In 1865, futures contracts were created. These are similar to forward contracts, but instead of being directly between a producer and a buyer, are traded on an open exchange called the futures market where others can participate. Buyers on the futures market rarely, if ever, actually receive the physical product but are able to profit off changing commodity prices.

The futures markets became so popular that in the late 19th century, markets were created for a wide variety of products. Speculators placed large amounts of money into the market, betting on whether prices would rise or fall. From the beginning, the influx of investors not actually involved in agriculture or food production was a problem. A casino-type atmosphere reigned with huge amounts of money entering the market procuring easy profits. All kinds of abuses were used to influence the market—from fraud, to spreading rumors to alter prices, to buying inside information. The large fluxes in investments also influenced food prices unnecessarily. While speculative investors helped provide liquidity in the markets, they had undue influence on food prices.

After the Depression, a number of laws were passed to regulate markets to prevent another economic collapse. One of those laws was the Commodities Exchange Act of 1936, which for the first time put limits on speculative investors to prevent them from manipulating commodities futures markets. People directly involved in agriculture and food could still participate in the futures market in order to provide liquidity, but outside investors had severe limits placed on the manner and amount they could invest in commodities.

These limits were maintained through successive administrations until Ronald Reagan. Pressure from investors and the administration’s predisposition toward deregulating markets led to apparently small changes in commodities laws that are having large effects on food prices today. The Commodity Futures Trading Commission (CTFC), created in 1974 to regulate commodity futures, fashioned loopholes that allowed outside investors to invest unlimited amounts in commodities.

The first area where we saw the negative results from these loopholes was when Enron took advantage and invested huge amounts in energy futures, driving up prices while creating giant profits for itself. Despite the lifting of restrictions, investors remained out of the food commodities markets since they provided lower profits than other areas of investment in the 90s.

This all changed after the stock bubble burst in 2000 and the further deregulation of commodities futures markets in 2001. Investors pulled vast amounts of money from the stock market, deflating the bubble. Much of that money was placed in the housing market, creating a bubble in that market that has played a role in devastating the economy today. With the bursting of the housing bubble, many investors are now switching to commodities futures as the place to invest. And with the deregulation of the commodities futures markets, they are able to invest immense amounts of money in these markets.

In his recent testimony before Congress, hedge fund manager Michael Masters said that institutional investors (pension funds, university endowments, sovereign wealth funds, etc.) have increased their investments in commodities futures from $13 billion in 2003 to $260 billion in March of 2008, and the price of 25 commodities has risen by an average of 183% in those five years. He explained that "commodities futures prices are the benchmark for the prices of actual physical commodities, so when … speculators drive futures prices higher, the effects are felt immediately in … the real economy."

Futures markets tend to be rather small compared to other investment markets. In 2004, the total value of futures contracts in 25 principal commodities was only $180 billion; compared to $44 trillion invested in stock markets worldwide. So when these outside investors enter with large sums of money into the commodities futures markets, they drive up overall prices for those products. In just the first 55 days of 2008, speculators placed $55 billion into these markets. Clearly these huge influxes of money are having dramatic effects on today’s rising food prices.

According to Masters, "One particularly troubling aspect of … speculator demand is that it actually increases the more prices increase." We already see this happening as investment advisers are increasingly encouraging their clients to invest in commodities futures. These types of investments could easily increase to as much as $1 trillion if institutional investors switch a greater part of their investments into commodities futures. This would result in catastrophic increases in food prices.

Masters draws an analogy that is helpful in understanding these complex dynamics. "Think about it this way: If Wall Street concocted a scheme whereby investors bought large amounts of pharmaceutical drugs and medical devices in order to profit from the resulting increase in prices, making these essential items unaffordable to sick and dying people, society would be justly outraged." This is the same dynamic currently taking place in our commodities’ system, driving up food and oil prices. He estimates that with greater regulation, oil prices could drop to $65 to $70 a barrel within 30 days. Similar drops would take place in food commodities.

Luckily, members of Congress are waking up to this reality and are proposing bills to address the problem. Rep. Collin Peterson’s (D-MN) bill, the Commodity Markets Transparency and Accountability Act of 2008 [H.R. 6604] is the best one so far to address speculation in food commodities; most others only deal with energy commodities.

It is crucial that we work to pass this law or one like it as quickly as possible. Every day, more speculative money floods into the commodities markets. As one wheat farmer recently stated, "We’re commoditizing everything and losing sight that it’s food, that it’s something people need. We’re trading lives." We must do our part to stop this from happening.

What Can I Do?

Call your pension fund manager to see if your pension is invested in commodities futures markets and demand that they divest from these markets. Tell your Senators to re-regulate the futures markets to remove excessive speculation by investors that do not actually buy or sell the physical commodities. You can also sign on to the letter in the sidebar and future actions by contacting <dkane(at)maryknoll.org>. 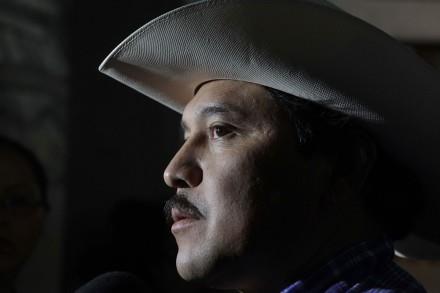