The election of Barack Obama as the nation’s first African American president has been heralded as proof that the United States has finally broken through the racial barrier. The image springs to mind of recalcitrant whites at last convinced to see beyond skin color, voting for a black man.

This did happen—even in some unexpected places and demographics. But the real key to Obama’s victory is that the white elite no longer have a stranglehold on U.S. politics. The composition of the nation has changed so that the older white man can no longer be considered the image of the universal citizen.

Census data had been pointing to this change in composition for a decade or more, leading the right to issue dire warnings to defend "real Americans" and their values. But the so-called "minorities" were either excluded (through imprisonment, voter suppression, denial of citizenship, and other mechanisms) or alienated from effective political participation. Obama managed to unleash and unite the strength of this new diversity. This has profound implications for U.S. domestic and foreign policy, but especially for the way we conceive of our political system.

The Democratic convention provided the first sign that the party might not be seeing red and blue states but it was finally recognizing colors—and differences—within its constituency. For the first time in history, minorities made up the majority of democratic delegates. Of the delegates, 24.5% were African-American, 11.8% Hispanic-American, 4.6% Asian-Pacific-American, 2.5% Native American, 5.8% GLBT, and 3.7% with disabilities.

Step two was to increase registered voters among groups that were previously excluded and had excluded themselves from the political process. The voter registration and "get out the vote" efforts of the Obama campaign and its allies increased voter turnout among these groups. Some of those efforts preceded the elections. For example, since the 2006 immigrant demonstrations, the We Are America Alliance registered nearly 500,000 immigrant and immigrant family voters.

According to the Pew Hispanic Center, Latinos comprise the largest and fastest growing minority group in the country: 46 million people, or 15% of the population, On Nov. 4, the Latino vote increased 32% to around 9% of the total, and 67% voted for Obama. In four battleground states that went to Bush in 2004—Colorado, Nevada, New Mexico, and Virginia—the Latino vote for Obama was over 70%, according to statistics by the National Association of Latino Elected and Appointed Officials based on results and exit polls.

Clarissa Martinez de Castro, of the National Council of La Raza, told La Opinion, "We can’t say that the Latino vote decided the victory, but if it’s added to the African-American vote they determined the destiny of the country. This support represents a commitment by Obama to Hispanic voters to address the issues that are important to this community: first, the economy and second, immigration reform."

The political weight of "New Americans," naturalized citizens and their children born after 1965, has been growing steadily. They made up a full 24.4% of registered voters in California this year.

However, in looking at the new political landscape in the United States, a case can be made for calling all youth "New Americans." Like the other groups they are far from monolithic in their political orientation, they share the experience of being previously marginalized from the political process, by both their own low levels of participation and a lack of candidates’ attention. This year young people, inspired and mobilized by the Obama campaign, participated in the political process in many cases for the first time. They bring with them experiences quite different from the late 1960s Baby Boomers or the "Me Generation" of the 1980s. Preliminary reports indicate that youth did not significantly increase turnout, but they voted two-to-one for Obama.

African Americans increased their proportion of the electorate from 11% to 13% and voted 95% for Obama. The number of Asian Americans eligible to vote reached seven million and also reported high turnout. Another group denied a voice in government because of the political influence of wealth also make up part of the minority majority: the poor and much-mentioned middle class. Over 60% of those whose family income is under $50,000 voted for Obama.

Toward a Transformative Presidency

The Obama campaign didn’t create the new minority majority, but it did mobilize it.

Campaign strategists did not do this by appealing to special interests. Although they offered statements and policy platforms tailored to specific sectors, the unity message trumped identity politics. Obama’s message to downplay the race factor of his candidacy, while not ignoring it, carried over into the campaign’s approach. A combination of the candidate’s charisma, hard work in the field (especially by unions in blue-collar swing states Ohio and Pennsylvania), and the economic crisis led to this historic breakthrough. The Obama campaign and the Democratic National Committee ran a remarkably successful "50-state strategy," campaigning hard in states that were formerly skipped over for being either already secured or considered impossible. They also ran an inclusive campaign that refused to write off any ethnic or demographic group. From conservative Cuban Americans to Appalachian whites, Obama campaigners and allies got out there, engaged once-intransigent constituencies, and made inroads. Victories in battleground states Pennsylvania, Ohio, and Florida demonstrate the effectiveness of the strategy.

When the economy crashed, wedge issues flew out the window. Immigration, expected to be a wedge issue of the right, never took off as expected, and with the economy it became secondary even for many immigrants. Latinos interviewed by me, the Los Angeles Times, and others had the economy first and foremost on their minds, and most believed that Obama was the candidate to address these concerns.

Rosa Goodnight of Immokalee, Florida, a 40-year resident who had voted Republican all her life, said on Election Day, "I voted for Obama because we need more jobs … [e]mployment has gone way down here, especially in construction. My kids have lost their jobs and are living on unemployment and savings. Obama has better ideas to help the economy recover and bring more jobs."

When the financial crisis reduced the issues to one—63% of voters listed economy as their number-one concern—the election became a referendum on change that the candidate of change easily made a central part of his message.

There are only two ways this affirmation of diversity and unprecedented level of citizen participation can end up not making a difference in the future course of the nation: if President Obama shuts out his grassroots supporters and governs as an autocrat, or if the populace—awakened by the drama of the elections and the referendum on change—considers its role over and returns to the semi-hibernation that characterizes representative democracy between elections.

There are signs that neither of these will happen. U.S. society changed during the campaign, and the economic crisis won’t allow most people the luxury of going back to sleep. With a nation in crisis requiring bold policy moves, Obama knows he will need a mobilized grassroots base. Moreover, the campaign staff and volunteers throughout the nation have learned community organizing skills and discovered vocations as organizers that many say changed their outlook on politics and their lives.

For example, in Wisconsin local Obama teams have created a network to continue pushing the issues and agendas that led them to support Obama’s presidency. Citizen organizations and progressive blogs like Daily Kos and The Field are spearheading an effort to continue the movement.

Some analysts write that Obama’s ability to create a transformative presidency depends on the depth of the crisis, as though the cracks must widen in the system for something new to break through. This view is based on the classic transformative presidency of Franklin Delano Roosevelt during the Great Depression. Interestingly, history has again become relevant and widely discussed—highly unusual in the nation Gore Vidal dubbed "The United States of Amnesia."

We might not have to reach a total breakdown to arrive at a transformative moment. The ideological and logical argument for an unfettered market system has collapsed in the eyes of the minority majority and much of the world. Right-wing messaging made this election primarily a competition between the free-market system and government-led redistribution of wealth. Now they have to accept that the latter prevailed. And we have to build on that.

The mobilized minority majority calls for stronger state intervention to create jobs at home, regulate the excesses of monopolistic capitalism that led to the crisis, and reduce the privileges of "Wall Street" over "Main Street" on which the economic model is built. But what does this mean for the future of U.S. foreign policy?

Comparisons between Barack Obama and FDR abound in the media and among policymakers. TIME magazine’s cover of Obama as FDR under the title of "The NEW New Deal" reflects the similarities between the two men and the reforms they represent. FDR came into office during a crisis, and instead of postponing foreign policy reform to address the domestic crisis he united the two in a restructuring of the economy and a non-interventionist "Good Neighbor" policy abroad, especially in Latin America.

In our globalized age, the union between domestic and foreign policy is far more pronounced than in the 1930s. Digging the United States out of the economic crisis with an emphasis on poor families who are most vulnerable is indeed a foreign policy challenge. Obama has promised to review free-trade agreements, including renegotiation of the paradigm agreement, the North American Free Trade Agreement (NAFTA). He called for economic stimulus packages as part of the bailout and programs to reduce home foreclosures. These measures fly in the face of many current rules of globalization, which prohibit state intervention to redistribute wealth even when grave inequalities exist. By adopting them at home, the United States would be forced to reevaluate restrictions placed on developing nations that are attempting to carry out similar programs.

The minority majority that elected Obama overwhelmingly believes the United States should renounce its role as global cop and protector of elite economic interests and rejoin a global community governed by international law. The Obama team has announced that foreign aid will be reduced due to the economic crisis. Obama supporters must now pressure the new administration to channel the gargantuan military budget into development goals that do far more to stabilize international relations than the U.S. military presence, which has caused resentment throughout the world. Withdrawal from Iraq alone would free up millions of dollars and vastly improve the U.S. image abroad.

Progressives who ignore the new political composition and the potential for it to forge new democratic directions for the country do so at peril of being sidelined in a historic moment. Their cynicism also reflects disdain for precisely the people—the poor, people of color, youth, the GLBT community, and others—who pinned their hopes for a more inclusive America on these elections.

The responsibility now lies not only on President-elect Obama but on the people who elected him to ensure long-term, citizen-based solutions to the problems that confront the new administration. The agenda cannot be to convince them that their hopes were misplaced and their expectations misguided. The change that came about with the triumph of the mobilized minority majority creates a platform to move forward, inside and outside the presidency. 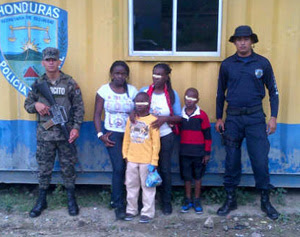