Since President-elect Barack Obama promised to deal with immigration reform in the early part of his presidency, the nation began gearing up for another round in what has been one of the most contentious issues of our time. Faced with a vociferous anti-immigrant right wing, failed reform attempts in Congress, and the human tragedy of criminal raids against immigrants, it’s crucial that we get it right this time. The immediate challenge is to build a broad-based movement to pass a fair and humane reform that grants all workers and their families equal rights and protections under the law.

David Bacon’s book, Illegal People: How Globalization Creates Immigration and Criminalizes Immigrants provides essential tools to envision and fight for this reform. For that reason, Michele Wucker’s biased interpretation and portrayal of the book does this budding movement a disservice.

There are two fundamental differences of opinion between Wucker and Bacon that must come to the forefront of the debate on how to frame this reform.

The first question is the bad apples one—whether the numerous cases of employer abuse of undocumented workers and guest workers that Bacon describes are anomalies or corporate labor strategies for reducing costs and increasing profits.

Wucker states that Bacon chronicles the misdeeds of "bad-apple employers" while giving short shrift to "employers who would hire workers with papers if the system provided a way to do so," and that Bacon’s "cut-and-dried labor-good, corporate-bad message doesn’t leave room for such subtleties."

The problem isn’t one of subtleties—it’s a question of how we analyze the real forces opposing legalization for migrant workers and what kind of strategies we build based on that. Bacon’s book is devoted to documenting the structural aspects of the use of guest workers and undocumented workers in the United States and how that has become a major strategy for competition and profits in the age of globalization. He describes a series of corporate-led policies and practices—trade agreements that displace workers in their countries of origin, the criminalization of work, the definition of people as illegal, and the use of migrant labor to erode labor rights—that create a system of abuse. After reading the skilled combination of history, personal testimonies, statistics, and logically constructed arguments, it’s difficult to see this system as anything less than a widespread corporate strategy based on fundamentally unfair practices.

Bacon debunks several myths of the immigration debate that have led to dead-ends. One is that employers would hire native workers if they could. Bacon cites many statistical studies showing that the increase in migrant labor has been accompanied by an increase in unemployment among certain sectors of U.S. workers, especially black workers. The reason is not that migrants do work U.S. workers won’t do. It’s that employers have actively replaced organized workers and workers with exercisable rights with the more easily manipulated migrant workforce.

Bacon demonstrates that this is a preference—not an absolute numerical demand—for undocumented and guest workers. The reason is simple and you don’t have to be an anti-business conspiracy theorist to see it: they are in general a cheap workforce with no labor rights, bargaining power, or job security. This point is central for showing the structural motivations—not "bad apple" behavior—of companies and because it constitutes the groundwork for some of the most innovative and successful labor organizing in the country in recent years. The Mississippi Immigrants Rights Alliance, which brings together black workers and immigrants to fight for jobs and labor rights for all workers, is a shining example of the possibilities of uniting around the message of full, enforceable labor rights for all workers.

The other myth of the immigration debate that Bacon takes on is that migrants are opportunistic individuals seeking to take advantage of the American dream. He documents displacement of workers under the North American Free Trade Agreement that led to a sharp increase in migration from Mexico to the United States. He provides examples of companies that supported the agreement, which allowed investment and production to flow to Mexico while blocking the movement of workers displaced by imports, and the failure of Mexican farms and small businesses, and went on to replace their workforces with guest workers or undocumented migrants. The availability of these workers drives down labor costs, erodes labor rights, and inhibits effective organization.

The subordinated role of immigrants in the economy is, of course, reflected in policy and government practice as well. If cases of corporate abuse were mere anomalies, how do we explain the fact that the justice system has been so uniformly unwilling to prosecute them, while at the same time so avid in prosecuting undocumented workers and union organizers? The economic power of employers is felt not only at the plant, but at the moment of policymaking and enforcement. For all the talk, employer sanctions have been little used and function not to make businesses feel the pain, but to offer a justification for taking immigration violations—formerly just an administrative infraction—into the labor sphere.

Bacon argues that a guest-worker program would be part of the problem. By looking at the origins of guest-worker programs and analyzing the current H2-A and HI-B visa programs, he documents their chilling effect on organizing for workers’ rights and the abuses by employers—again, not as isolated cases but as part of a system that keeps labor costs low. He concludes that a guest-worker program without full citizen rights is an enabling mechanism for the same system to continue to function in benefit of powerful economic interests and against workers’ rights and wellbeing.

Many migrant organizations have taken clear positions on guest-worker programs, which they see as harking back to the bracero program of over 50 years ago. We should pay close attention to their views. It was the pioneers of the migrants’ rights in labor movement—Cesar Chavez, Bert Corona, Ernesto Galarza—who finally won the repeal of the bracero act in 1964. This opened the door to the formation of the United Farm Workers Union. Bacon quotes Galarza on the origins of the bracero program: "To frustrate the danger (of a strong union), the industry realized that the roots must be cut and perpetual mobility reintroduced as a way of life for harvesters."

The security aspects of migrant control today and the entry of migrants into non-seasonal sectors have modified the "perpetual mobility" model, but criminalization means that one is rootless even while staying in the same place. Although many portray it as a legal stable solution, a return to guest-worker programs would create ultimate insecurity by combining "living in the shadows," as Obama puts it, and the insecurity and family division of the old model. This means maximum control over the workforce. It’s no wonder that President George W. Bush, one of the most pro-corporate presidents in history—was so enamored of the guest-worker program and made it a central goal of his administration despite the political cost among the populist right of his base.

Finally, Wucker’s objection to what she calls the "labor-good, corporate-bad" message of Bacon’s book inexplicably introduces a good-and-evil criterion that Bacon avoids. True, a reader will feel moral indignation at the injustices suffered and often recounted by the victims themselves. But his book doesn’t moralize; it lays out the conflicting interests in the immigration debate.

As long as companies can contract workers at a lower price and stripped of labor rights, why wouldn’t they? We learn in Econ 101 that the logic of capitalism is maximization of profits. That’s why unions came into being in the first place: because society realized that without a collective counterbalance to the logic of maximum gains you can’t have a healthy work environment, and abuses could destroy lives and communities.

The pragmatism of politics dictates that tradeoffs must be made to win. Negotiation is and should be a part of any democratic process. Bacon’s point is that if we allow basic principles to be undermined by that pragmatism we will not only lose the battle, but also the war. By correctly identifying the offensive against workers and their rights that has characterized globalization, immigrants’ rights groups make common cause with other workers and citizens.

The equation Bacon lays out at the end of his book is relatively simple and the documentation ample: if workers don’t have full rights, labor can’t fight back against the loss of rights and living standards that characterizes this point in our history. And if labor can’t fight for decent jobs, nondiscrimination, and social benefits, our communities suffer. Only a system of full rights for all workers—including the right to find gainful employment in their countries of origin—can begin to correct the current system that has become so dangerously skewed in favor of business. 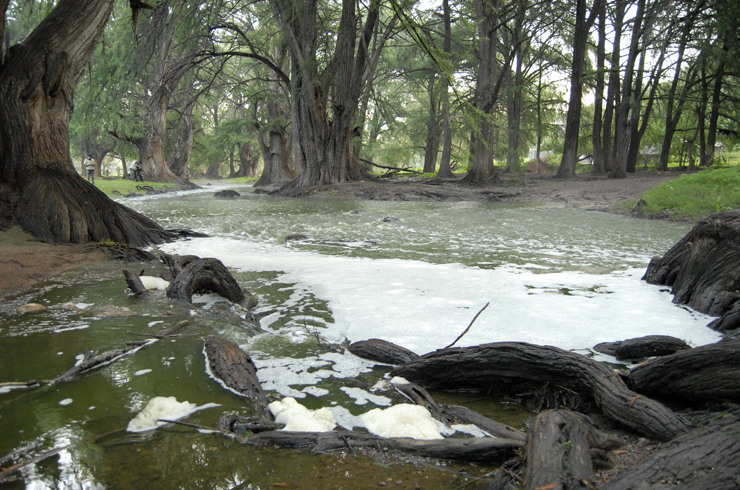