An economic crisis is no time to tie the hands of government in the economy. It is time to rethink the free trade model.

The path to "free trade"—as defined by George Bush and his predecessors—is currently at a crossroads. The Obama presidency, the growing number of developing countries that oppose NAFTA-like trade agreements, and the global economic crisis are interrelated factors that provide an opportunity to rethink this model and demand conditions favoring equitable development.

Through its ideology and practices, the Bush administration depicted free trade as the sine qua non of all modern progress, including economic growth, security, and even personal freedom. When representatives of the U.S. government faced opposition in the WTO and other multilateral institutions, they focused on bilateral free trade agreements and agreements with small groups of countries with less negotiating power. The North American Free Trade Agreement was the model and Latin America the region where they channeled their efforts. Bush has signed agreements with 10 countries in the region and has recently pushed hard for Colombia and Panama to be added to the list.

The FTA strategy was important to the Bush administration to consolidate its brand of globalization that seeks the unencumbered movement of goods and transnational capital. The agreements use access to the huge U.S. market as a lever for imposing regulatory changes and national laws in foreign countries. Changes include mandating long-term exclusive intellectual property protection of even essential medicines and limiting the government’s ability to protect consumers and enact policies that promote development.

But the impact of FTAs goes beyond economics. The agreements form the backbone of a strategy to reconstruct U.S. hegemony in the hemisphere and have been the basis to further its presence not only in terms of economy, but also in the area of security. Bush’s post 9/11 "National Security Strategy" contains an entire chapter affirming a causal relationship between the free trade model and the United States’ ability to "defend, preserve, and extend" its national security in the world. The FTAs are a vehicle for extending the Bush security agenda throughout the region.

Again, NAFTA offers the most developed example. When the trade and investment agreement was expanded to the "Security and Prosperity Partnership"—without the approval of the three nations’ legislatures—both Mexico and Canada were obliged to adopt the Bush security agenda, radical in its defense of unilateral action, preventive strikes, and the violation of civil liberties.

The free trade model has not been entirely successful in establishing itself as the law of the land in the Americas. The rejection of the Free Trade Area of the Americas and the on-going resistance of the MERCOSUR and Andean countries (with the exception of Colombia) have thrown a monkey wrench in the system’s works. The "Pathways to Prosperity" meeting held in Panama Dec. 10, 2008, was the Bush administration’s last-ditch attempt to promote this project, now based on forming a "coalition of the willing" of nations that have accepted FTAs with the United States along the Pacific Rim. This strategy not only locks these nations into trade agreements that limit policy space and increase inequalities, but also isolates these countries from the south-south integration efforts taking place in other parts of Latin America.

During President-elect Obama’s campaign he opposed the free trade agreement with Colombia, stated a need to renegotiate NAFTA, criticized the outsourcing of American jobs, and said that free trade agreements have benefited companies at workers’ expense. Obama affirmed that he is not opposed to free trade, but in favor of making a few modifications to the current model.

On the other hand, deregulation and the concentration of economic power in the hands of fewer and fewer transnational corporations as a result of the free trade model have led to an economic crisis that still has not hit bottom. While the G-20 states the solution lies in more free trade, the U.S. government has implemented subsidies and rescue measures not allowed for developing nations under the agreements’ regulations.

To confront the crisis poor countries require maximum policy space. Measures to avoid an increase in human suffering, such as supporting the most vulnerable sectors and families, require the government to take a more active role in the economy. Now is not the time to restrict the state’s ability by adopting the straight jacket of free trade agreements, nor to continue the polarization of wealth that has resulted as part of the economic model. It is time to rethink the free trade model. 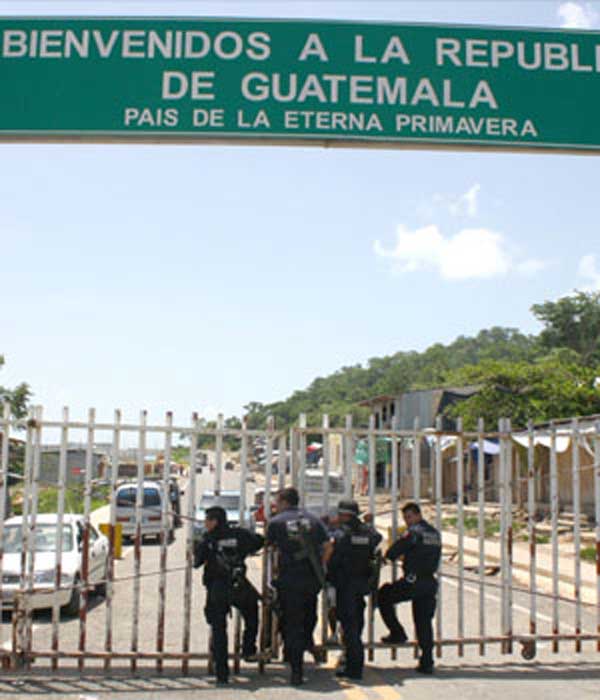