Standing in front of the Vicente Guerrero Elementary School as the children played, Obdulia Balderas recalls when she came to Zihuatanejo in the state of Guerrero more than 40 years ago. A young schoolteacher from the Guerrero town of Taxco, Balderas was haunted by the violence against dissident students and youth by Mexican security forces, who slaughtered hundreds in what has become known as the Tlatleloco Massacre.

Figuring that the quiet port of Zihuatanejo was a safer place and only a stone’s throw from Acapulco, Balderas accepted a job as a third-grade teacher. She was surprised to discover that it took hours to reach the little Pacific bay on a winding, dusty dirt road.

Next to the school was a mangrove estuary where the children hauled out a hidden wooden raft and splashed and fished in the water during recess. Fresh water percolated in from a pristine arroyo that entered the bay.

That was in 1968. A few years later the administration of President Luis Echeverria expropriated communally-owned lands for a new tourist development, offering local landowners a small cut of the sales proceeds.

Today, little remains of Balderas’ memories of Zihuatanejo. The mangroves have been torn out, the estuary drained, and the clean water replaced with a stream of water-born contaminants that enter the bay from a cement-lined canal. On the other side of Zihuatanejo’s main beach, the dirty wastewater defiles the vestiges of a mangrove ecosystem that stretches to Las Salinas Lagoon. A man was recently charged for cutting down more than five acres of threatened mangrove trees at another local beach, Playa Larga.

Zihuatanejo was an appropriate place for the most recent meeting of the International Mangrove Network (IMN)-Mexico, a section of a network that draws together defenders of mangroves from across the globe. Characterized by lazy waters and droopy trees, mangroves constitute "the first scale of life," says Marco Antonio Rodriguez of Marea Azul, a non-governmental environmental group based in the Mexican state of Campeche on the Gulf of Mexico.

Situated on the coasts of Latin America and much of the tropical world, mangrove estuaries are places where the hum of insects, the splash of fish, the flutter of birds, and the prowl of crocodiles can sometimes still convey a timeless natural world in an age where time is money and space a commodity. Tropical mangroves function to capture carbon, incubate numerous aquatic species, prevent coastal erosion, serve as windbreaks to storms, shelter migratory birds from the north, and nourish coastal communities and cultures, say Rodriguez and other members of the IMN-Mexico.

In today’s Mexico, mangrove ecosystems are under growing pressure. Statistics compiled by Greenpeace Mexico and the federal Ministry of the Environment and Natural Resources report that mangrove habitat in the country’s coastal zones fell from 1,041,267 hectares in 1976 to 683,881 in 2007. If present trends continue, Greenpeace Mexico warns, the country will lose an additional 40-50% of its existing mangrove cover by 2025.

The Mexican mangrove story is one that is repeated across the world. A 2001 report from the World Rainforest Movement noted that half the planet’s mangroves vanished during the latter part of the 20th century.

For the members of the Barra de Santa Ana Cooperative in the Mexican Pacific state of Michoacan, mangroves sustained the shrimp harvest in the past and could embrace an eco-tourism project in the future. Co-op members plan to build cabins and take tourists on boat excursions to view crocodiles and other wildlife.

"We’ve created the ecotourism project to satisfy the necessities of our families," says co-op Secretary Hector Madrigal. "We’re only lacking the authorization of the appropriate authorities."

Madrigal and friends maintain a mangrove nursery, planting 5,000 new trees last year. A similar mangrove reforestation effort is underway in the Tres Palos Lagoon near Acapulco, with the support of the city government and local fishermen.

Tourist development, the construction of residential subdivisions in urban centers like Acapulco, new ports on the Pacific Coast, Pemex facilities in the Gulf of Mexico, and contamination of estuaries from heavy metals, pesticides, and other chemicals all pose serious threats to Mexico’s mangroves.

Despite opposition from tourism developers, a tough new law protecting mangroves was approved by the Mexican Congress in 2007. Two years later, pressures to develop coastal tourism and trade, especially in tough economic times, are encouraging efforts to gut the law. According to Greenpeace’s Olivera, two initiatives in the Mexican Congress could elevate development over environmental protection. "We’re worried," Olivera acknowledges. Activists are campaigning to make sure the 2007 law stays intact.

The "Climate Change President" and Destruction of the Mangroves

While President Felipe Calderon and members of his administration make speeches about Mexico being a world leader in reducing greenhouse gases and blunting climate change, environmentalists warn that pro-development policies will destroy an essential ecosystem that guards against the effects of climate change as well as climate change itself.

Mangroves could become a tragic casualty of the rush to trade in the country’s coasts for dollars. Calderon recently inaugurated the Pacific Coast Planned Integral Center (CIP) in Sinaloa. Located in the middle of an extensive mangrove forest, the new tourism project is envisioned to be twice the size of Cancun and attract 3 million tourists annually according to Miguel Gomez Font, director of Mexico’s National Tourism Promotion Fund. Gomez claims the project will grow a city of 500,000 people and create 150,000 jobs.

"With this decision, the government of Felipe Calderon creates a legal uncertainty and allows investors who want to become established in the country an open door to come in without any administrative or legal pressure," Martinez says. "We are now in a situation where ecocide is an action of the state, and there is going to be impunity in the environmental arena."

Earlier this year, Bios Iguana co-filed a complaint with the Montreal-based North American Commission on Environmental Cooperation (CEC) over another project—the massive expansion of the Pacific port of Manzanillo. Manzanillo is a key link in China-North America trade where plans are underway to construct a liquefied natural gas (LGN) re-gasification terminal operated by the Federal Electricity Commission as well as a second LNG facility run by the Ciudad Juarez-based Zeta Gas Company.

The complaint contends the development will jeopardize the Cuyutlan Lagoon, one of the richest mangrove habitats of Mexico’s Pacific Coast, as well as jeopardize the safety of nearby residents. Approved by the national environmental ministry, the local municipal development plan facilitates port and terminal construction—all in violation of Mexican environmental law, the complaint alleges.

CEC Executive Director Adrian Vasquez recused himself from involvement in the Manzanillo complaint. Vasquez’s Mexican citizenship as well as his former service as a Mexican government official drove the decision. A chemist by trade who graduated from the University of Texas at El Paso, Dr. Vasquez previously worked in neighboring Ciudad Juarez and the state of Chihuahua both as an environmental regulatory official and as a consultant to private industry. Zeta Gas is one of the most ubiquitous and influential firms in northern Mexico. Dr. Vazquez also recused himself from participating in another CEC case filed by Chihuahua activists opposed to the planting of genetically-modified corn.

Both the Manzanillo and Chihuahua cases are currently under review in the CEC.

Set up as the environmental side commission of the North American Free Trade Agreement, the CEC does not have the authority to order changes in the Manzanillo project. After reviewing the complaint, the CEC could decide to investigate and deliver statement of facts to Mexican environmental authorities, who would then have the discretion to alter the project or not.

Environment Secretary Juan Rafael Elvira Quezada has called preserving mangroves a "priority task for the current administration," but members of IMN-Mexico contend the federal agency lacks the needed resources and political muscle to be effective.

"On the one hand they have humanistic principles and principles of being Mexican nationalists," says Marco Antonio Rodriguez. "On the other hand, they have interests they cannot overcome."

Perhaps an emblematic case in point involves the former chief of environmental office for the state of Guerrero, Leonel Lozano. Lozano was fired from his post last February after running afoul of tourism developers. The showdown erupted after Lozano filed three legal complaints against the planned Bungalows Playa Azul tourist development near Acapulco.

In response, lawyers for the development pursued a formal complaint against Lozano, alleging he trespassed on private property and exceeded his authority as a government official. Subsequently, the internal affairs division of Mexico’s federal government determined Lozano should be sacked from his job.

Insisting he was within legal limits, Lozano says he ran across violations during one of his routine inspections of the Guerrero countryside. Lozano maintains Bungalows Playa Azul had encroached upon the prohibited federal zone near the beach, partially filling a lagoon with construction material and erecting buildings in a "high risk" area for natural disasters where a lagoon meets the Pacific Ocean.

According to the Acapulco daily El Sur, the Federal Attorney General for Environmental Protection shut down the Bungalows Play Azul site shortly after Lozano’s firing because the development was found to have exceeded its environmental permit.

Lozano’s firing hit the national press, got attention in the Mexican Congress, and provoked outrage among Guerrero environmentalists, including members of the IMN-Mexico. Although a 2008 article in an Acapulco magazine promoting Bungalows Playa Azul bore the logo of the Guerrero state government, Governor Zeferino Torreblanca later publicly disassociated his administration from the project.

A full plate on their table, members and supporters of IMN-Mexico from 47 organizations, the Guerrero state government, and Zihuatanejo municipal governments concluded a meeting in the Pacific town last month. More than 100 people heard research presentations, networked with fellow environmentalists, and issued a statement, "The Zihuatanejo Declaration."

Besides redoubling their commitment to protecting mangrove zones, the signers of the declaration opposed the proposed La Parota Dam near Acapulco, expressed solidarity with Mexican environmentalists facing state repression, and called for public clarification of the Lozano firing.

Signatories of the Zihuatanejo Declaration included the Zihuatanejo Network of Environmental Organizations, Oaxaca Coastal Wetlands Network, Greenpeace Mexico, Bios Iguana, Marea Azul, and SOS Bahia, among many others. The statement addressed Latin American and international issues, including a controversial petrochemical project slated for Venezuela’s Paraguana Peninsula, which has been proposed as a biosphere reserve in the United Nations.

While expressing solidarity with environmental policies of the Venezuelan government, the Zihuatanejo Declaration conveyed concern about a massive development project intended with support from China and Iran.

The Zihuatanejo event was originally planned as a Latin American gathering but was stymied by Mexican immigration authorities, according to Colima mangrove defender Esperanza Salazar. Although conference planners submitted paperwork months in advance in order to obtain visas for a delegate from El Salvador and one from Colombia, Salazar insists, immigration officials finally refused to issue the necessary travel permits. The conference co-organizer blames current Mexican policies that cast suspicion on certain foreign nationals who might attempt to remain in Mexico or try to cross the border into the United States.

"This is very grave for the people," Salazar says, "because it’s part of the struggle, and if we aren’t together, we can’t struggle together."

For Marco Antonio Rodriguez, preserving mangrove ecosystems is an especially urgent task in a world besieged by twin economic and climate crises. Delving into past history as a guide to the future, Rodriguez reaffirmed the sentiments that first brought pro-mangrove activists from Mexico, Ecuador, and Honduras together back in 1995.

"We determined that the only solution was for the people to come together, to form bonds of sisterhood, and to make demands and engage in forms of struggle that permit (people) to conserve the natural resources which sustain their lives and economies," Rodriguez says. 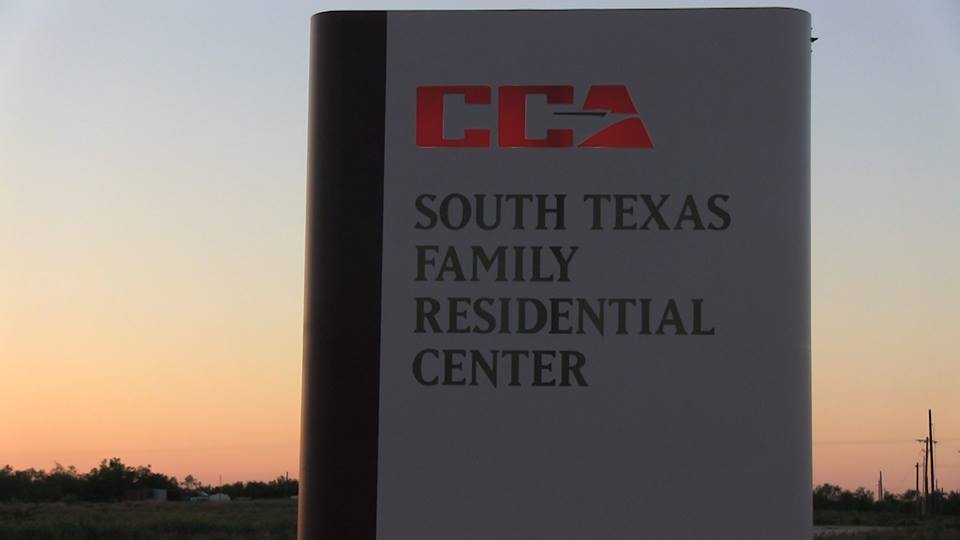