3. No to Monoculture Forests

Since the last week of April the news media has been inundated with updates, commentary, and advice on the human outbreak of Swine Flu originating in Mexico, which in only a few short days became reason to sound global alarm bells. According to various observers and NGOs, including GRAIN, the virus originated in the industrial farm animal production system in which thousands of animals are raised in unsanitary conditions and piled under the same roof, for the sake of efficiency and economy. It is argued that farms on this industrial scale, known as "feedlots," are the perfect breeding ground for viral infections that can become global pandemics.

GRAIN had already warned in Jan 2008 about the dangers to human health caused by massive industrial chicken and pig farms. In 2006 the National Institutes of Health in the United States announced that "because concentrated animal feeding operations tend to concentrate large numbers of animals close together, they facilitate rapid transmission and mixing of viruses." In 2003, the journal Science warned that the growth in size of industrial farms was accelerating the evolution of the Swine Flu virus.

In the community of La Gloria, in the Mexican state of Veracruz, where the first case of the disease was recorded on April 2, the residents had been fighting to have the authorities respond to a strange respiratory disease that the community attributed to a giant hog facility nearby, operated by a subsidiary of the United States firm Smithfield, the world’s largest pork processor. On the outskirts of La Gloria there are also numerous industrial chicken farms; in fact the region had an outbreak of Avian Flu last September.

"Could there be a more ideal situation for the emergence of a pandemic influenza virus than a poor rural area, full of factory farms owned by transnational corporations who care nothing for the well-being of the local people?" asks GRAIN in reference to the situation in La Gloria.

The investigative magazine Multinational Monitor has included Smithfield in its annual list of the 10 worst companies of the year on three occasions, due to the company’s record of environmental violations, monopolistic practices, and antiunion activities.

The U.S. organization Food First has published a report on the impact of biofuel cultivation in the Americas titled "Agrofuels in the Americas," an in-depth study about what the increase in agroenergy means for food safety, labor rights, and environmental problems. The contributing authors of the document examine the issue from a variety of angles: the strategies of biotechnology corporations; free trade agreements; the role of institutions such as the World Trade Organization and the World Bank; and the terrible human cost of agrofuel expansion.

"While the rise of agrofuels cannot be explained based on their dubious social, thermodynamic, or environmental merits, it can be explained as a product of an economic system that continually generates false "solutions" that require profitable capital infusions," says Richard Jonasse, editor of the report, in the introduction. "The documented drawbacks of agrofuels—in terms of energy balance, food security, dubious climate change mitigation, hunger, and human rights—are all trumped by their tremendous utility as engines of economic growth: to biotech companies desperate for returns on their investments in genetic engineering, to grain traders looking for a hedge in volatile commodity markets, and to politicians searching to provide the public with a magic bullet for the systemic problems of overconsumption."

"Agrofuels in the Americas" is available for free in PDF format at the following address:
http://www.foodfirst.org/en/node/2426.

No to Monoculture Forests

Various non-governmental organizations, including Sobrevivencia/Amigos de la Tierra Paraguay, are distributing an international petition aimed at governments, international financial institutions, and other multilateral and bilateral agencies, urging them to exclude all financial support for tree monoculture to promote forest conservation, including financial mechanisms established to reduce deforestation, degradation, and the restoration of forests as a measure to mitigate climate change.

According to the petition, tree monoculture plantations on a large scale are a direct and very important cause of native forest destruction in countries such as Brazil and Chile. In addition, they are a major cause of the destruction of other ecosystems like meadows (including pampas and grasslands) and marshland, and consequently, lead to a loss of biodiversity. Owing to the large use of toxic agrochemicals in these plantations, they are a very important cause of pollution and the deterioration of soil and water resources.

"Sustaining very little employment per hectare of land, and thereby increasing stress on the remaining available land, tree monoculture is escalating the pressure on natural forests instead of reducing it," says the petition.

"We denounce the actions by which the same organizations that are falsely defending the expansion of tree plantations as a measure to decrease stress on natural forests meanwhile are promoting the increase in demand for wood products, agrofuels, and bioenergy produced by cellulose … Only measures of effective demand that result in a sharp reduction of demand for wood, cellulose, and other forest products will lessen the stress caused by the forest industry on natural forest ecosystems."

Text of the petition (in Spanish): here.

The international campaign "Soy Kills," that documents the ravages caused by the monoculture of soy in South America has denounced the Roundtable on Responsible Soy (RTRS) (formerly known as the Roundtable on Sustainable Soy), as a public relations strategy to greenwash the soy industry. They found particularly scandalous the fact that NGO’s environmentalists, such as the World Wildlife Foundation (WWF) and international co-operation agencies like Solidaridad have offered to participate with RTRS.

"Cultivation of soy (genetically modified Roundup Ready) … causes great social and environmental problems in Latin America," the petition states. "The monoculture of soy changes nature and agriculture, on a small scale, into a green desert. The elevated use of pesticides poisons the environment which is vital to the local population …"

"The Roundtable legitimizes further development of the cultivation of soy. Farmers’ organizations and Latin American NGOs have protested over and over again against the false idea that soy can be ‘responsible’ … Solidaridad and WWF play a principal role in the Roundtable. Thanks to their help, the venomous genetically modified soy will shortly receive a stamp of ‘responsible.’ That is why we urge them to change their opinion. Come out in defense of small farms and nature and abandon the Roundtable!"

Brazil is experiencing explosive growth in their production of sugar cane refineries, for sugar and ethanol, which promises to repeat the experience of the soy boom. With similar social and environmental consequences also accompanied by the momentum of the development of genetically modified varieties. Today Brazil is the main producer and exporter of sugar in the world. The country produces more than 50% of un-processed sugar traded internationally today. From 2000 to 2007 areas planted with sugar cane grew by approximately 741,000 acres annually.

In 2008 the U.S. corporation Monsanto bought the Brazilian biotechnology companies Canavialis and Allelyx for USD$280 million. These companies have been developing genetically modified sugar cane resistant to the herbicide Roundup. With that purchase Monsanto has become the largest sugar cane breeding company in the world.

In an article published in April, GRAIN detailed the dismal social and environmental impacts of the sugar cane boom as the biotechnology industry seeks to advance genetically modified varieties. The impacts span from violent land conflicts, which often result in the dislocation of farming and indigenous communities, to deforestation; destruction of bio diversity; as well as contamination and poisoning caused by pesticides.

"Taking a stand against GM sugar cane, and GM sugar in general, is thus important for many reasons," states GRAIN. "It is part of a larger opposition to the expansion of corporate sugar over agricultural land that should instead be used by farmers for local food production. It is also a rejection of the industrialization and dehumanization of a food crop that has significant cultural and economic meaning for many communities, especially with the current rise of sugar-cane-based ethanol. Workers, farmers, and other food producers throughout the tropics and sub-tropics depend on sugar cane as a food source and for their livelihoods. Today they are suffering badly as agribusiness and governments collude to redesign the world map of sugar production. The introduction of GM sugar cane will only worsen and intensify their problems." 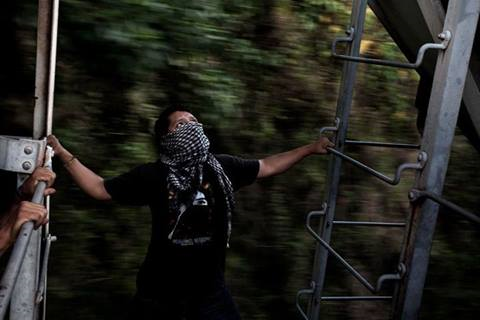