The consolidation of power through brute force represents a serious step backward for the region. How is it possible that a coup d’etat could take place and survive in the 21st century? This is the question that the international community faces after the coup d’etat that Honduras suffered on June 28. On that day, the Honduran Armed Forces kidnapped the democratically elected president, Manuel Zelaya, and forced him onto a flight bound for Costa Rica. The Organization of American States (OAS), the UN General Assembly, the U.S. government, and every Latin American nation have denounced the coup and demanded the immediate reinstatement of President Zelaya. The international diplomatic response was strong and swift, leaving the de facto regime in Honduras isolated. Many believed that this response would be sufficient to force Roberto Micheletti, the "president" imposed by the architects of the coup, to renounce his claim to rule by force.

It has been several decades since Central America emerged from a tragic and bloody era of military dictatorships, in several cases supported by the U.S. government. Times have changed. President Obama united with the global call to restore democracy in the impoverished Central American nation of Honduras. The country has been hit with economic sanctions through the temporary closing of borders with neighboring Central American countries, the freezing of loans from the World Bank and the International Monetary Fund, the suspension of oil imports from Petrocaribe, and the suspension of USD $16.5 million in U.S. aid, among other sanctions.

However, the coup leaders are stubbornly holding on to power. They did not allow the plane carrying President Zelaya and the president of the UN General Assembly, Miguel D’Escoto, to land in the Honduran capital of Tegucigalpa on July 7. Micheletti has stated that he will remain in power until elections slated for November, and will never permit Zelaya to return as president. There is currently a curfew in place across the country, military roadblocks in various regions, and arrest warrants filed against leaders of unions and campesino, indigenous, and human rights movements. Security forces have killed at least three people. Social movements continue to rally in the streets and their numbers and degree of organization have increased daily as they fight for the return of President Zelaya and his right to consult the public on a constitutional assembly. It was this issue that sparked the coup, implemented by the armed forces, and conservative politicians and businessmen.

In an attempt to defuse the situation, President Oscar Arias of Costa Rica began mediating talks between the two sides. It soon became clear that the mediation effort offered little hope of success, since Micheletti refused any possibility of allowing President Zelaya’s return—an obligatory condition for Zelaya, the international community, and the citizens’ movements of Honduras. Micheletti returned to Honduras after just one day of negotiations, refusing to meet with Zelaya and leaving behind a delegation that, because of the intransigence of the coup leaders, does not have the power to advance the talks. The second round of talks the weekend of July 18 produced the same result. Given that the regime is isolated, sanctioned, and being confronted by its own people, how is it possible that the coup is now entering its fourth week, tenaciously maintaining a control that has been widely declared illegitimate?

It is time to recognize that diplomatic pressure alone has not worked. The U.S. government, along with other countries, needs to move past talk and start implementing concrete actions. Although it has applied limited economic sanctions, much more needs to be done based on an official declaration from the State Department that a coup has taken place in Honduras. Commercial measures under CAFTA must also be applied. This implies an incredibly high price, not only for the de facto regime, but also for the Honduran people. The people have made it clear that these measures are necessary and have demanded that the U.S. government and others apply these sanctions. The coup leaders and the international far-right that support them are aware that Honduras is a test case for the Obama administration and the world. If the coup leaders succeed in consolidating power based on military force it will represent a serious step backward for the rule of law in the region.

The Honduran people have shown their willingness to take the personal risks of demonstrating in the streets against the coup and enduring the consequences of more sanctions. The rest of the world should follow their example in the fight for democracy and demand that their governments implement stronger measures to restore Honduras’ constitutional order. Only then will it be possible to send a message once and for all that military coups are unacceptable in the 21st century. 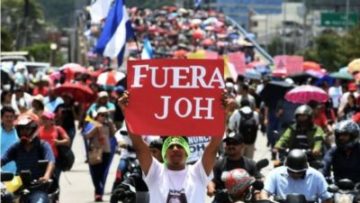 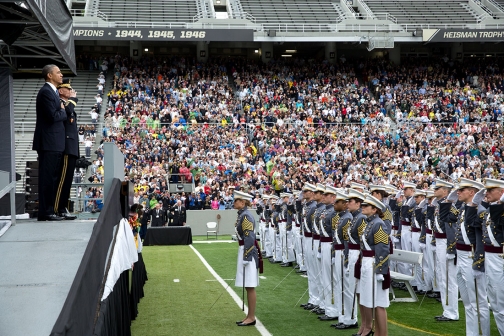 Does Obama Still Want to Police the World?