Recently the presidents of South American nations launched a proposal to form a “Community of Nations” that would group twelve countries covering 17 million square kilometers, with 361 million inhabitants, and a GDP of more than $970 billion dollars.

The initiative arose in December 2004 in the context of the third summit of the heads of state in Cusco, in the heart of the Peruvian Andes. Its main promoters were presidents Lula da Silva of Brazil, and Alejandro Toledo of Peru, with the strong support of the Mercosur, represented by Eduardo Duhalde of Argentina.

An undertaking as ambitious as a community of nations quickly rallies citizen support in Latin America, since this goal has a long history–dating back to the days of the struggle for independence. Although this makes it difficult to critically analyze these kind of measures, it is still important to do so. The current proposal offers several good intentions but few concrete measures, along with a strong emphasis on commercial ties.

The South American Community of Nations (SACN) was presented as an ambitious program that its promoters compared to the European Union. However, the presidents did not sign a treaty to constitute the Community and barely achieved a declaration with generic commitments on issues such as combating poverty, generating employment, assuring education, and committing to peace and democracy. Their principle objective was the creation of a “South American area that is integrated politically, socially, economically, environmentally, and in infrastructure.” They also noted that the Community should develop on the basis of “cooperation and concerted political and diplomatic action” and especially through the convergence of the two large commercial blocs: the Southern Common Market (Mercosur) and the Andean Community of Nations (CAN), along with Chile, Guyana, and Surinam.

The proposed integration is essentially economic, based on the agreement for commercial complementation between the two blocs, and through greater interconnection of highway, energy, and communication systems. It is true that the Declaration of Cusco cites other objectives, such as the promotion of rural development, and technology transfer, but its most concrete and evident component is to strengthen regional infrastructure. In particular it seeks to support present programs, especially the Initiative on Regional Infrastructure of South American (IIRSA, by its Spanish initials). The founding agreement declaration for the Community does not specify any other specific measures, instead charging the foreign relations ministries to prepare a future plan of action.

IIRSA is a vast construction project for new highways, bridges, waterways, and interconnections in energy and communications throughout the continent, particularly in the tropical zones and the Andes. IIRSA is the result of the first South American Presidential Summit in 2000. and now includes some 300 integration projects, some of which are already being implemented. It is financed by the Inter-American Development Bank, the Andean Promotion Corporation, the Plata Basin Financial Fund (FONPLATA) and Brazilian governmental agencies.

One of the few specific accords of the launch of the SACN was the reorganization of IIRSA. The new cooperation agreement reduces the number of projects from 300 to 31 and places them under the umbrella of the Community. Among the public works approved in Cusco is a new highway between the state of Acre in the Amazon jungle and the department of Madre de Dios in Peru, to attain access to the Pacific. There is huge debate over this type of project since opening highways in the Brazilian Amazon would provide transport routes for exports and so increase dramatically commercial agriculture, cattle, and mining activities in the states of Rondonia, Mato Grosso, and Acre. These regions have already seen the rapid spread of cattle ranching and agriculture, especially soybean production, in spite of restrictions on transport. With new ocean access routes, these sectors will grow even more. Among the social impacts are the displacement of family agriculture and the exclusion of indigenous groups. Environmental impacts include the loss of tropical forests, increased erosion, and an increase in agricultural chemical pollution. Moreover, opening new highways in Peru coupled with greater trade liberalization would directly affect Peruvian farmers who would have severe difficulties competing with many other Mercosur products.

Considering these negative aspects, the question arises: Why does Brazil insist on creating a South American Community? The available evidence indicates that this strategy responds on the one hand to a desire to increase export-oriented infrastructure and on the other, the goal of expanding the Mercosur as a free-trade zone.

In effect, the infrastructure plans, which have been a key demand of agro-industry, are a key issue in the current strategy of the Lula da Silva government. They have received strong support in the five-year program, and have been given lines of credit by the state development banks that have financed various projects in Brazil, as well as in neighboring countries within the framework of IIRSA. In Brazil and in the other countries, current economic ideas assume that increasing exports is an indispensable factor in achieving the higher income needed to support the government and pay the foreign debt. A rapid increase in exports is only possible if exporters have more and better highways, connections to new ports, and access routes to the Pacific Ocean given the growing demand from China and Southeast Asia .

In this sense, the SACN serves to increase access routes for exports. This explains why there is much insistence on building new highways and waterways but no concrete plans of action on the broad objectives like combating poverty. Its own commercial goals could generate new tensions among members, since many of them export more or less the same products and have still not achieved productive coordination and so compete directly for international markets.

The creation of the SACN forms part of the model of broadening Mercosur that Brazil is promoting and furthering through trade agreements with the Andean countries. The agreement on commercial complementation between CAN and Mercosur converts a large part of South America into an embryo of a South American free trade zone.

This is a “weak expansion” of Mercosur, where new nations join only as “associated members,” and do not enter into the structure of political commitments of the “full members” of the block. Therefore, although the Mercosur grows in number, it does not advance in mechanisms of productive coordination, nor substantially strengthen its political structure. Instead it maintains the model laid out in the 1994 accords.

The newly expanded Mercosur also has not managed to become an effective instrument for regulating relations among associates and neighbors. Border conflicts still exist between Bolivia and Chile, which gives leave to doubt about how to consolidate a South American Community where two members do not even maintain diplomatic relations.

At the time of spearheading the creation of the SACN, several full members of the Mercosur were involved in low-intensity trade disputes (Argentina, Brazil, Paraguay, and Uruguay.) For this reason, some heads of state felt that it was necessary to strengthen Mercosur before advancing in the accord with the Andean Community or thinking of forming a South American Community. This explains why the presidents of Argentina, Paraguay, and Uruguay did not participate in the launch of the Community, generating uncertainty about its immediate future and sending a clear message to President Lula.

The idea of the Community also represents many risks for the Community of Andean Nations. The CAN is facing a tense moment for many reasons–including the negotiation of free trade agreements between Colombia, Ecuador, and Peru and the United States, and the growing distance from Venezuela and the demands of Brazil for a closer relationship. In this way, the CAN is being pulled in two directions and of course joining the SACN does not solve its problems.

Finally, the idea of an association restricted to South America is a new blow to the dream of Latin American unity, since it excludes Central America, the Caribbean, and Mexico. This sub-regional approach to integration where most notably Mexico is left out, was attempted before at the first presidential summit of South America convoked by then-president of Brazil, Fernando Henrique Cardoso. The current situation is in large part the continuation and accentuation of the Brazilian ideas from back then.

Although the announcement of the South American Community of Nations invokes the persistent dream of a union of governments and peoples, the current proposal remains firmly on the path of traditional trade agreements. In reality, a Latin American union requires taking another path, with more attention to social and political demands. 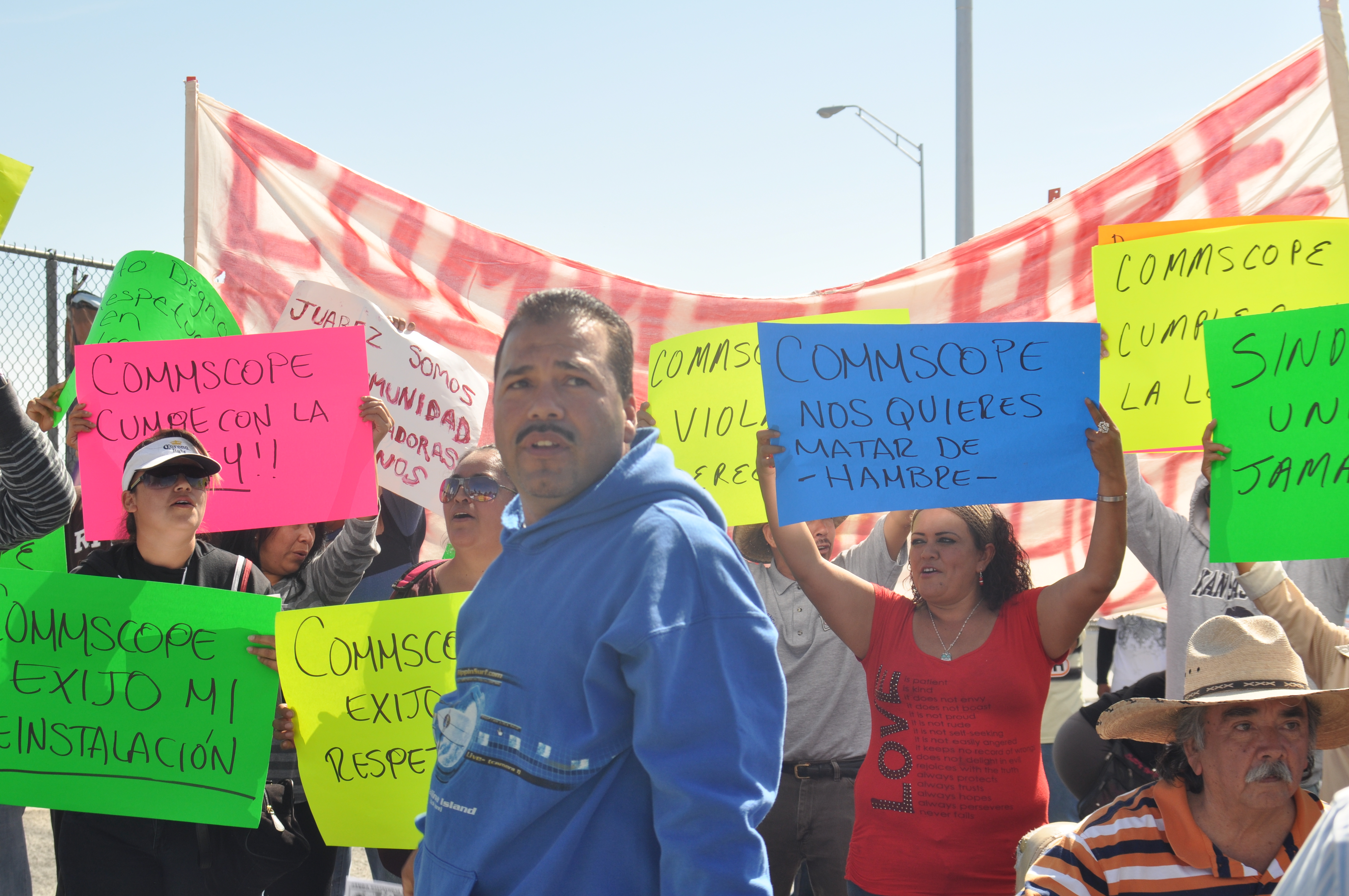